There are few journalists in Australia as recognisable as George Negus. Known for his charisma, his peerless and fearless approach, and his signature moustache, he has reported through decades of technological, political and social change.

He has asked the hardest questions of world leaders, movie stars, business executives and sporting heroes.

But George was a late starter to journalism. After going to Indooroopilly State High School he studied at the University of Queensland and became a high-school teacher.

He got his first reporting job at 28, but it wasn’t long before Australians were taking notice of his exciting storytelling style as the teacher-turned-reporter travelled the nation and the world in search of the great yarn.

For decades he was in the front row, witnessing historic events first hand, and reporting back to a grateful Australian audience.

He has worked for many news organisations – The Australian, The Australian Financial Review, SBS, Channel Nine and Channel 10. He was a reporter on the ABC’s This Day Tonight and Nine’s 60 Minutes, the first presenter of Foreign Correspondent on the ABC and the presenter of Dateline on SBS.

In later years, he set up his own production company and continued to pursue the stories he loved.

Negus was made a Member of the Order of Australia in 2015. He was honoured for his significant service to the media as a journalist and television presenter, and to conservation and the environment. When he accepted that award, Negus said he was grateful to the many journalists, camera crews and production staff who helped him achieve great things over the years.

He told the ABC he’d always been intrigued by the “why” of things, even before he set out on a career where he was constantly asking: “Why? Why do things happen? Why do people do that? Why don’t they?”

Over the years, he has assisted countless journalists and mentored younger staff, passing on his wisdom, his experience and his skill.

Those who know him say he’s stayed true to his journalistic principles and to his political principles, based on a fair go for ordinary people.

He joined the Australian Journalists Association, as it was then, on March 31, 1969 and remained a solid union member until his retirement just a few years ago. 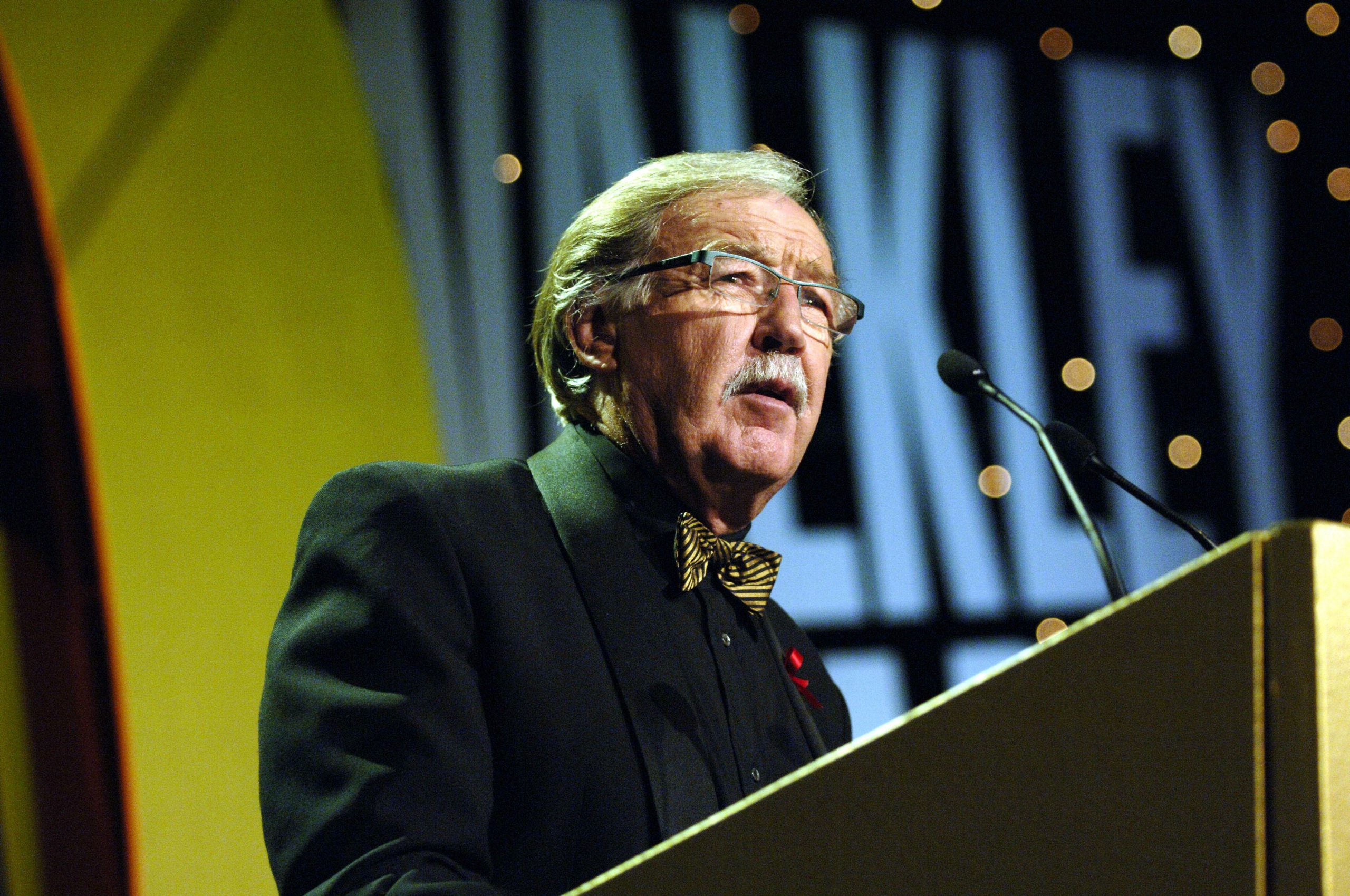 “I had admired George Negus as an insightful, determined, clever and witty journalist before it was my privilege to become his book publisher in 2001.

“With the publication of The World from Italy, The World from Islam and The World from Downunder, all published by HarperCollins, I was able to witness first hand his legendary communication skills both in written form and when he was promoting books on the road. As he would say: ‘I tell it like it is’.

“As a journalist and writer, George Negus has been able to distill the most complicated issues into the equivalent of a fireside chat. The sales of his books, which became bestsellers, prompted the adoration of the crowds who came to see him at writers’ festivals and in bookshops. When George was reading his books, in that distinctive Negus voice with the distinctive Negus twinkle in his eye when appropriate, the Australian public melted.

“What a legend. And what a contribution to Australian journalism. George Negus is a worthy recipient of the 66th Walkley Awards Outstanding Contribution to Journalism.”

Shona Martyn is the CEO of the Walkley Foundation and a former Publishing Director of HarperCollins Australia. 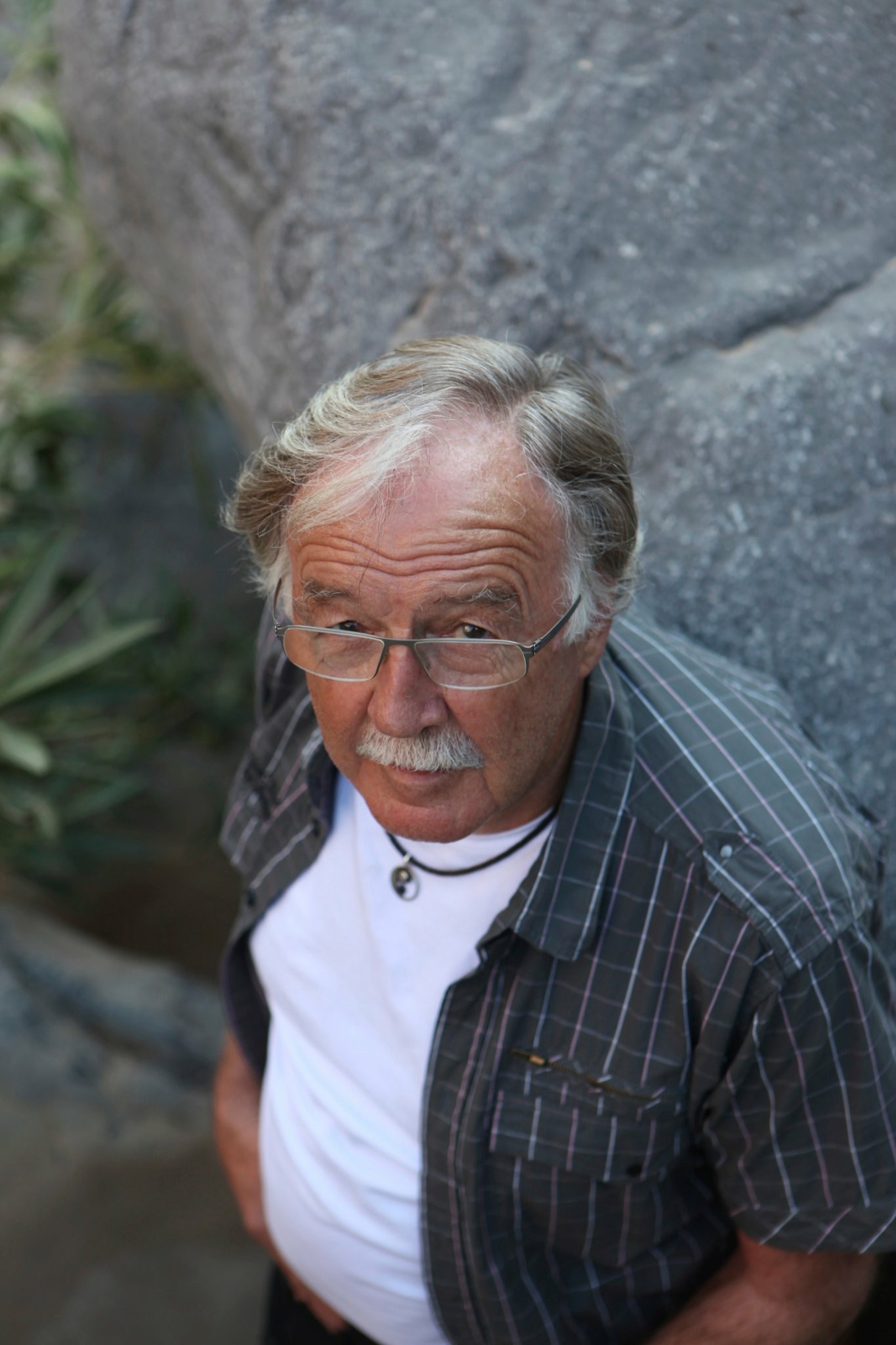 I feel honoured to write this statement, because there are few journalists of my lifetime for whom I have greater affection and respect than George Negus. His contribution has been literally outstanding: it stands out from that of everyone else. There was, and is, no one else like him. It’s like he created his own style of journalism.

Many will talk of his signature melding of worldliness with his knockabout everyman style. For me, that took particularly sharp expression with his work on Islam and the Muslim world, at a time when so few people had anything good or humanising to say about either. But George had the confidence, the sincerity, even the courage, to dive into these societies with a completely open heart, and a preparedness to take people as he found them, rather than filtering them through his pre-conceptions. And by doing that, he found human beings to whom we could relate, even if the circumstances of their lives were so different from ours. George had this singular ability to present difference with clarity and honesty, but in a way that was bonding. Only the most perceptive – in fact, only the best – can do that.

I remember when I first started hearing people in the Muslim community talking about this new book, The World From Islam. It was in the heat of the 9/11 era. The world felt like a daily assault, and every public impression of Muslim societies seemed as though it had been deformed by the journalistic lens. Muslims would regularly scan media and see nothing they could recognise of themselves, or the people and societies they knew. What they saw was caricature.

So when I heard Muslims talk about this book, there was this sense of bewilderment: as though they couldn’t believe it existed. Could a Western journalist really “get” these societies in this way?

Years later, when I was involved in a show called Salam Café on SBS, we dreamed of getting George involved in a mock interview with one of our satirical characters who was campaigning to become the Mayor of Camden, NSW (then a site of considerable Islamophobia), on the promise of renaming it “Islamden”. We were nervous about asking, but George jumped at the chance, creating one of the highlights of our series. You can tell when someone is fully committed to the idea, genuinely investing in creating the best possible piece of television. That was George. For that moment, he was part of the team. He even signed off the interview with “insha Allah”, a popular Islamic phrase.

In Islamic history, “the Negus” is the title of a Christian king who provided refuge to the earliest Muslims who were fleeing for their lives from Mecca. It is therefore a shorthand for a figure whose compassion and justice makes them an ally. George’s name was almost miraculously perfect!

Among the Salam Café team, we would call him George the Negus in honour of that fact.

Personally, my television career always seems to have walked along trails George has at least partly blazed. My first television hosting job was on The Late Sessions in 2011: a dinner-party chat format originally created for George. I only got the job because in the end, he couldn’t fit it in. Then finally, I ended up at The Project, initially as a guest panellist. Even that role was carved out by George who would regularly appear on the panel, lending journalistic gravitas to the show. Without his contribution, The Project might have been mostly cast with comedians and entertainment journalists.

George was part of the radical shake up at Channel Ten that introduced a heavy news schedule on commercial television. His own show, 6PM, did not last. But it changed the DNA of the network, introducing people like Hamish McDonald to us, and helped refine the style of delivering serious news in a sharp, commercial format. By the time I arrived at The Project, I was walking into precedents George had created.

At every major juncture of my career, George Negus has been there. I’m sure I’m not the only person who can say that. That’s not anything deliberate on his part. It is, I think, a consequence of the fact that whatever he did – even when, like 6PM, it wasn’t a lasting success – he was always taking Australian journalism to a better place: a place others, like me, would then inherit.

And that’s exactly how you’d describe someone who deserves this award.

Waleed Aly is co-host of The Project (Network Ten), co-host of The Minefield (ABC Radio National) and a columnist for The Age and The Sydney Morning Herald. 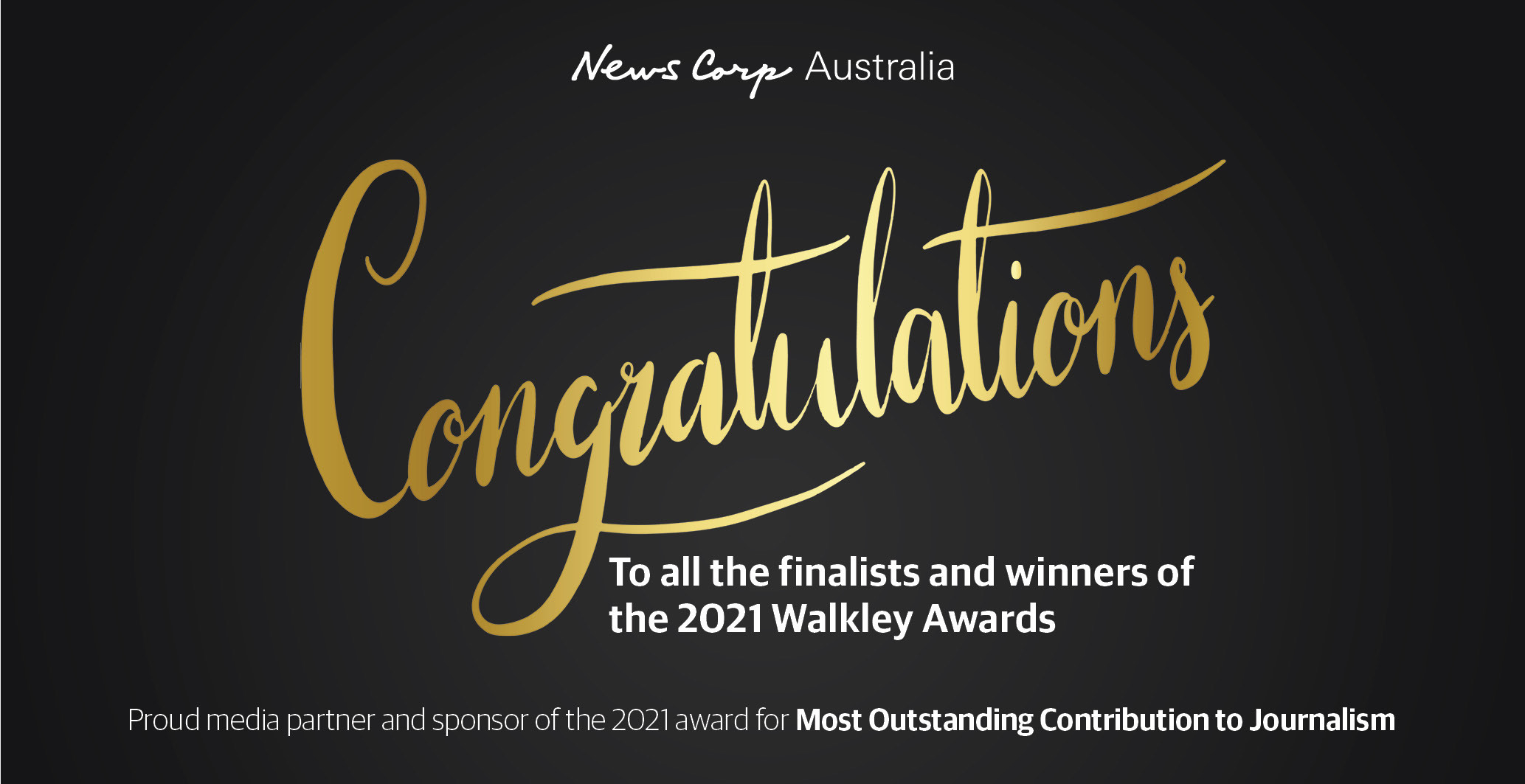