2022 applications have closed. Winner of the 2022 Grant will be announced at the Mid-Year Celebration of Journalism on June 15.

Why a grant for Pacific journalism?

This grant offers up to $10,000 to assist an Australian journalist to produce a significant work of journalism in any medium. Journalists from all sectors, backgrounds and experience levels are encouraged to apply with pitches for reportage, features and news stories. Applicants with three years’ or less reporting experience can access a mentor to support their project development (further details included in the How To Apply section below).

The work will give voice to Pacific island perspectives on an under-reported issue or development of importance to Australia and the region.

The judges are looking for original journalism with public interest value and impact. Stories that surprise, educate and make a difference. The kind of stories that inspire news editors and audiences alike.

This grant aims to provide:

Mentorship option
A mentor with significant experience of reporting in the region can be available to provide guidance to the successful award recipient on a quarterly basis throughout the term of the project. If you’re an applicant with three years’ journalism experience or less, and this is of interest, please include how you would hope to work with a mentor in your application.

Webinar: Pacific Journalism
To help prepare for your application, you can watch a recording of our webinar featuring past grant-winners and Sean Dorney himself. 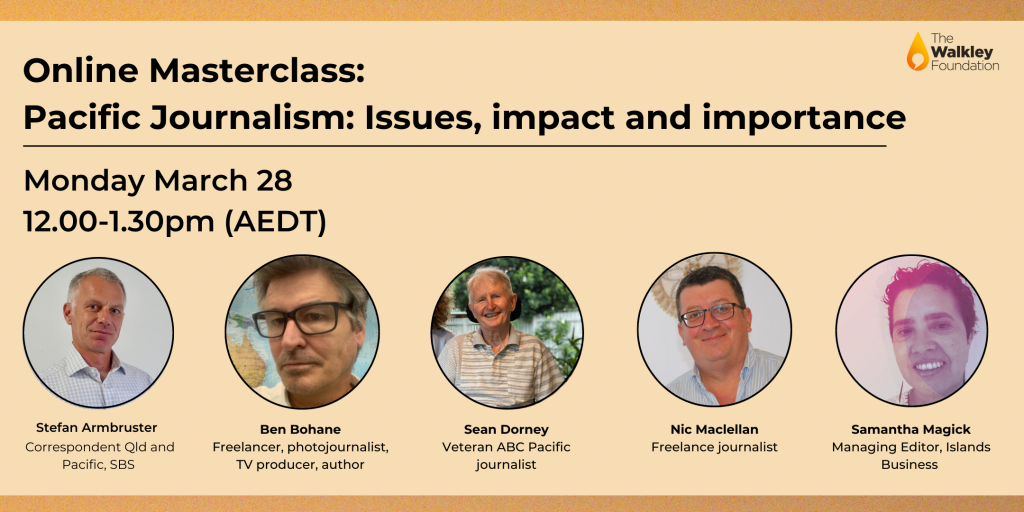 June 15, 2022: Recipient announced at the Mid-Year Celebration of Journalism 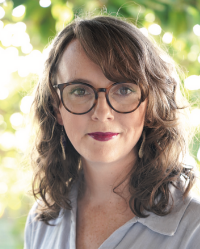 Natalie Whiting is the ABC’s Papua New Guinea Correspondent. For almost three years Whiting has been at the forefront of coverage of PNG, including the 2019 political upheaval and election of Prime Minister James Marape, the Bougainville independence referendum, the visit of Chinese President Xi Jinping and the hosting of APEC, the death of Sir Michael Somare, and the COVID-19 pandemic.

Whiting is a video journalist and cross-platform reporter who has previously worked for ABC News, radio current affairs and 7.30. Before moving to Port Moresby, she filed for the ABC from across Australia, with a particular focus on stories from outback and regional areas. She started her career with the ABC in Broken Hill and was later based in Orange, Sydney, Adelaide and Hobart. Natalie Whiting has received numerous awards for her reporting, including the ABC’s prestigious Andrew Olle Scholarship.

Who is Sean Dorney?

Sean Dorney is an undisputed icon of Pacific reporting within the Australian media. In 2018 his illustrious 40-year career as a journalist in Papua New Guinea and throughout the Pacific islands region was recognised with the Walkley Award for Outstanding Contribution to Journalism. Sean’s passion for the region, and for the work of the Australian media in telling Pacific stories to Australian audiences, is legendary and unquenchable. Sean is living with Motor Neurone Disease and this grant is one way in which his impact and legacy can be carried forward by and for the industry he loves.

For questions on the grants program, please contact Lauren Dixon via email or call 0413 212 890.

If you believe supporting more and better reporting of Pacific issues is important, consider making a donation to the Sean Dorney Grant today. Just donate online and add ‘ Sean Dorney Grant’ in the comment box.

The Walkley Public Fund for Journalism

These grants are funded by the Walkley Foundation’s Public Fund. The industry needs more from us, and to provide that kind of support, we need help to grow the Walkley Public Fund. The Fund is an opportunity for individuals and organisations to come together and show their support for journalism and the vital role that it plays in supporting democracy, with a tax-deductible donation.

You can find out more about the fund, what we support, and how to donate here.

Congratulations to Jo Chandler and Nic Maclellan, winners of the 2020 Sean Dorney Grant for Pacific Journalism

“Before Noumea, there was only London, Washington and Ottawa” by Nic Maclellan (Inside Story)

“Our accession to sovereignty is inevitable” by Nic Maclellan (Inside Story)

“The Americans are coming” by Nic Maclellan (Inside Story)

Congratulations to Ben Bohane, winner of the 2019 Sean Dorney Grant for Pacific Journalism

Australian photojournalist, author and TV producer Ben Bohane was announced as the winner of the inaugural Sean Dorney Grant for Pacific Journalism at the 2019 Walkley Mid-Year Celebration. Read more about the announcement here.

With the support of this grant Ben was able to produce a number of stories covering Bougainville’s referendum for independence for The Sydney Morning Herald and The Age. Follow the links below to read the stories featured throughout November and December in these publications. 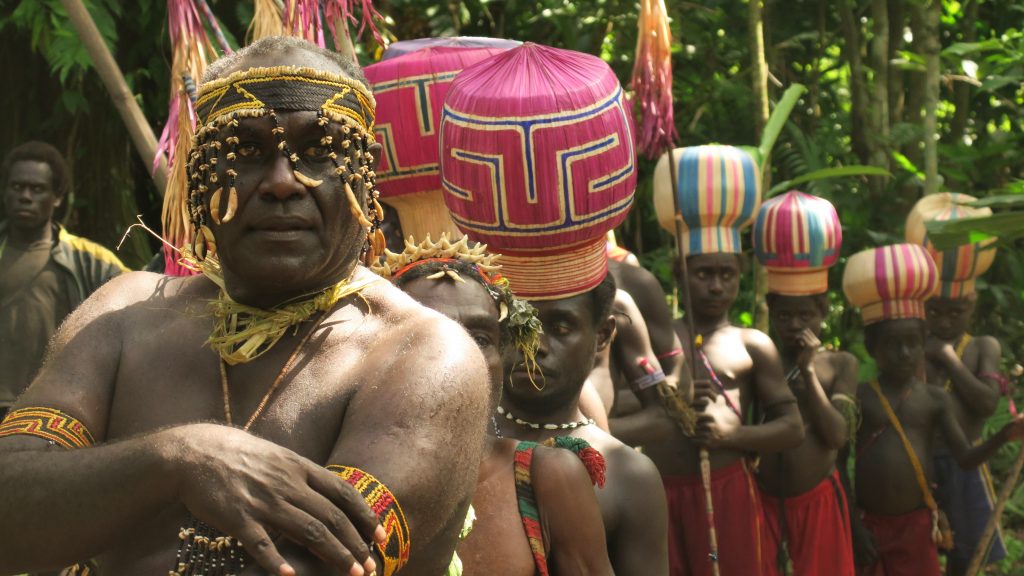 John Sisiesi, the returning officer for Bougainville’s referendum, stands with boys wearing Upe hats as they emerge from the bush. Sisiesi is from a community nearby, along the north-west coast of Bougainville, one of the few areas where the Upe tradition continues after Christian missionary activity over the past 100 years curbed it elsewhere. The boys are isolated in the bush for some years learning tribal law, bush skills, fighting and house building, bush medicine and love magic. As the Upe symbolises maturity, some see it as a fitting symbol for Bougainville as it comes to maturity in nationhood. Photo: Ben Bohane.

Sign up for our newsletter for updates on the Sean Dorney Grant.