On average, one woman each week in Australia is killed by a current or former partner. Research demonstrates that attitudes toward gender equality, and toward violence against women, play a major role in influencing rates of gendered violence.

There is a clear link between media reporting and community attitudes towards violence against women. Journalists play a vital role in shaping the public conversation and raising awareness of the true extent of this problem.

The Our Watch Award for excellence in reporting on violence against women and children exists to reward journalists for playing a part in changing these attitudes and stopping the violence before it starts.

The Walkley Foundation administers this award on behalf of Our Watch.

“This podcast series is raw and powerful storytelling at its best.  It unpacks with care and diligence the complexities of what happens after a woman leaves an abusive relationship. It is thoughtfully articulated through Roia Atmar’s own story, interwoven with voices from other advocates and leaves us with a deeper, more nuanced understanding about gendered violence and what it is really like to be a survivor. Thank you for this incredible piece of work.” 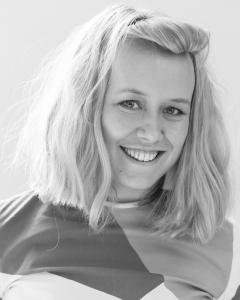 Beth Atkinson-Quinton is an award-winning audio producer, broadcaster, and journalist. They are the co-founder of Broadwave and have created work for Guardian Australia, ABC RN, the Wheeler Centre and more. Recently, Beth co-produced Tender: Roia Atmar (Broadwave) and series-produced Bad Taste (SBS). Currently, they are producing for ABC Audio Studios. 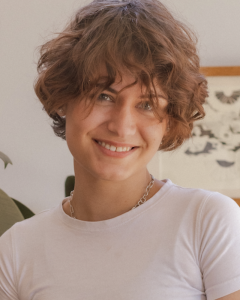 Madison Griffiths is an award-winning writer, audio producer and artist. She is the co-producer of Tender: Roia Atmar (Broadwave), an audio-documentary that explores what happens once women leave abusive relationships. She has had essays published in the Guardian, VICE, SBS, The Saturday Paper, Overland, Meanjin and more and is currently working as a columnist for Shameless. Her work largely centres around gendered violence and reproductive access.

The Our Watch Award for excellence in reporting on violence against women and children recognises the work of an individual, team or news organisation in highlighting the drivers of gendered violence and the way these intersect with other forms of discrimination and abuse faced by victims.

Eligible formats include rolling coverage or a series of news reports or features, or one longform piece. Entries can be examples of journalism of any medium (text, radio or visual) and published on any platform (print, broadcast, online and through social media).

Entries must demonstrate how the reporting was realised and how intersecting forms of discrimination were considered and represented in it and provide evidence of its impact.

Entries may be a single piece of work, or may consist of up to three pieces of work to represent a body of work.

Judging will take into account deadlines, resourcing and other pressures faced by the entrant/s, as well as ongoing reactions to the work, or social or legislative outcomes arising from it.

Judges also take into consideration isolation or exposure to outside forces, as well as the real or potential dangers in presenting a story.

Entries must have been published, broadcast or televised in Australia from April 27, 2022 to April 26, 2023. Entry into the Our Watch Award is based on independent acts of journalism, free from any commercial or corporate interests.

All entrants must certify that the entry is their original work. Apart from standard sub-editorial/production treatment, submissions must adhere to the MEAA Code of Ethics in their preparation; undertake to abide by this Code of Ethics; and have complied with all copyright requirements.

Entry is free for members of MEAA. The cost of entering the award for non-members is $50 including GST. For inquiries about MEAA membership, please contact members@meaa.org or call 1300 656 513.

History of this award

The objective of Our Watch’s ongoing work with the Walkley Foundation is to improve the quality of reporting on violence against women and their children by building awareness of gender inequality as a key driver of this violence.

More information on the Our Watch Awards, including previous finalists and winners, can be found here.

Australia’s first awards recognising reporting on gendered violence were established by Domestic Violence Victoria. It is only thanks to the devoted and prolonged efforts of DV Vic and others in the sector that a place for this award exists today.

The winner of the 2021 Our Watch Award was Samantha Maiden for “Young staffer Brittany Higgins says she was raped at Parliament House” “Parliament office ‘steam cleaned’ after alleged attack” and “Minister Michaelia Cash’s voicemail message to Brittany Higgins” published in News.com.au

The winner of the 2020 Our Watch Award was Nina Funnell for the “Let Her Speak” series of articles, published in News.com.au, The Mercury and NT News.

The winners of the 2019 Our Watch Award were Sarah Dingle and the Background Briefing Team, Radio National, ABC for “Australia On Trial: Carers who kill, Slavery in the suburbs, Murder on Trial”

Past Our Watch Award winners