“Knight condemned by his own hand”

The Age and The Saturday Age

The Age’s crime writer John Silvester knows his beat; he’s deeply informed, can draw on a well-stocked spice cupboard of tasty anecdotes to season any yarn, and must have one of the most colourful contact books in the game. As law and order rose to become one of Victoria’s biggest election issues in 2017, Silvester brought all that experience to this body of work, examining contentious issues with persuasive and hard-hitting commentary.

In “Tough-guy laws: brave or stupid?”, he explores the changes to the law that resulted in a big jump in prison numbers, and asks whether they will ultimately be counterproductive. He takes the state government to task for rolling out “Protective services officers” to guard metro rail stations at night as an expensive, flawed election promise. And he argues against the introduction of a special law banning prisoner Julian Knight from applying for parole, drawing on leaked letters to show Knight is far from reformed and rather “condemned by his own hand”.

Silvester has been a crime reporter based in Melbourne from the late 1970s. Today he’s a senior crime reporter and columnist for The Age. He won the 2007 Graham Perkin Australian Journalist of the Year and 2008 Victoria Law Foundation Legal Reporter of the Year. He has won seven Melbourne Press Club Quill awards, nine Victorian Law Foundation Awards, a Ned Kelly Award for true crime writing and a Ned Kelly lifetime achievement award. He’s also won three Walkleys, including in this category in 2012. 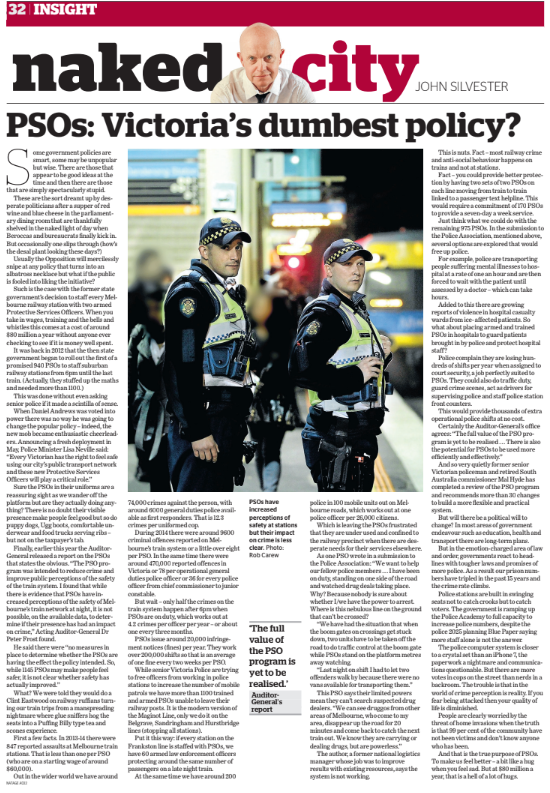 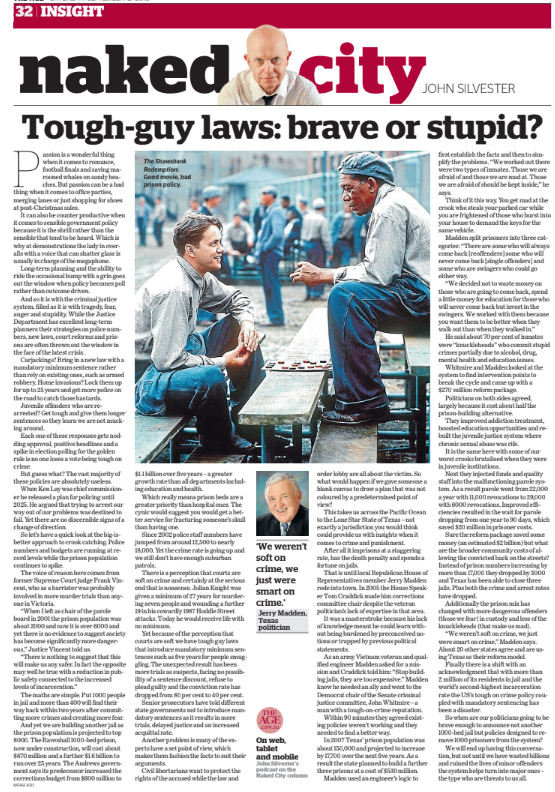 John Silvester’s writing style is as hard-hitting as his subjects. His analysis is forensic; his arguments based in legal fact and evidence-based. His opinions do not always follow popular or political opinion, but the impact of his commentary is capable of changing minds and law.