Michael Green and the Behind the Wire/Wheeler Centre Team

An unprecedented insight into daily life in detention on Manus Island, this podcast wove a narrative from thousands of WhatsApp voice messages sent from a smuggled mobile phone by refugee Abdul Aziz Muhamat to journalist Michael Green. This smart, innovative work had emotional impact and humanised a political issue.

The Messenger is a co-production of Behind The Wire (Michael Green, André Dao, Hannah Reich, Bec Fary, Abdul Aziz Muhamat) and the Wheeler Centre for Books, Writing and Ideas (Jon Tjhia, Sophie Black) in Melbourne, Australia. Behind the Wire is a volunteer-run oral history project, documenting the stories of people who have been detained by the Australian government after seeking asylum in Australia.

Green is a Melbourne journalist and has been exchanging voice messages with Aziz Muhamat since March 2016. He is the coordinator of Behind the Wire, and worked on a book of people’s stories from detention called They Cannot Take the Sky (Allen & Unwin).

Aziz Muhamat is a 24-year-old man from Darfur, Sudan. He is from the Zaghawa ethnicity and, with his family, he fled his village across the border to a refugee camp in Chad. He arrived in Australia by boat in 2013 and was taken to Manus Island, where he remains. He has helped to organise other detainees’ participation in legal challenges to their ongoing detention, and spoken out about the conditions in the centre with CNN, Al Jazeera, and the Guardian.

André Dao is a writer, deputy editor of the New Philosopher and co-founder of Behind the Wire. He was editor-in-chief of Right Now, a human rights media organisation, from 2009 to 2014.

Bec Fary is a freelance podcast producer and has contributed to Better Off Dead, Behind the Wire and the Dumbo Feather Podcast. Bec teaches radio and podcasting skills at SYN Media.

Jon Tjhia is the Wheeler Centre’s senior digital editor and has worked on multimedia, editorial and digital projects since 2010. He produces the Paper Radio podcast (as heard on RN), and previously was a digital producer at ABC Radio Australia.

Sophie Black is a content strategist at The Wheeler Centre, currently co-producing projects such as The Messenger podcast and the ABC Radio National program Talkfest. Previously she was editor-inchief at Private Media and the 2013 director of the Adelaide Festival of Ideas. 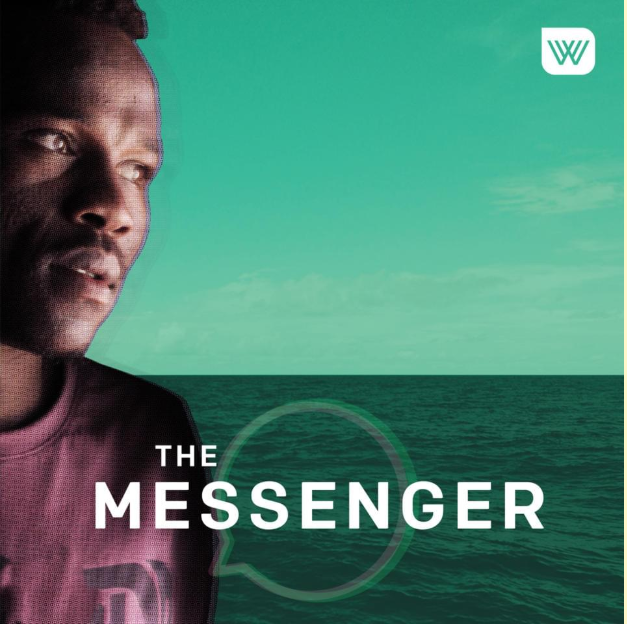 The Messenger podcast is an innovative and ground-breaking example of long-form audio storytelling. The clever use of WhatsApp to smuggle out voice messages gives voice to and brings alive the largely untold, first-hand experience of a detainee on Manus Island. The medium allows Abdul Aziz Muhamat to tell his own story.