This running news story provided tantalising insight into the high-level machinations behind the sacking of ABC managing director Michelle Guthrie, and raised important issues about the national broadcaster, the board and its relationship with government.

Michael Koziol and Jennifer Duke delivered a series of exclusives based on highly personal emails between Guthrie and chairman Justin Milne, revealing why their relationship broke down. Milne was forced to resign amid allegations he’d interfered in editorial matters for political purposes. The revelations led to renewed scrutiny of how the board and chair are selected and how the ABC’s independence can be guaranteed.

Michael Koziol has been a journalist with The Sydney Morning Herald and The Age for five years. He has been a breaking news reporter, federal political reporter, immigration and legal affairs correspondent and a Sun-Herald journalist, as well as covering communications (including the ABC) out of Canberra.

Jennifer Duke is a media and telecommunications reporter for The Sydney Morning Herald and The Age. She started her career as a junior reporter on a property investment magazine and has previously worked as a property reporter for Domain and the editor of Private Media’s Property Observer.

“Exposing the extraordinary, colourful clash between two powerful individuals in one of the most important cultural institutions in the country, this story went to the heart of editorial independence. Michael Koziol and Jennifer Duke were ahead of the curve, breaking personal stories and anecdotes involving the key players. It was complex and engaging news reporting, turned around quickly, and the ramifications were immense.” 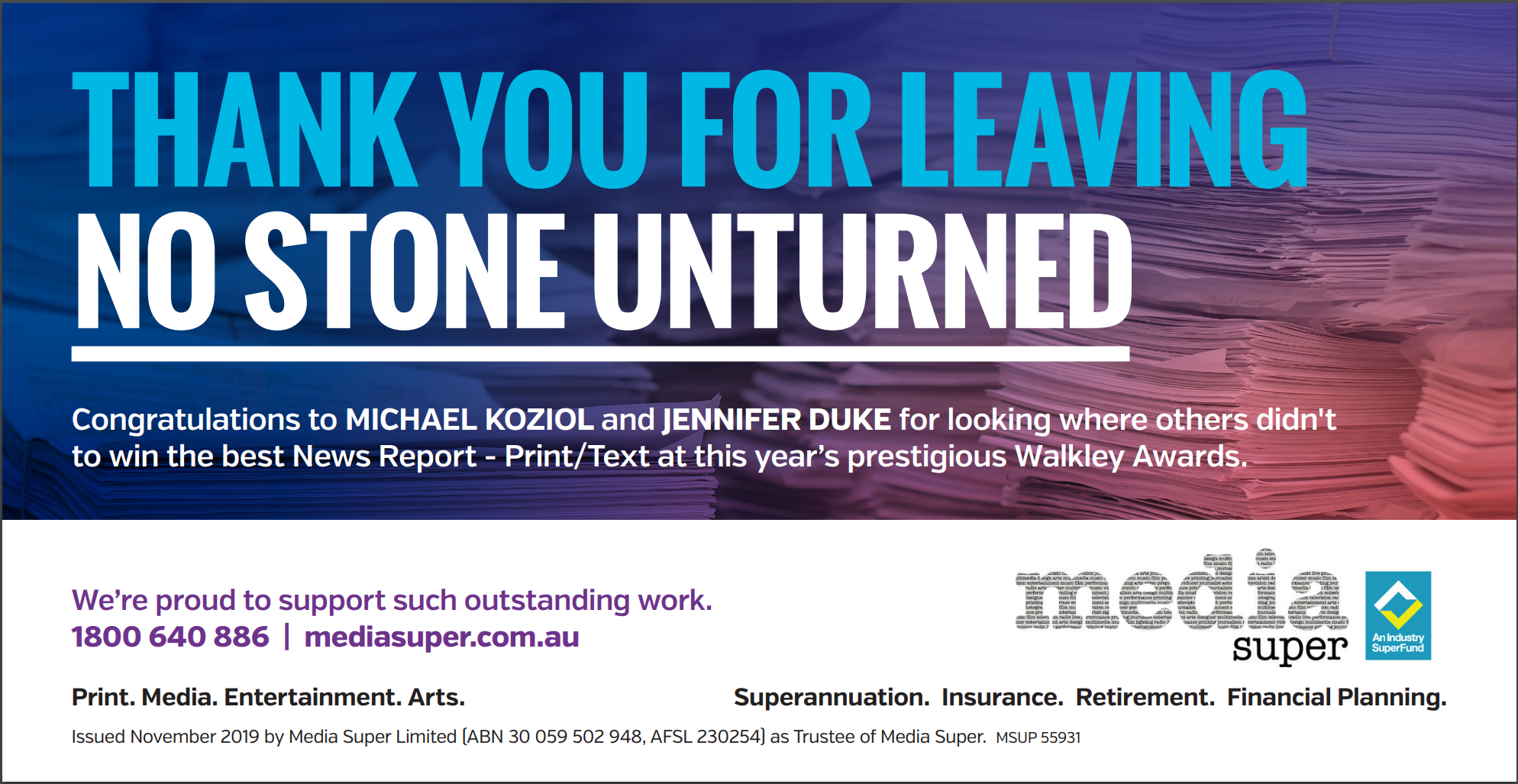