“Cronulla riots - the day that shocked the nation”

“Cronulla riots – the day that shocked the nation”

The Cronulla riots in 2005 brought to a head tensions between beachgoers that exposed deep divisions in broader Australian society. In this interactive experience, a feature documentary on the “day that shocked the nation” acts as a springboard into a collection of multimedia content.

The piece explores the central themes that emerged from the riots – the media and representation, race and racism, policing and the law, symbols and icons – and adds perspective to our understanding of a community under siege. With its innovative “investigate” mode, it offers a non-linear, egalitarian approach to narrative, facilitated by the unique synergy between content and technology.

As SBS’s chief digital officer since July 2013, Marshall Heald works to drive the adoption of digital technologies and innovation across the network. Heald started with SBS as manager of digital media in 2007, and has also worked as a litigation lawyer in NZ and headed Telstra’s digital music and movie businesses.

John-Paul Marin is executive producer of SBS Online. In the past 10 years has produced dozens of websites, cross-platform projects and interactive documentaries, winning awards including a Walkley Award, and receiving numerous Webby and Digital Emmy nominations.

Kylie Boltin is a senior content producer for SBS Online, where she produces cross-platform and online-exclusive content. Before joining SBS, Kylie was an independent documentary producer/director and writer.

Matt Smith is a Sydney-based designer, programmer and producer of interactive content for SBS. Matt’s work has focused on creating rich multimedia storytelling websites for more than a decade, and has been recognised with awards abroad and in Australia, including a Walkley. 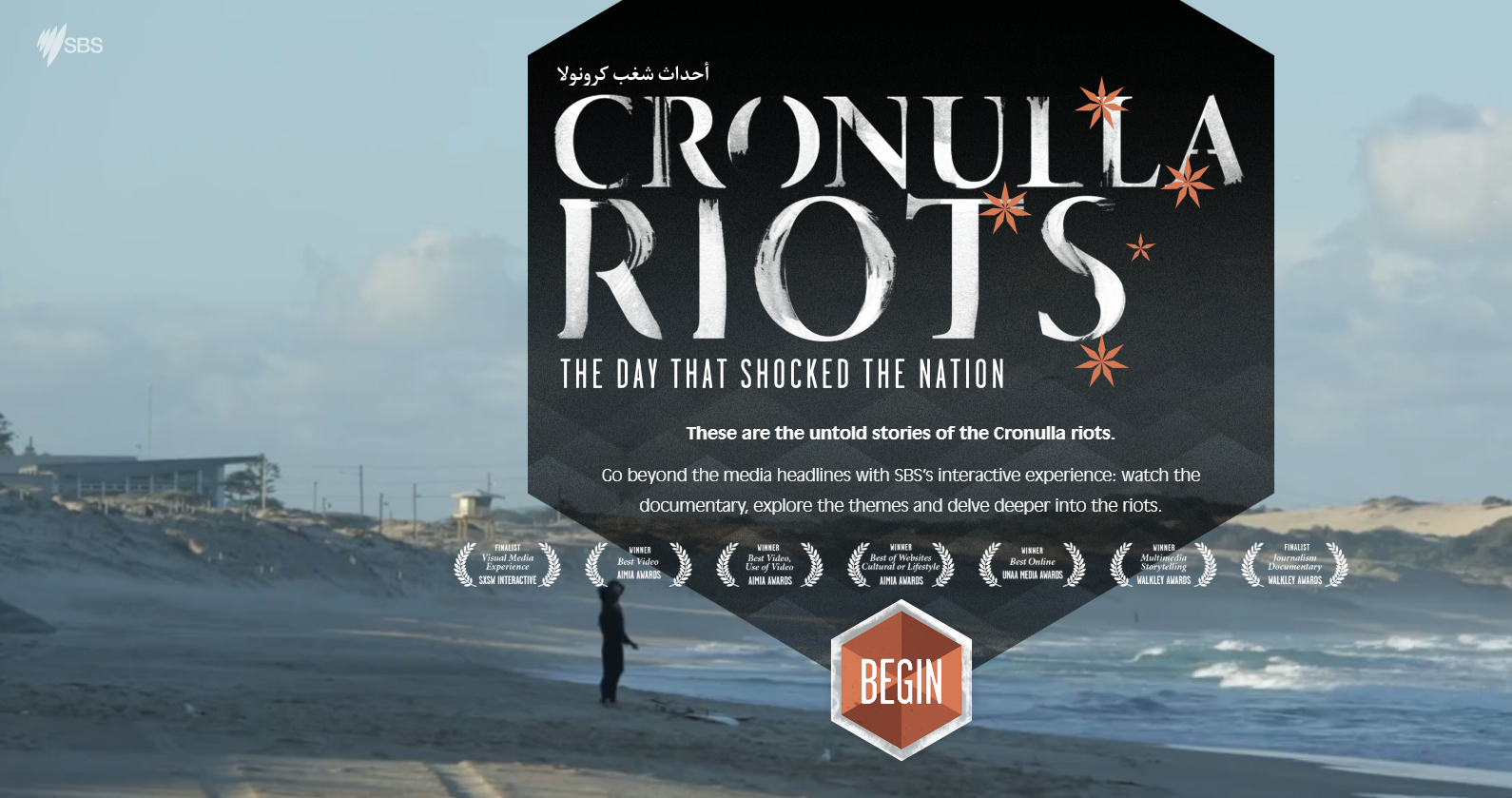 “Brilliant. Exploring different elements with excellent use of design and multimedia, this piece provides information in a truly multimedia format, with seamless integration of the various mediums. The use of video, stills, text and timeline is innovative and incisive, and all add depth to the story. It leaves the user curious to find out more, and makes it simple to do so.“