Scott Barbour says in his entry statement how proud he is that women’s sport features in three of the five images in his portfolio. “I hope it shows the increasing prominence they are deservingly obtaining in the media landscape.”

The judges praised Barbour’s technical capacity with light and the timing of his shots. “What makes a beautiful sport image is timing. Timing can create something you’d barely catch with the naked eye, like the way Scott captured the gymnast.”

It takes immense skill and great reflexes to nail that timing, or to get an exclusive angle like his birds-eye view of the Richmond Tigers parting the seas of adoring fans with their first premiership cup in 37 years.

Of his jubilant shot of the Brisbane Lions AFLW team, Barbour says “It has been a joy to photograph this newly formed women’s tournament that has finally given women a chance to play top level football and young girls new heroes to aspire to.” 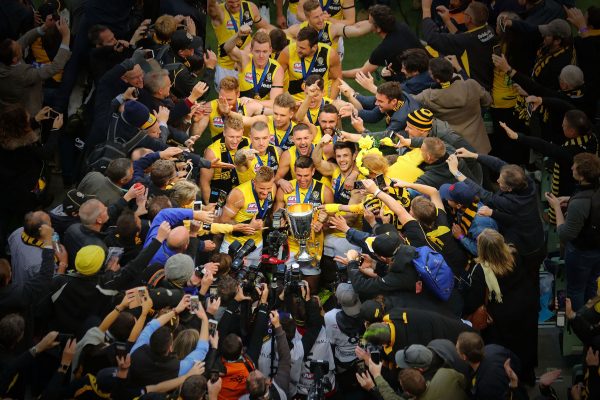 Richmond Tigers captain Trent Cotchin looks up as his team celebrates with the the 2017 AFL Premiership Cup, after beating the Adelaide in the Grand Final at the MCG. 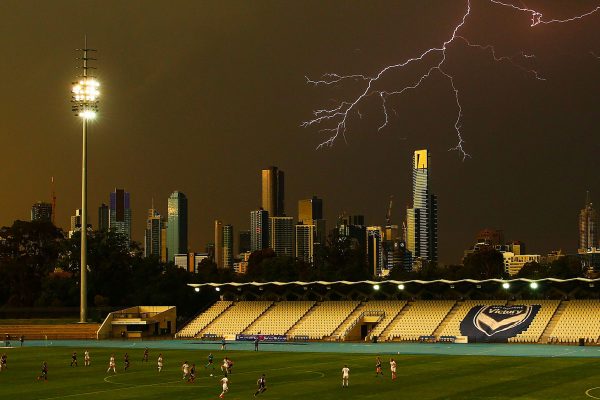 Players compete for the ball as lightning strikes in a W-League match between the Melbourne Victory and Western Sydney Wanderers in Melbourne. The match was suspended soon after. 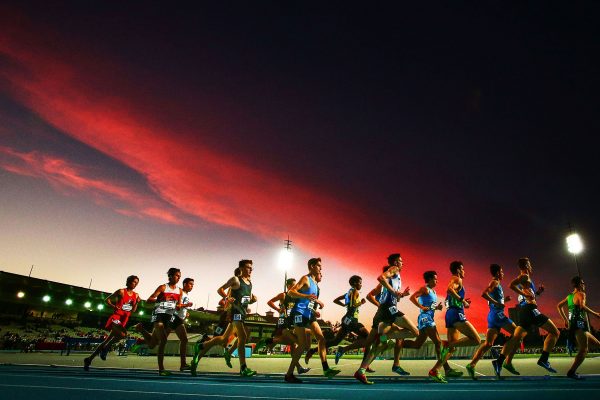 The sun sets during the Men's 3000m Under 20 race during the Zatopek 10 meet at Lakeside Stadium in Melbourne. 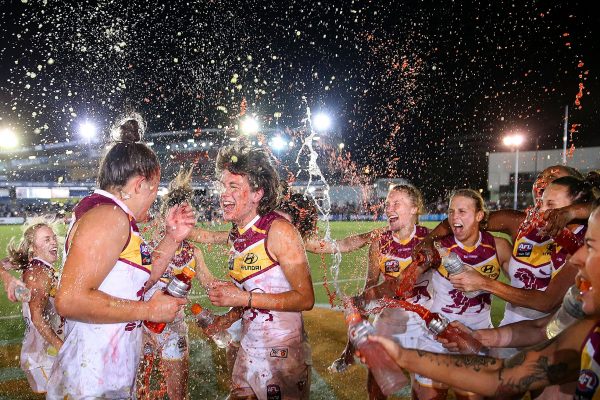 The Brisbane Lions sing their team song and spray Gatorade at Isabella Ayre and Nat Exon, after winning their AFLW match against the Carlton Blues at Melbourne’s Ikon Park. 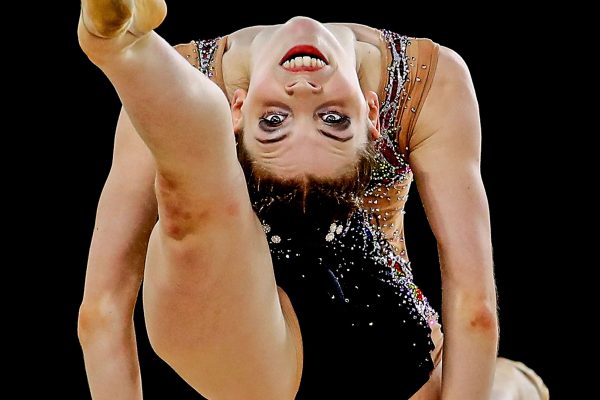 Hannah Martin of England performs rhythmic gymnastics with the clubs on day seven of the Gold Coast 2018 Commonwealth Games. 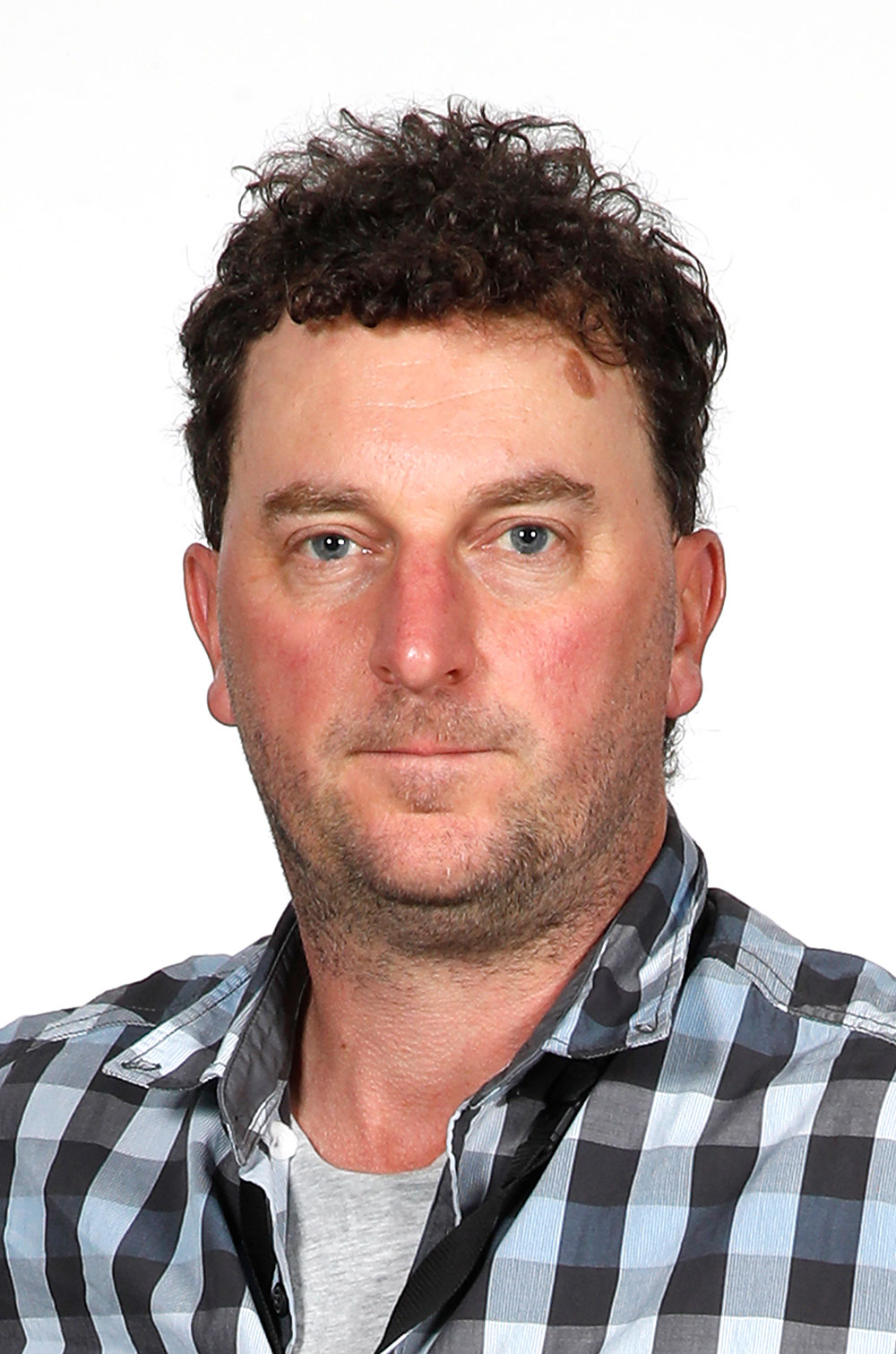