About the Walkley Arts Journalism Prizes

All Media: The June Andrews Award for Arts Journalism

Winner: Kelly Burke, Guardian Australia, “Neighbours actor allegedly removed from set after complaints of racism by Indigenous actor Shareena Clanton”, “Neighbours: more actors come forward with allegations of racist slurs and discrimination on set” and “If Neighbours racism allegations happened in US there would be ‘swift’ repercussions, Remy Hii says”

The judges said, “Kelly Burke’s reports into the treatment of performers of colour on the Neighbours set revealed deeply troubling, systemic problems within one of Australia’s most lucrative and iconic cultural exports. While scrutiny of representation in media increases, Burke’s reports critically investigated how casting and plotlines can conceal deeply racist attitudes and behaviours.” 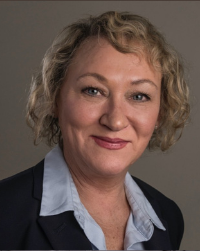 Kelly Burke joined Guardian Australia in 2020. Her career in journalism spans more than two decades, having started at The Sydney Morning Herald in the mid-1990s. She is a former Walkley Award finalist, and a recipient of the Australian Council of Deans of Education Award for most outstanding contribution to education journalism.

This prize recognises a significant contribution in reporting, writing, news-breaking and analysis of arts issues. This may include profiles of artists, features and investigations, reporting on the structures and personalities involved in the creation of contemporary culture, and examination of the creative arena.

Entries in this category must be a single piece of work or a series of no more than three related reports. The prize is open to individuals or group entries up to three people.

All Media: The Pascall Prize for Arts Criticism, managed by the Walkley Foundation

The judges said, “Anwen Crawford’s three critical essays are engaging and entertaining. They display a shrewd storytelling ability, depth of musical knowledge, and an original perspective while maintaining an insightful awareness of how their subjects relate to the broader cultural context.” 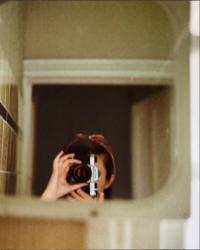 Anwen Crawford is The Monthly‘s music critic, and the author of Live Through This (Bloomsbury, 2015) and No Document (Giramondo, 2021).

The Pascall Prize for Arts Criticism managed by The Walkley Foundation, supported by the Copyright Agency, celebrates the unique contribution of critics to our cultural landscape, and the specialist, detailed knowledge they draw on to contextualise works of art.

Criticism includes both reviews responding to the work itself, and deeper criticism placing work in the context of the artist’s oeuvre, specific genres and/or the current social/political/cultural landscape. Judges will consider critical thinking, balanced, rigorous argument and evaluation, depth of knowledge and ability to contextualise, and engaging, illuminating voices.

Entries in this category must be a single piece or up to three pieces of work showcasing a body of work. Open only to individual entrants.

Through the support of the Copyright Agency Cultural Fund we are thrilled to announce that in 2021, both the winner of the June Andrews Award for Arts Journalism and the winner of the Pascall Prize for Arts Criticism will receive $5000 in prize money.

The cost of entering for each category is $50 per submission, including GST. Entry is free for all MEAA members.

The judging criteria for both prize categories are as follows:

Any person engaged in the practice of writing or broadcasting about the arts is eligible to enter the Arts Journalism Prizes. Entrants self-nominate and work must have been published or aired between April 27, 2020 through to April 26, 2021.

Work entered may relate to any aspect of the creative or performing arts. The word ‘arts’ is to be interpreted broadly so as to include, for example, journalism and criticism covering radio and television, photography, architecture, film, food and wine as well as literature, visual arts and performing arts.

View the Terms and Conditions for the Arts Journalism Prizes here.

History of the Pascall Prize

The Pascall Prize for Arts Criticism has been Australia’s only major award for critical writing about the arts since 1988, when the inaugural prize was presented to David Malouf.

It celebrates the unique contribution of critics to our cultural landscape, and the specialist, detailed knowledge they draw upon to contextualise works of art. The award commemorates the flamboyant journalist and critic Geraldine Pascall, who worked for The Australian from 1970 until her sudden death in 1983.

The prize continues to reward engaging and illuminating voices, both new and established, whose work demonstrates critical thinking, eschews preconceptions, and which shows a balanced and considered treatment of the subject at hand.

The 2019 winner of the Pascall Prize for Arts Criticism was Jeff Sparrow, Sydney Review of Books, “A Place of Punishment: No Friend But the Mountains by Behrouz Boochani”.

Past winners of the June Andrews Award for Arts Journalism

Past winners of the Pascall Prize for Arts Criticism