Supported by the International Committee of the Red Cross (ICRC). Managed by the Walkley Foundation.

Millions of people around the world feel the humanitarian fallout from conflict every day. Wars are longer, increasingly fought in cities, between more armed groups with deadlier weapons than ever before. The human cost of conflict can be obscured when it takes place oceans away. The Humanitarian Storytelling Award seeks to elevate the unheard stories of communities affected by armed conflict and other forms of violence. It celebrates storytelling that does no harm, respects dignity, is inclusive, compassionate and people-focused. It recognises the role that journalists play in defending dignity and highlighting that even wars have limits.

(Photo: “The End of the Caliphate” by Chris McGrath, the 2019 Nikon-Walkley Press Photographer of the Year.)

Andrew Quilty, The Monthly and The Intercept, “The Worst Form of Defence: New revelations of Australian war crimes in Afghanistan” and “The CIA’s Afghan Death Squads”.

“This is what journalism is,” the judges said. “Andrew Quilty focused on telling the people’s stories and exposing the truth, despite putting himself in grave danger to tell the stories that demand to be told. Quilty’s continued in-depth coverage, years of research, intimate knowledge of a people, culture, country and the conflict that continues to destroy the lives of so many for generations to come is evident.

“Powerfully written with such eloquence, delivering the horrific accounts of war crimes and suffering inflicted on civilians, that is also seen in his images that are emotive and deeply respectful. These stories expose the killings, abuses and injustices that may constitute war crimes and the failure to protect Afghanistan civilians.” 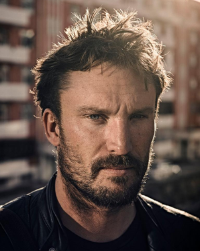 Andrew Quilty has been based in Kabul, Afghanistan, since 2013, working first as a photojournalist and more recently as a writer. He has won six Walkley Awards, including the Gold Walkley in 2016, as well as the George Polk Award, World Press Photo Awards and, most recently, an Overseas Press Club of America award.

The International Committee of the Red Cross (ICRC) is a neutral, impartial and independent, humanitarian organisation that works in more than 100 countries and is based in Geneva, Switzerland. The ICRC helps people affected by armed conflict and other violence, doing everything they can to protect lives, well-being and dignity, and to relieve suffering, often together with their Red Cross and Red Crescent partners.

As the guardian of humanitarian law, the ICRC takes measures to ensure respect for, to promote, to reaffirm and even to clarify and develop this body of law. The organisation is particularly concerned about possible erosion of international humanitarian law and takes bilateral, multilateral or public steps to promote respect for and development of the law. The ICRC does not ‘take sides’ in a conflict, but works to assist those impacted, whoever they are. This neutrality gives ICRC staff the ability to access areas others cannot.

The ICRC needs to have the trust of all States, parties and people involved in a conflict or other situation of violence to carry out its work effectively. This trust is based in particular on an awareness of the ICRC’s policies and practices. The ICRC gains people’s trust through continuity of their work and their neutrality. 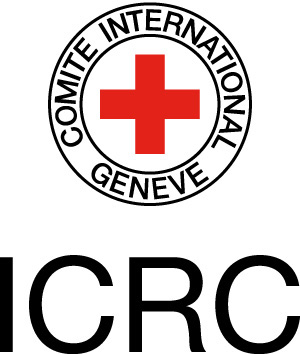 The Humanitarian Storytelling Award recognises the work of an individual, team or news organisation that highlights the impact of conflict on people and communities.

Examples might focus on the impact of conflict and climate change, sexual violence, migration, displacement, detention, gender or disability in war, as well as emerging trends in conflict, including new weapons technologies, and humanitarian action.

Eligible formats include rolling coverage, a series of news reports or features, or a single longform piece. Entries can be of any medium (text, radio or visual) and published on any platform (print, broadcast, online and social media).

Entries must demonstrate how the reporting was realised, how the below criteria were considered and represented and provide evidence of impact. Judges will also consider deadlines, resources and other pressures or dangers faced by entrants.

Entry is free for members of MEAA. The cost of entering the award for non-members is $50 including GST.  Inquiries about MEAA membership please contact members@meaa.org for further details or call 1300 656 513.

For questions on the award entry process, please contact:

For questions about the ICRC and its mission, please contact:

Comic on ICRC being a neutral intermediary