The Meta Australian News Fund opened for applications on Wednesday September 7! Read all about the program on this page before deciding whether you are eligible to apply.

Are you looking to invest in technology or launch an innovative project in your newsroom? Or do you dream of investing in a public interest journalism project such as a podcast series or documentary but lack the resources to get it off the ground?

Look no further than the Meta Australia News Fund. For the second year running, Meta is investing AU$5 million to help Australian media organisations and independent journalists launch projects focused on digital innovation or to produce journalism for underrepresented audiences.

The funding program aims to foster digital innovation and improve public interest journalism in the Australian media, and is part of the global Meta Journalism Project. In 2022, the Year 2 funding program is being offered in two streams:

In 2022, preference will be given to projects which:

In addition to the above, media organisations focusing on “lifestyle” topics such as the arts, travel and food will be considered as fund recipients. Applicants who have received funds in prior years may also apply for Year 2 funding.

Applications for the 2022 program opened on September 7 at 8am AEST. Submissions must be received by 5pm AEDT on October 7. Please ensure you have read all of the Terms and Conditions before starting your application.

To be eligible for either fund, applicants must:

For individual journalists applying to the PIJ fund only:

Entrants must be independent journalist(s) working primarily in Australia and must be either Australian citizens or permanent residents.

The Meta Australian News Fund is a $15 million funding program spread over three years, and is managed by the Walkley Foundation on behalf of Meta.

In 2021, the Meta Australian News Fund provided $5 million of funding to 54 projects, including the following successful initiatives:

And the following initiatives which are underway: 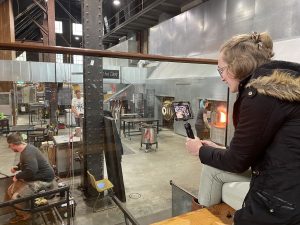 “As a digital only platform, video and social content are a critical part of our news mix. Readers need content that’s accurate, accessible and created on the spot. Social media energises and amplifies our strong news stories and creates community conversations that bring us together.” 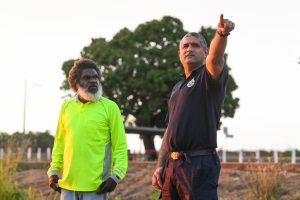 AAP journalists travelled to remote western Cape York to hear the stories of Indigenous elders, mining bosses, scientists, elected officials, police officers and artists. The trip was part of a series of fact-finding missions to remote parts of northern Australia as part of “Project Petrichor” – which translates to “The Smell of Rain”. The funding provided a unique opportunity to tell stories from a region underserved by local media.

“Western Cape York is where Europeans and Indigenous Australians made first contact in 1606, and that intense story is yet to be resolved. Telling local stories will introduce Australia to the diverse region’s inspirational peoples, and its troubled history, and trigger fresh debates about its future, which have largely been ignored or suppressed by powerful outsiders,” said AAP Queensland Chief of Staff Martin Silk.

For enquiries about the program please email walkleys@walkleys.com