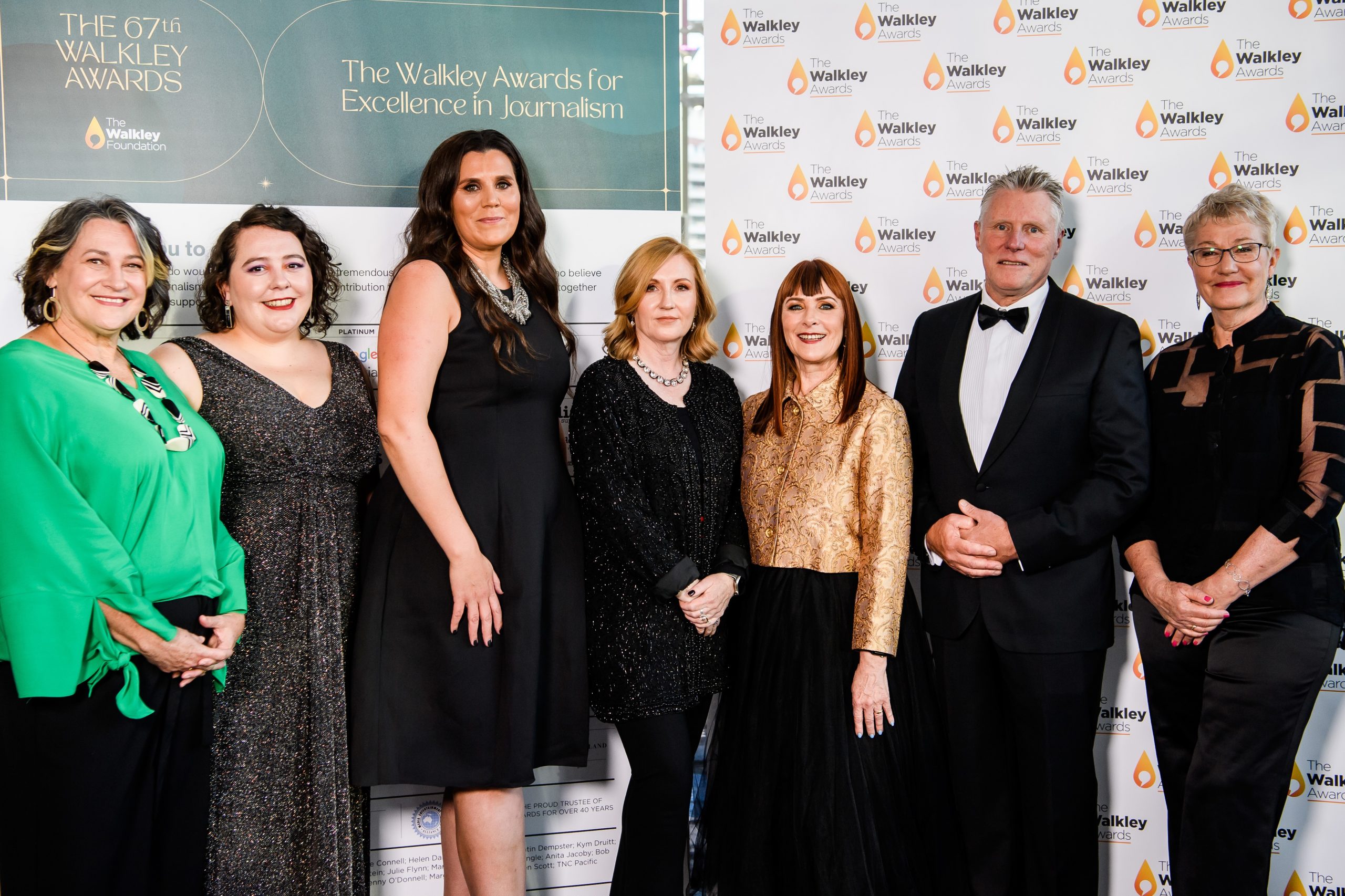 The Walkley Awards are a highlight of our year, where we come together as an industry to honour the best of our profession.

As the new chair of the Walkley Foundation, it gives me great pleasure to carry on the institution’s long tradition of celebrating and supporting great Australian journalism.

The stories we tell play a pivotal role in the functioning of our democratic system – a system that earlier generations sacrificed so much for.

I can’t think of a more rewarding and fulfilling job. Done well, journalism can change lives for the better, hold wrongdoers to account, and speak truth to power.

In a year when Russia invaded Ukraine, Queen Elizabeth II died, floods devastated New South Wales and Queensland, we elected a new government, and the economy felt the impact of rising inflation and interest rates, journalists were there to cover it all.

Openness and transparency are vital for a free press, and legislation for a National Anti-Corruption Commission is welcome news. The federal attorney general, Mark Dreyfus, said it will “restore trust and integrity in politics”. A J Brown, a board member of Transparency International Australia, hailed it as “the biggest reform to public integrity at a Commonwealth government level in Australia for probably half a century”.

Yet the proposed body fails to deliver for whistleblowers. We need a national office for whistleblowers, covering both the private and public sectors, that would offer support and protection for those who make the brave decision to speak out, sometimes at great personal cost. If we had such a body, we wouldn’t be persecuting the likes of Richard Boyle and David McBride, who are both facing long prison terms for calling out wrongdoing if they are found guilty. Whistleblowers are the nation’s unsung heroes, not its villains.

It should come as little surprise that our ranking in the Reporters Without Borders World Press Freedom Index plummeted sharply in 2022, particularly in relation to the treatment of whistleblowers, and the way the rich and powerful game our legal system. The report said press freedom in Australia was “fragile” and that a concentration of media ownership was a threat to public interest journalism. (The index looked at 180 countries; Australia fell 14 places, from 25 to 39.)

As Kerry O’Brien observed in his 2019 Walkley Awards address: “Freedom is usually eroded gradually… Its loss is not necessarily felt day by day, but we will certainly know when it’s gone.”

Kerry’s speech struck a chord with me at the time. Early this year, there was a legal attempt to force journalists to show a draft of their story before publication to the opposing party. This would have been a death knock for investigative journalism. It was overturned, but only after considerable legal costs – and a great deal of anxiety. It quite easily could have gone the other way. We must be constantly vigilant.

A perennial problem is the prohibitive cost of litigation. Many publishers are faced with big decisions about whether or not to publish controversial stories or fight to lift suppression orders. As we all know, the rivers of gold from advertising that once flowed through media outlets have well and truly dried up.

Onerous defamation laws, the misuse of injunctions, suppression orders, weak whistleblower laws, physical threats, frivolous litigation and abuse of the legal system by the wealthy and well connected have stopped stories that should have been published. They also take away resources that would have been better spent on more journalists.

These challenges demand a united response so all media outlets can operate within standards that offer legal protection.

We need to completely change defamation laws. There are countless examples of cases or decisions that simply don’t make sense. The law has failed to keep up with the real world, making it harder to fulfil our role in making democracy stronger, society fairer and lives richer.