“My Name is Yunus”

“My Name is Yunus”

“My name is Yunus. I was born in 1990, I do not know my exact date of birth. I am Rohingya and a Sunni Muslim. I want to make a story for the world. I want to do this for my family and also for the Rohingya people, those people suffering in the Bangladesh refugee camps.”

Mohamad Yunus came to Australia in 2012 via Christmas Island and Darwin. He fled the persecution that has now seen his family and approximately 700,000 other Rohingyas cross the border into Bangladesh to escape human rights abuses by the Myanmar military.

Now in the relative safety of suburban Melbourne with a temporary visa, Yunus faces new challenges—isolation, poverty, unemployment, housing affordability, and constant fear for the safety of his family in a refugee camp in Cox’s Bazar, Bangladesh.

Chris Hopkins captured moments from Yunus’ life for SBS’s innovative Instagram documentary She Called me Red. Hopkins writes in his entry statement, “what the future holds for Yunus is unseen, but his commitment to family, his persistence to stay strong and his dreams to become a leader within the broader Australian community, are a testament to those that are given a second chance.”

The judges said: “Chris has captured an amazing intimacy with this series. His use of available light shows a level of patience with his subject and a great technical ability with his camera.” 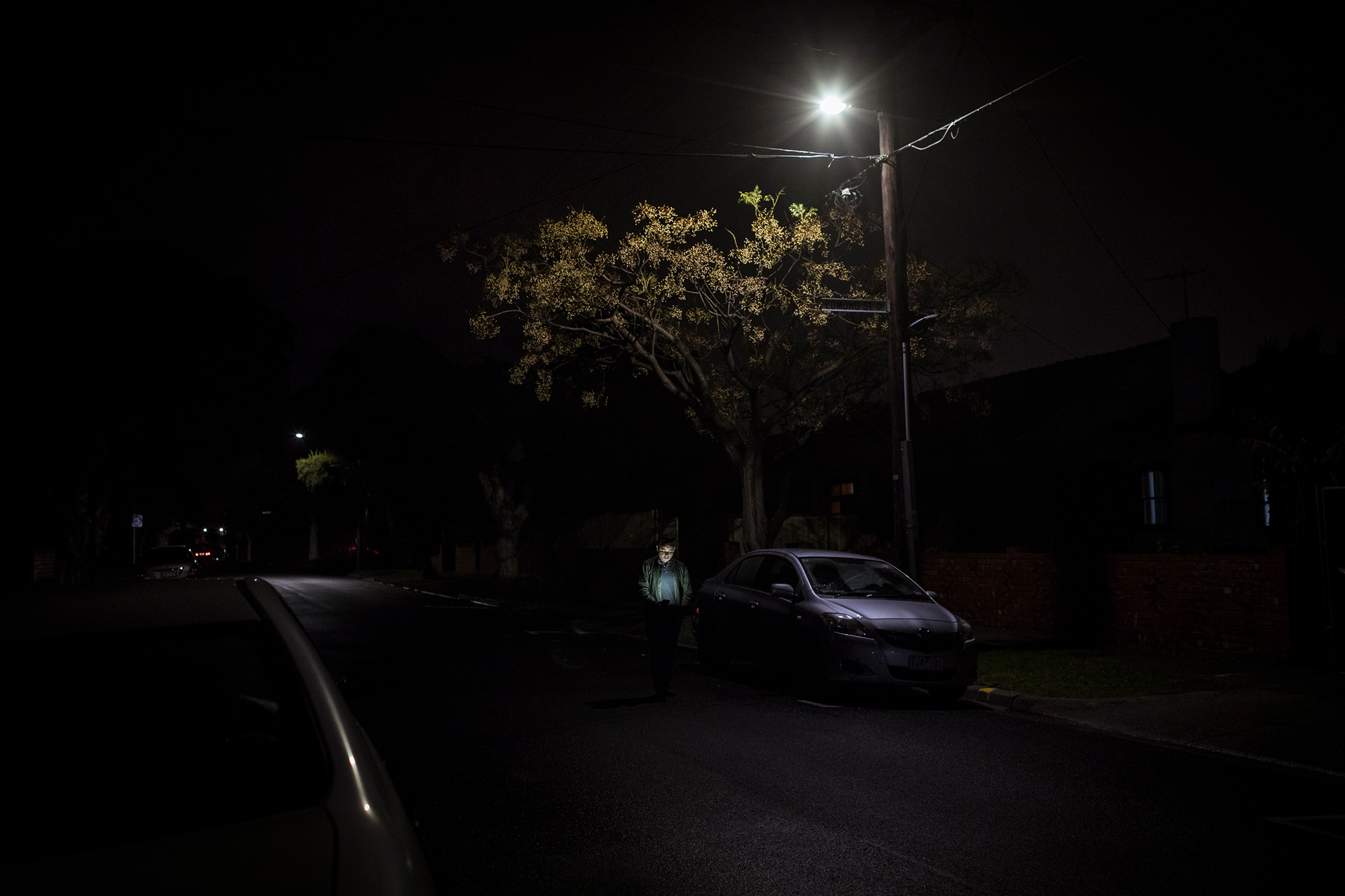 My Name is Yunus

“I don’t mind what work comes, I will do it. But my dream is to do something good for the community. When I came here, I realised the things I want to become—someone like a teacher, or a leader… My father was a leader from the village. Whatever your father does you are interested to do as well. Sometimes I think that if my father was alive he could help me go to university and I could learn so many things. If I think about my family, I get stressed. If I think about my future here, I get stressed. I’ve been here nearly six years. I have nothing.” Mohamad Yunus walks the streets of Springvale at night. 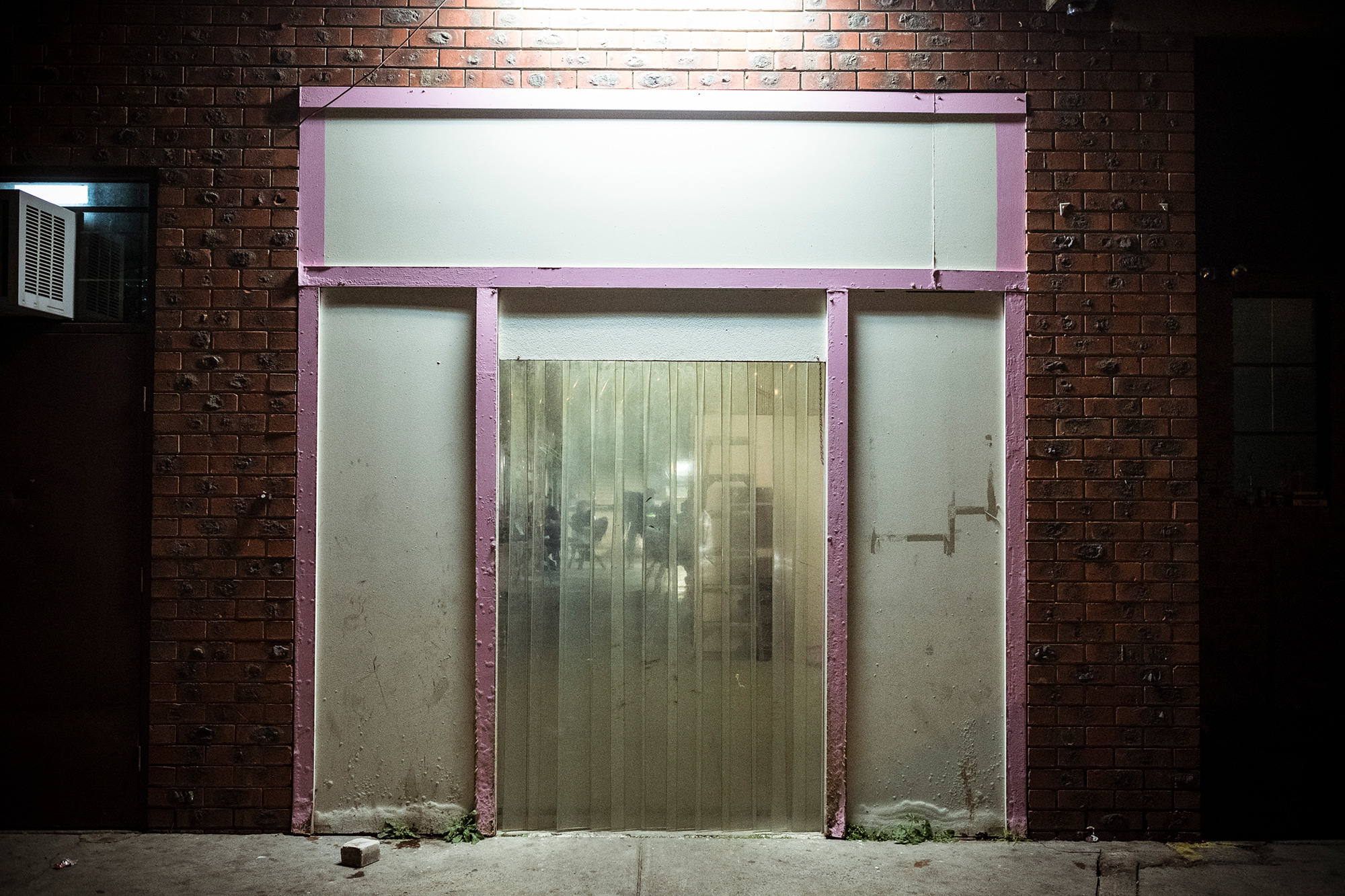 Mohammad Idris’ Rohingya Restaurant and Cafe in Springvale is a meeting place for the small community of Rohingya in Melbourne's South-East. A former meat packing factory, it is a place (for the mostly males) to shoot pool, play cards, watch television and socialise; and a hub for information on jobs, accommodation and news of home. 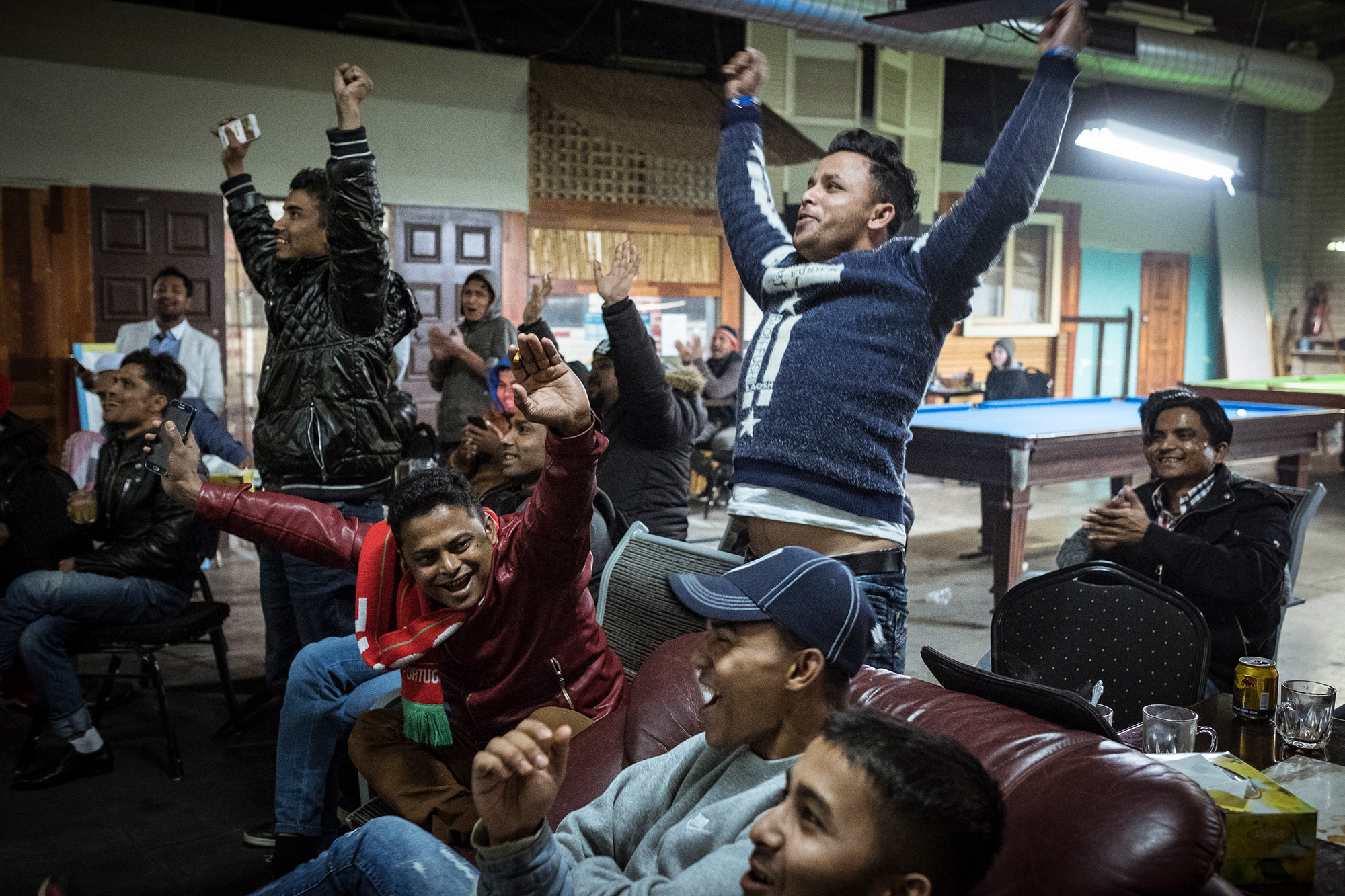 Yunus and members of Melbourne's Rohingya community celebrate as Australia scores a goal in their World Cup match against Denmark. 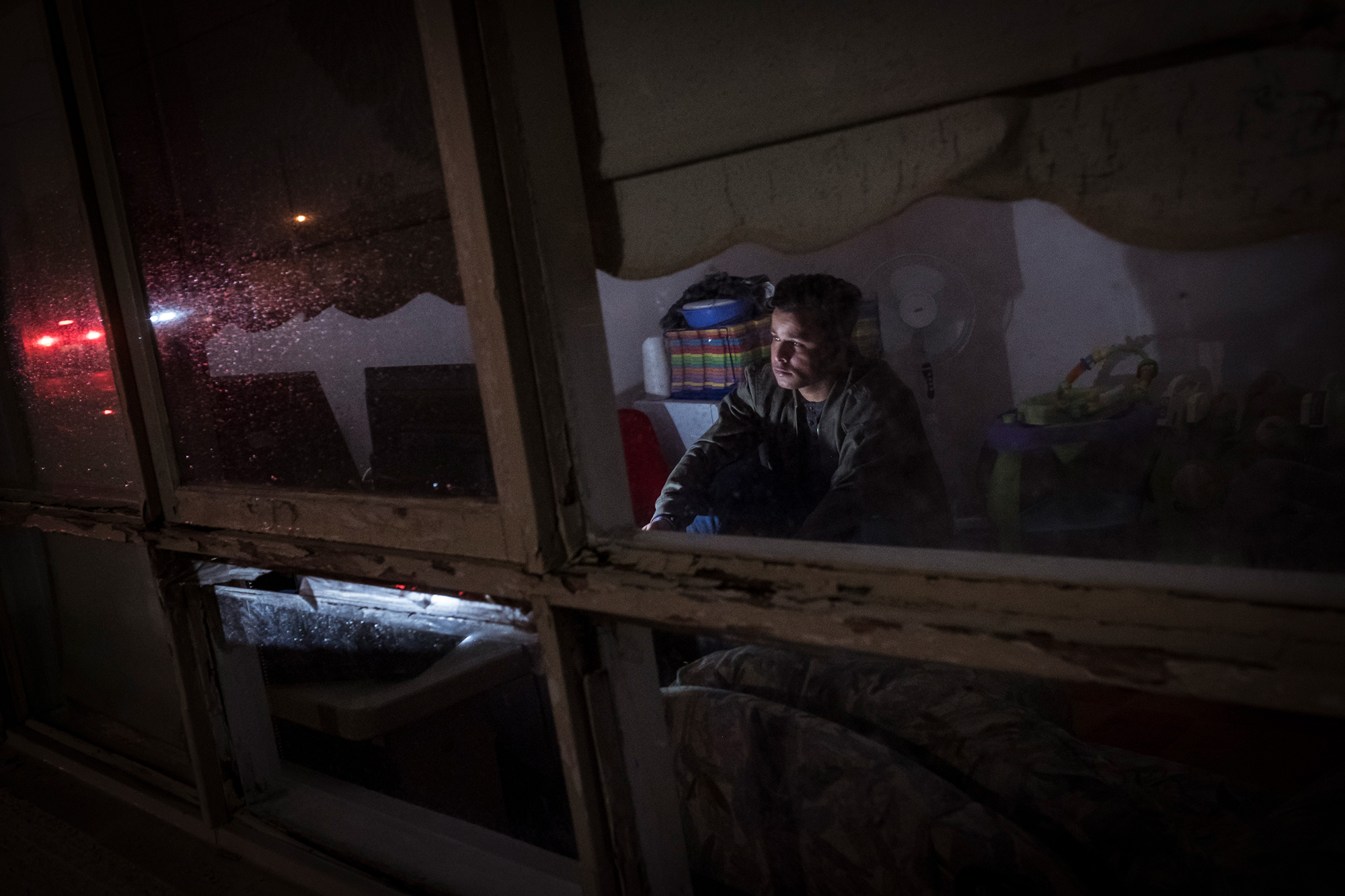 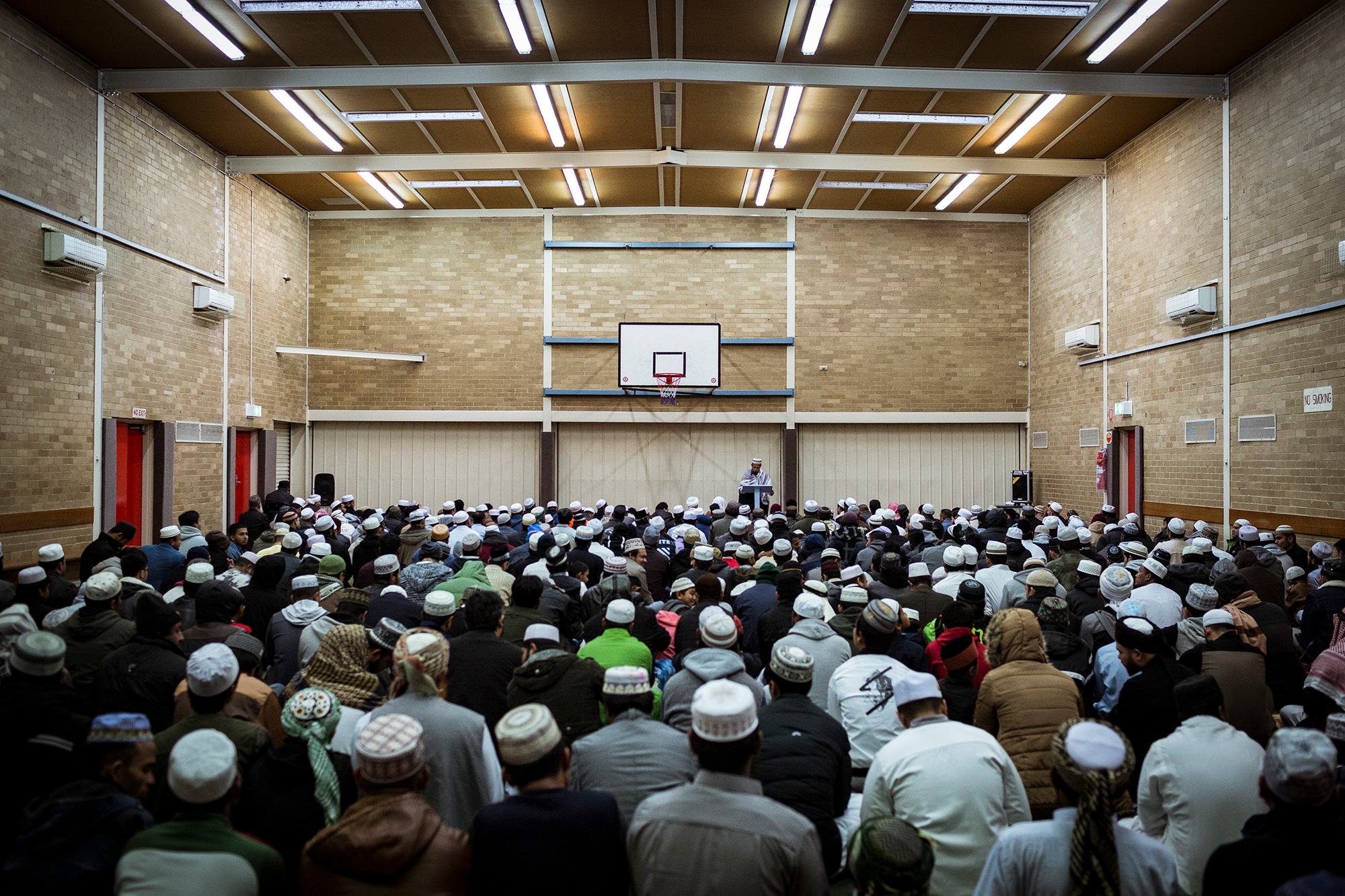 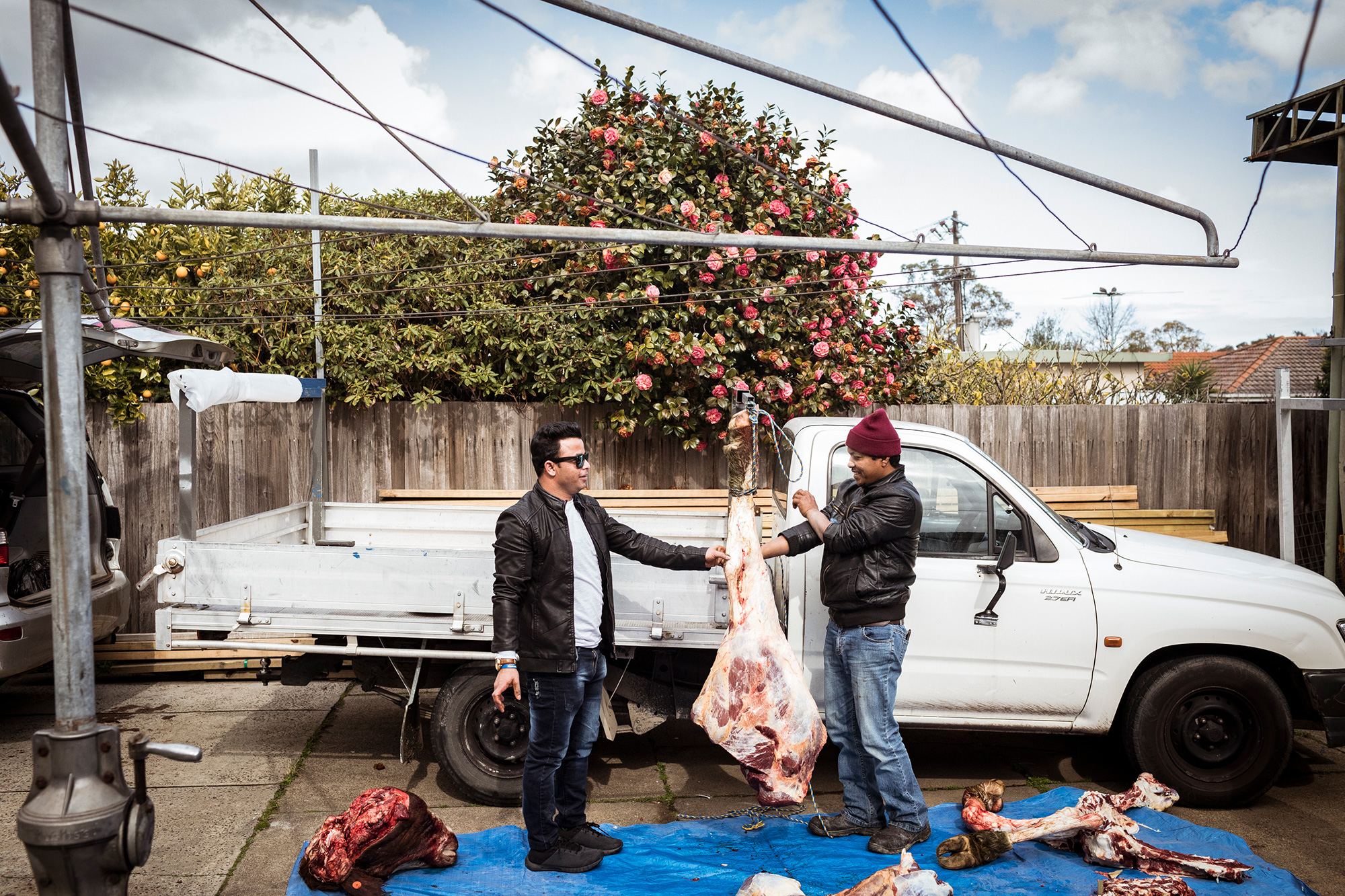 Mohamad Yunus helps members of the local Rohingya community carve a sacrificial cow as part of Eid al Adha. The meat will be shared amongst seven families. 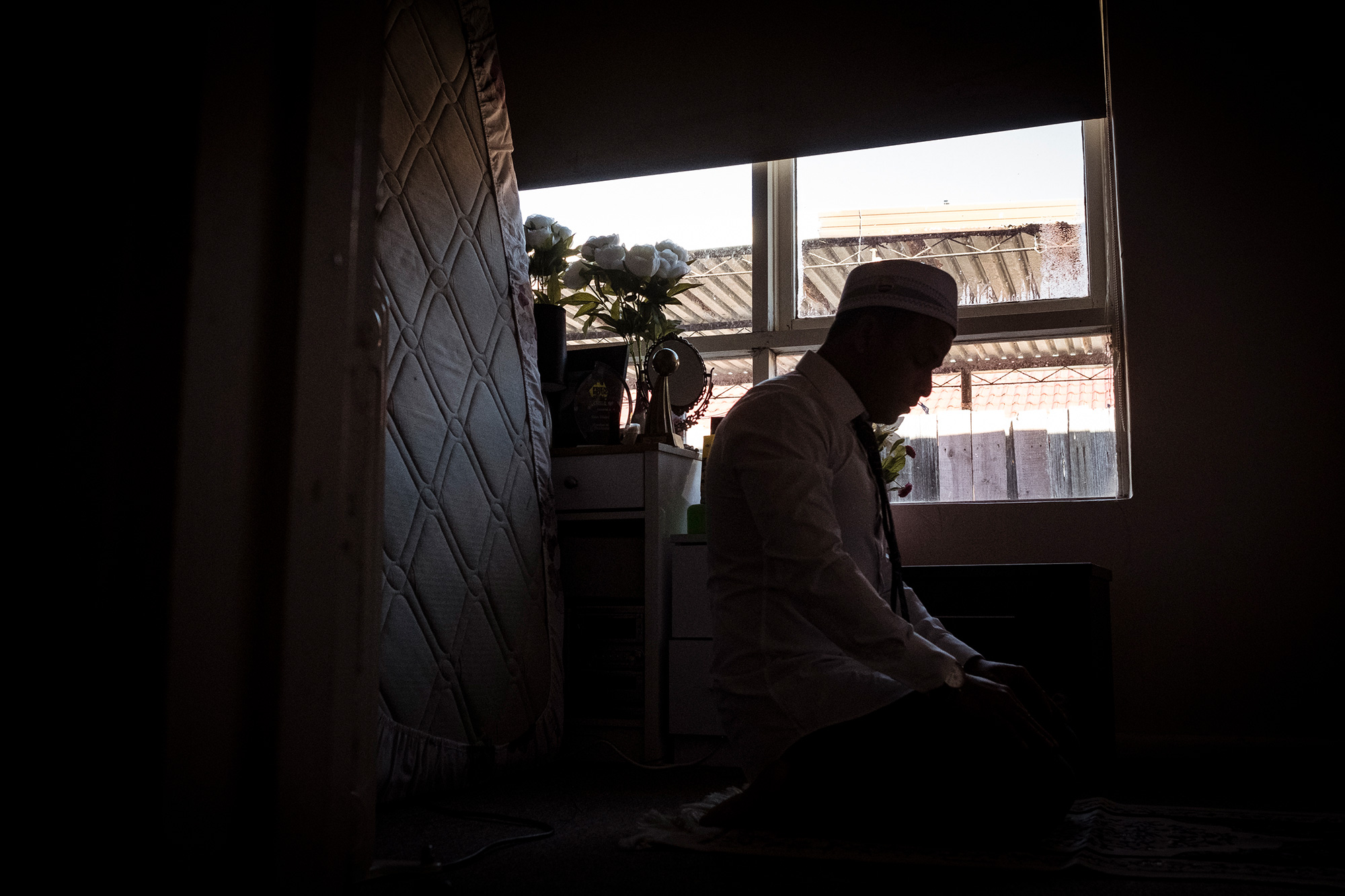 Prayer for my Mum

Mohamad Yunus during prayer-time at his home in Springvale, Melbourne. 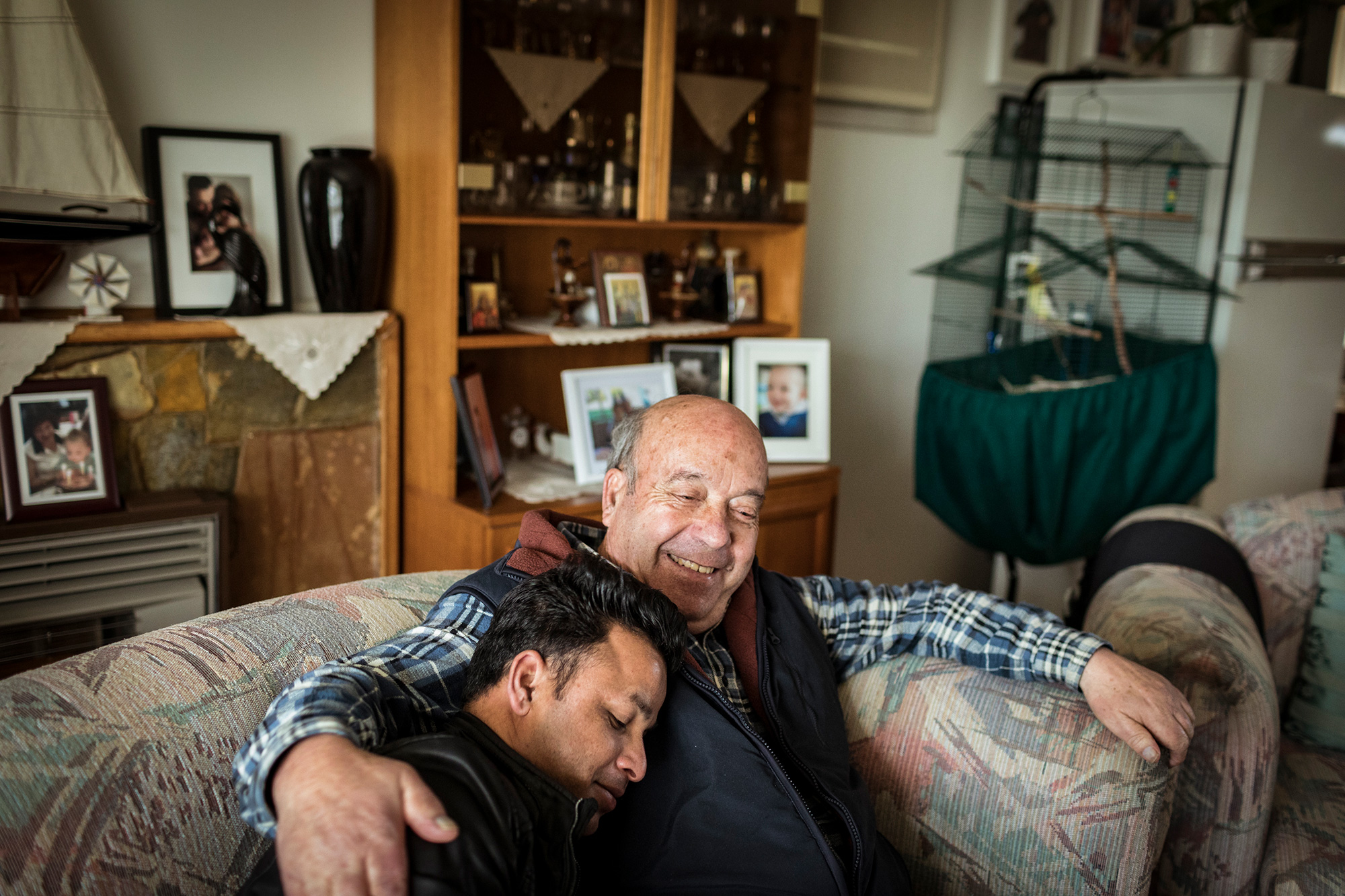 Sam Katakouzinos embraces Yunus at his home in Springvale. Sam was Yunus’ first employer and remains a father figure to Yunus in Melbourne. Yunus lost his father when he was 11.

Yunus has to support his family as well as himself. Due to the stress of his situation, Yunus often gets up in the middle of the night and drives to Idris’ Rohingya Restaurant for company. 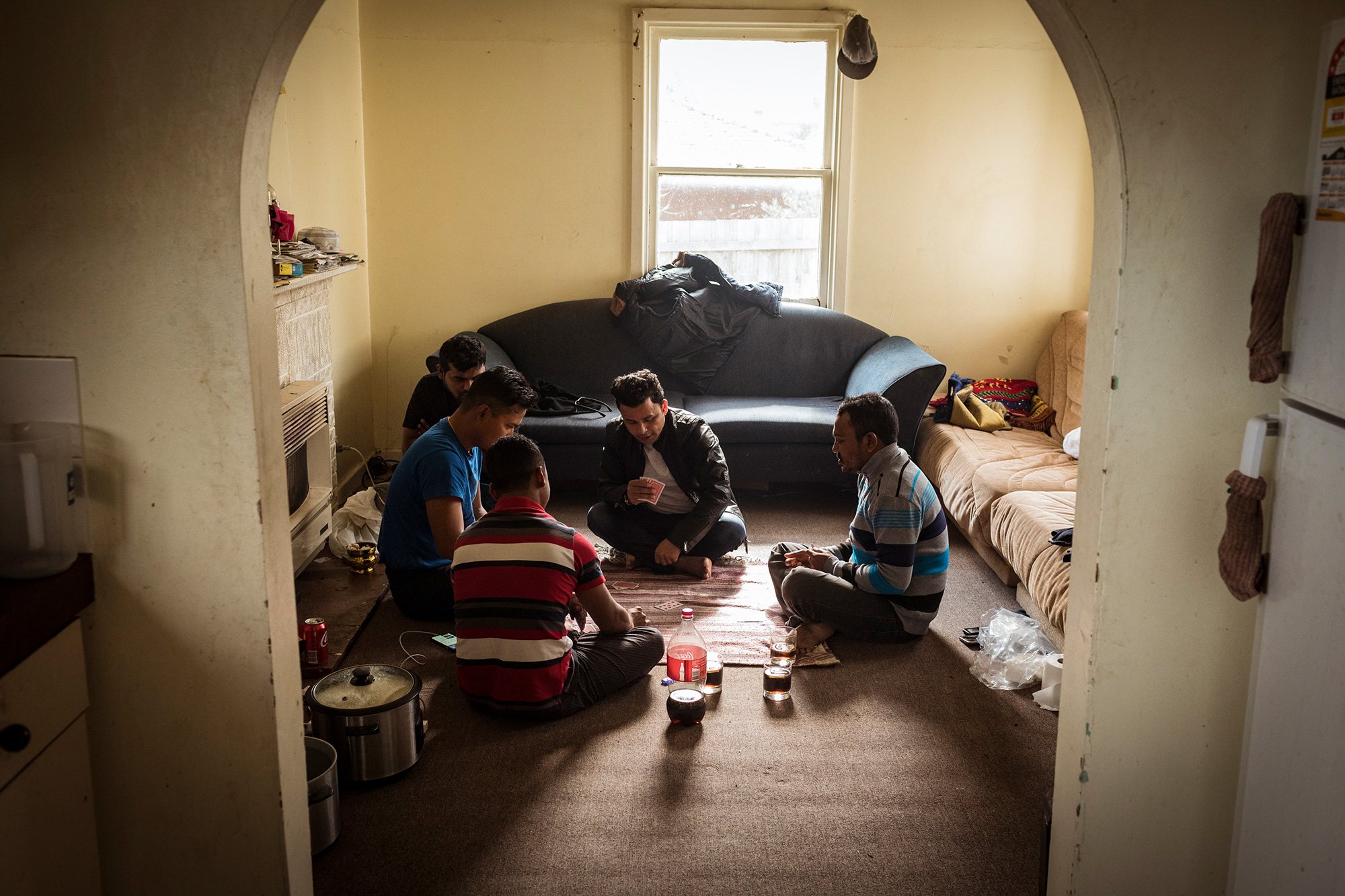 Yunus plays cards with his friends and temporary housemates in Springvale. He is currently living between houses in Geelong and Springvale while searching for work in Geelong to comply with his visa regulations. 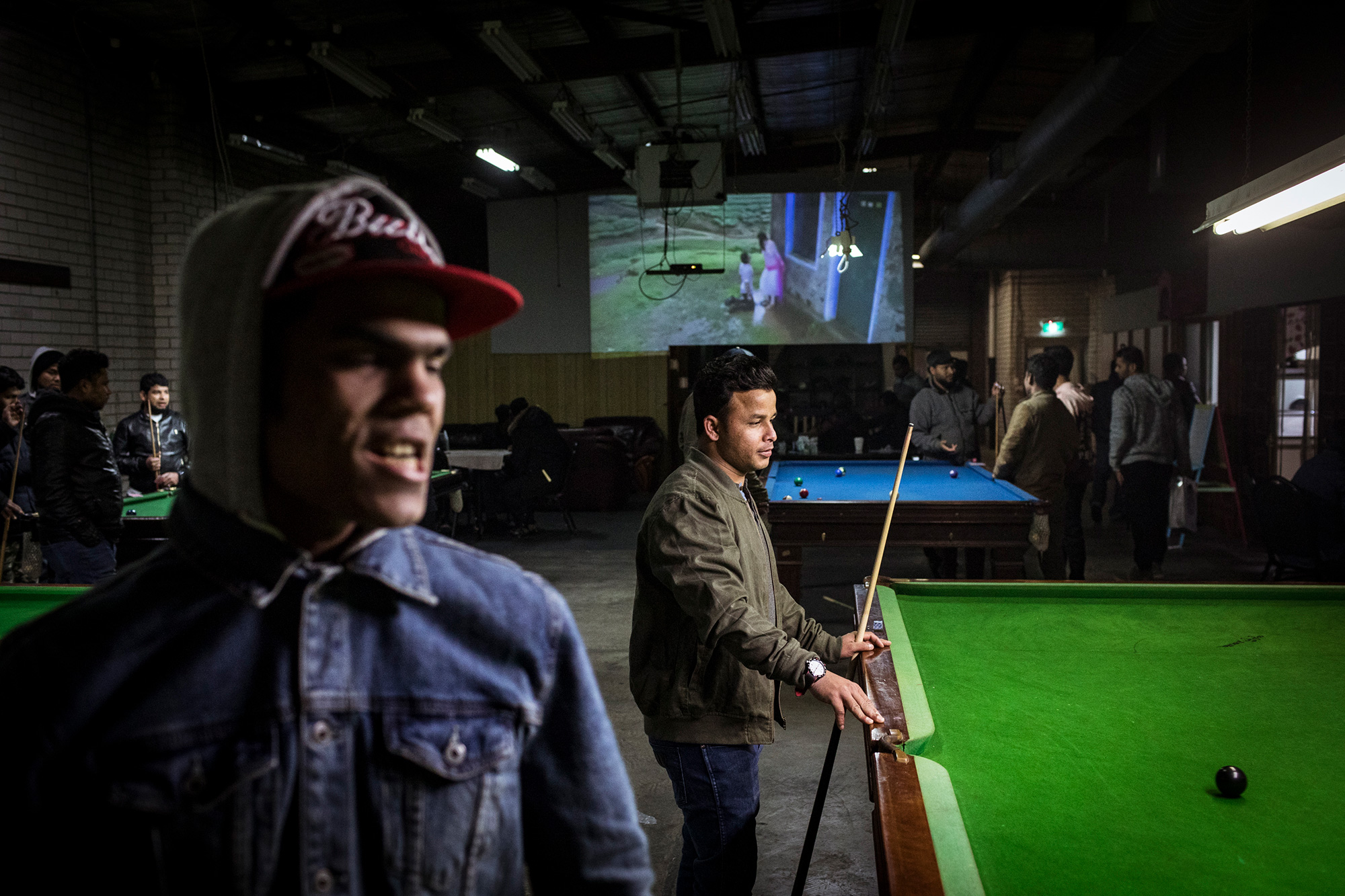 “Last year I graduated from a leadership program and this year I won the Service to Community award from Friends of Refugees. I didn’t know I was going to win—on the night, I was confused! I felt really happy. My mum knows about what I’m doing in the community, but she doesn’t really understand what it’s like here. I think she would be proud of me.” Yunus is well respected within the community. 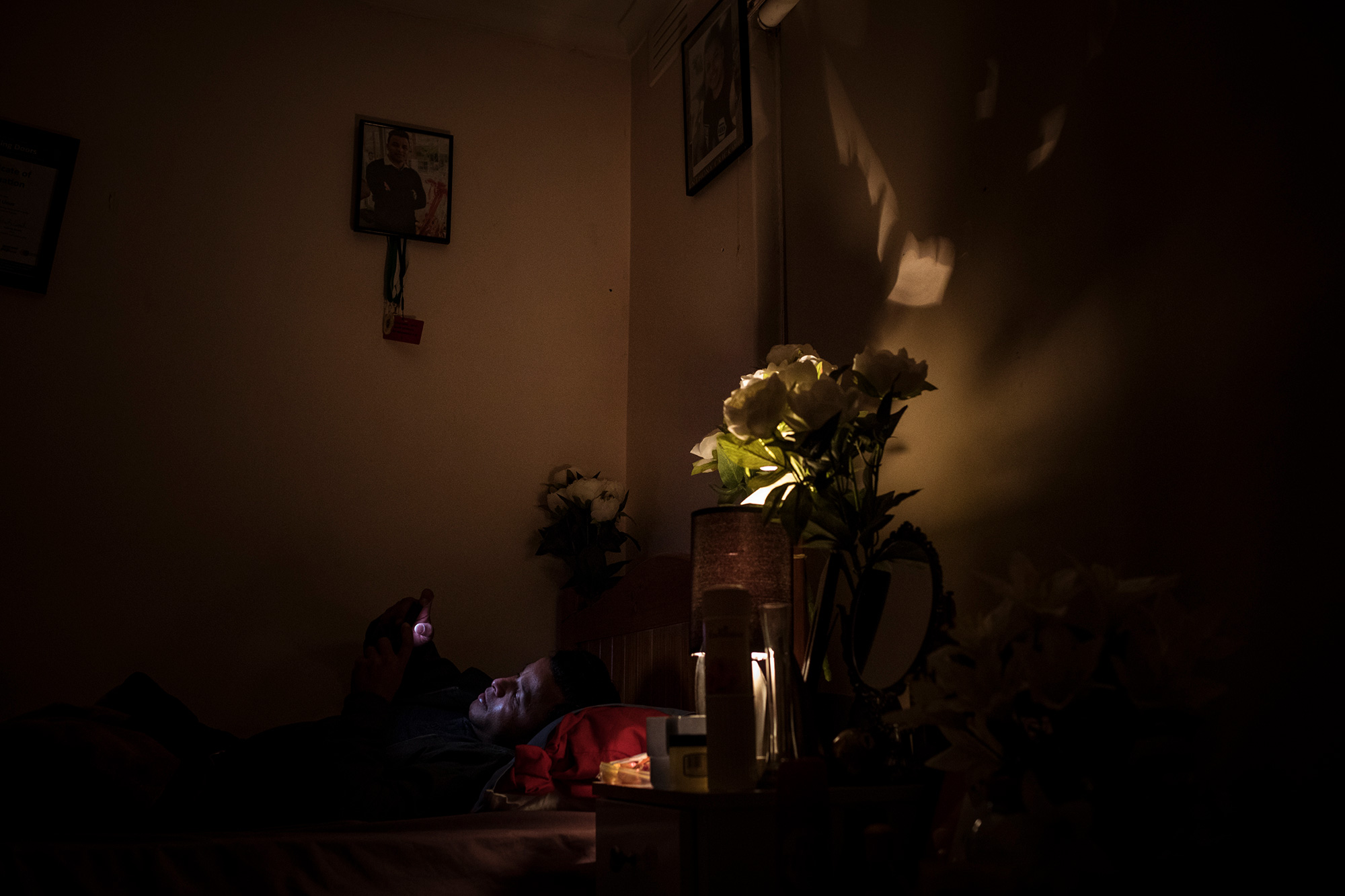 In August 2017 Yunus’ family was among the mass migration of the Rohingya from Myanmar to Bangladesh. He lost contact with them for a week. They now stay in contact via mobile phone when internet service in the camp allows.