From ground level, Australia’s drought looks like a featureless, brown dust bowl, but from the air it transforms into an artistry of colour and texture as the land cracks under a blazing sun. Circular dry plough tracks resemble the concentric circles in Aboriginal dot paintings that tell of an ancient mythology; starving cattle queuing for feed look like an abstract painting, and their black shadows stretching across the land a surrealist image.

But for farmer Ash Whitney there is no such beauty, just blood, sweat and tears as he struggles to feed his cattle, cutting the drying branches of Kurrajong trees—a last resort during the worst of droughts.

“I have been here all my life, and this drought is feeling like it will be around a while,” says a despairing Whitney, whose property near the town of Gunnedah is on the Liverpool Plains, a usually fertile area now withered having received the lowest average rainfall in nearly 30 years.

Cattle farmer Tom Wollaston, born 70 years ago in the same house he lives in today, is afraid for what this drought will mean for his children, who aim to takeover the 2,300 hectare property when Tom ‘hangs up his boots’.

“I can’t seem to be able to do anything else apart from just feed, and keep things going, and it (the drought) seems to be one step ahead of me all the time. We’ll battle it out, but it puts a strain on everyone,” says Wollaston.

His wife Margo says droughts have a very negative impact not only on her family, but the whole farming community around the nearby town of Tamworth in northwest NSW.

“I find droughts a little bit like cancer—it sort of eats away at you, and it just gets drier and drier and more severe and more severe, and impacting on your life a lot worse. I do try really hard to keep the house and the garden clean and green because that keeps your head in the right space at night time.”

The judges said they saw many perspectives of the Australian drought, but none that were captured as artistically as Gray’s. “David showed that drone photography is not just about having the technology, but also still using composition, light and colour through the camera lens.” 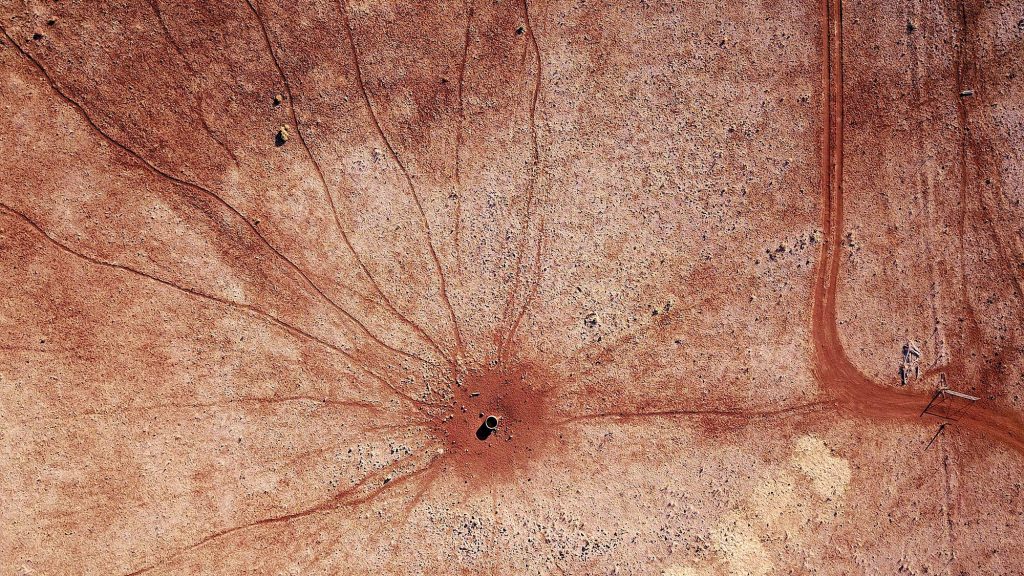 Cattle tracks lead to a water tank in a paddock of Ash Whitney's drought-affected property west of Gunnedah in central NSW, June 2018. 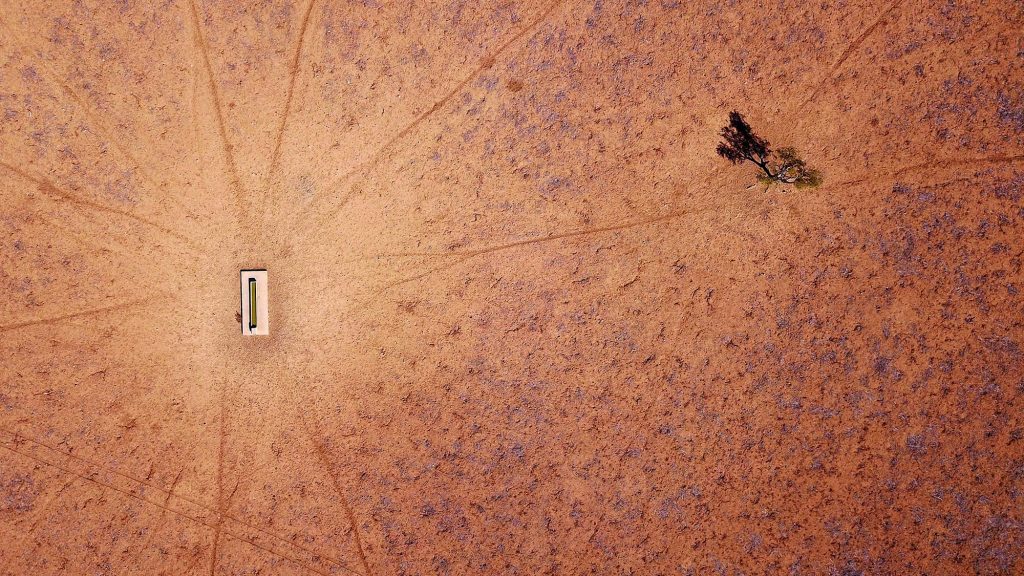 A lone tree stands near a water trough on Jimmie and May McKeown's property on the outskirts of the north-western NSW town of Walgett, July 2018. 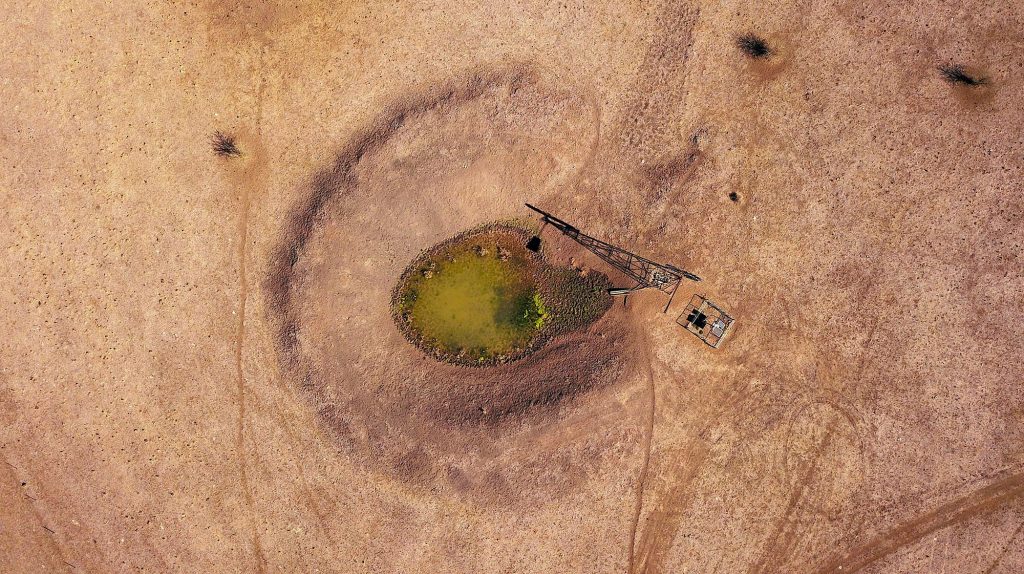 A windmill and solar panels stand next to a dam in a drought-affected paddock on farmer Scott Cooper's property 'South Park', east of Gunnedah, July 2018. 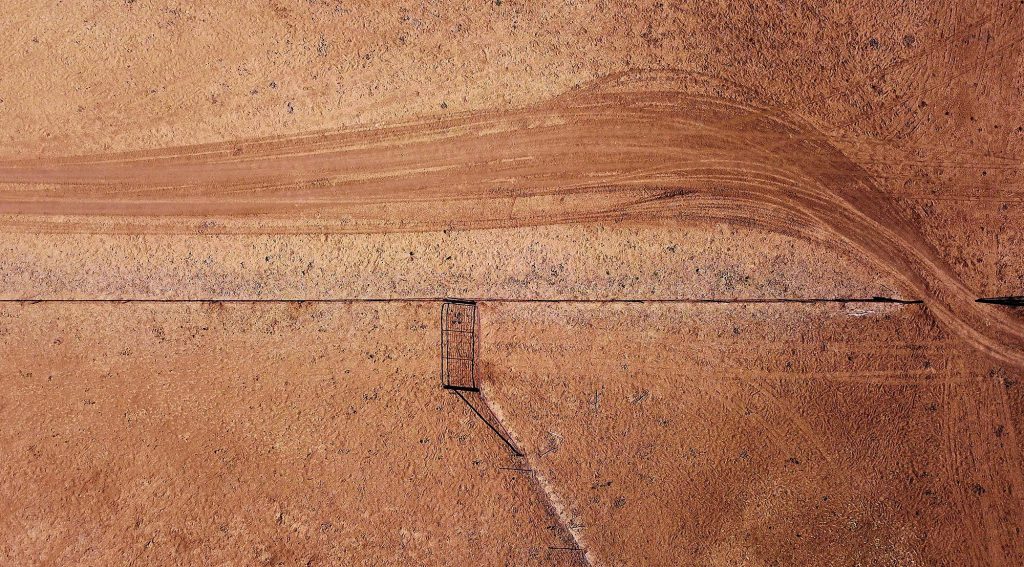 A gate casts a shadow next to car tracks on Jimmie and May McKeown's property. 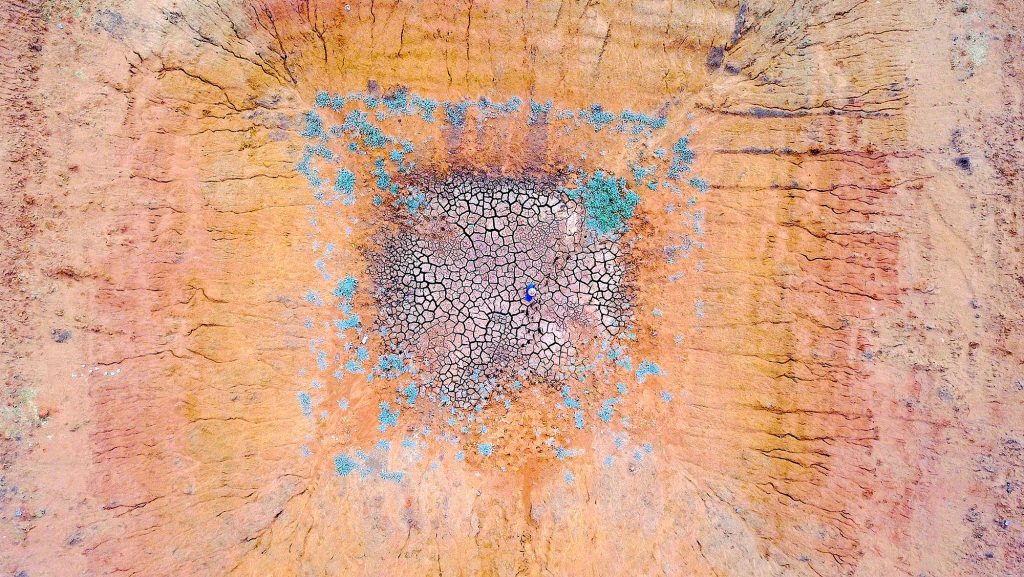 Farmer Ash Whitney stands in the middle of a dried-up dam. 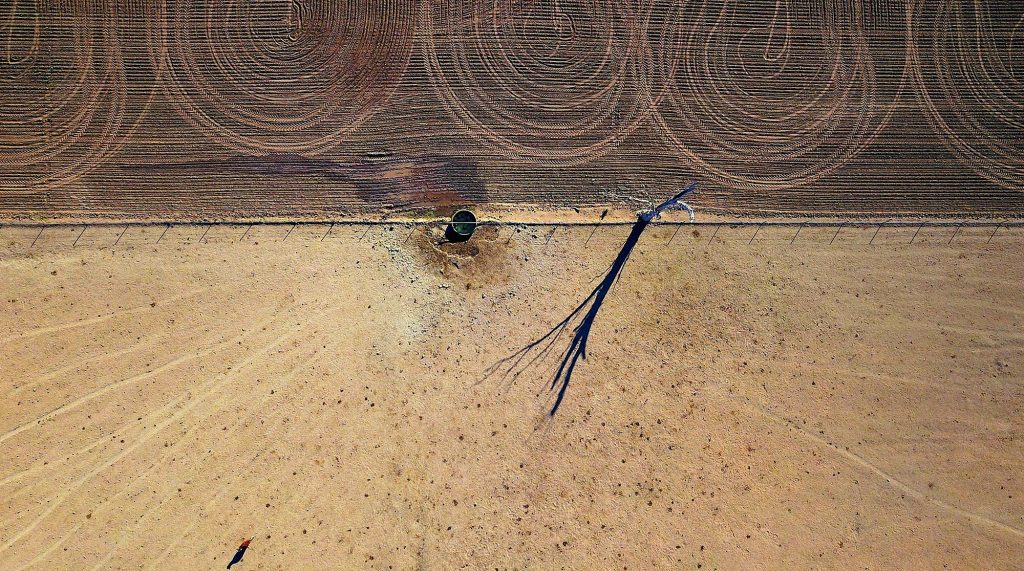 A cow walks away from a water tank on Tom Wollaston's property west of Tamworth in NSW, June 2018. 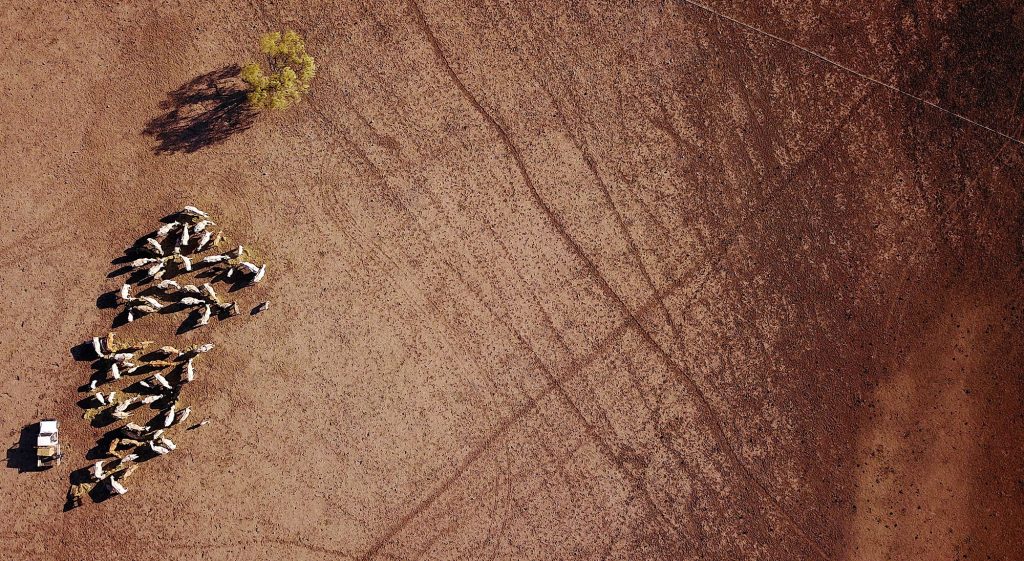 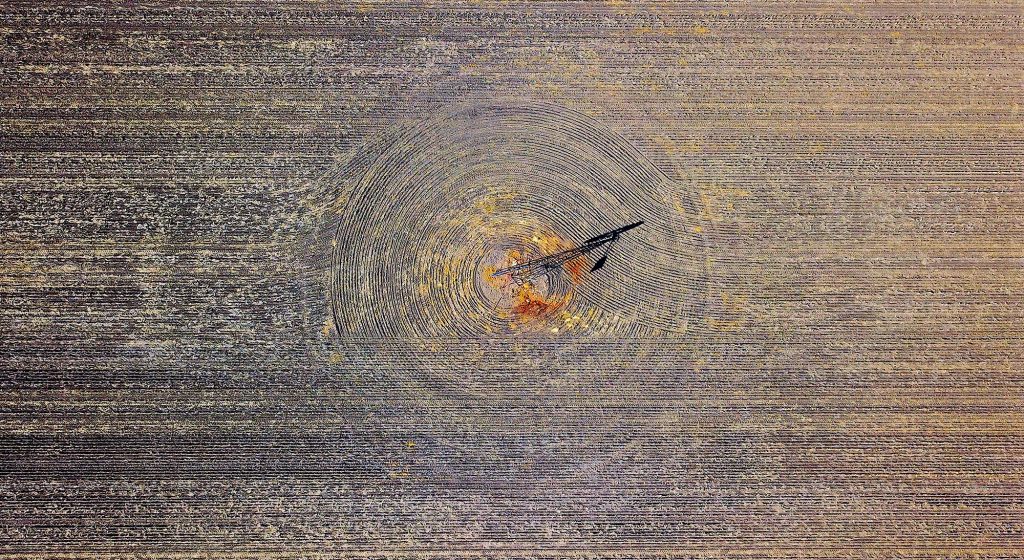 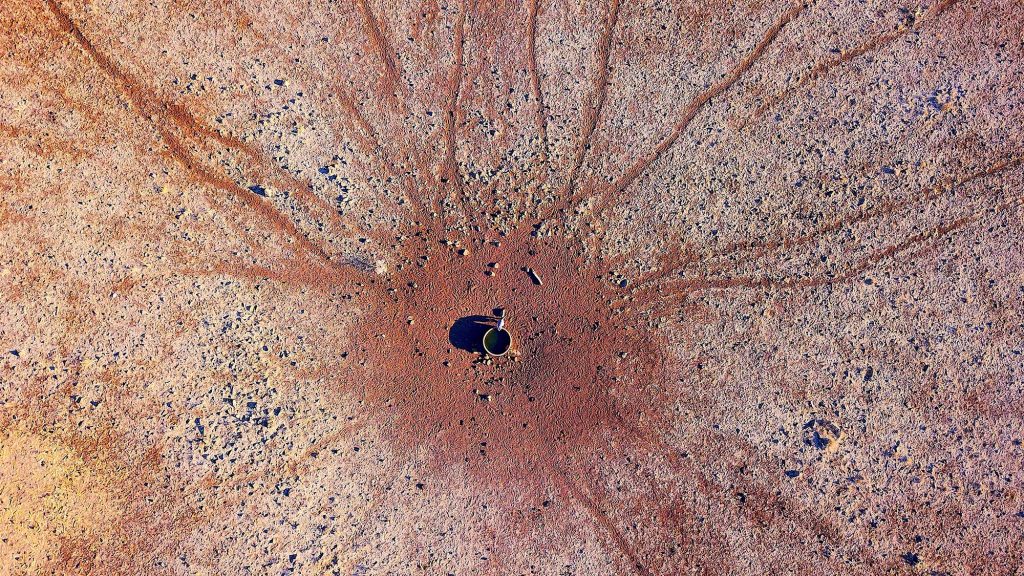 A kangaroo drinks from a water tank in a paddock on Ash Whitney's property. 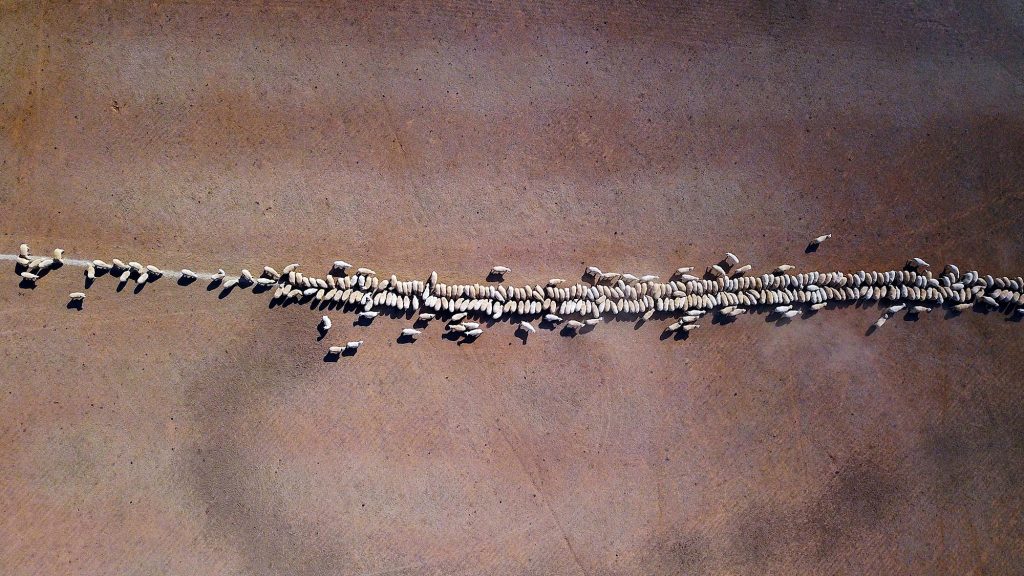 Sheep eat grain dropped in a drought-affected paddock on the outskirts of Tamworth, June 2018. 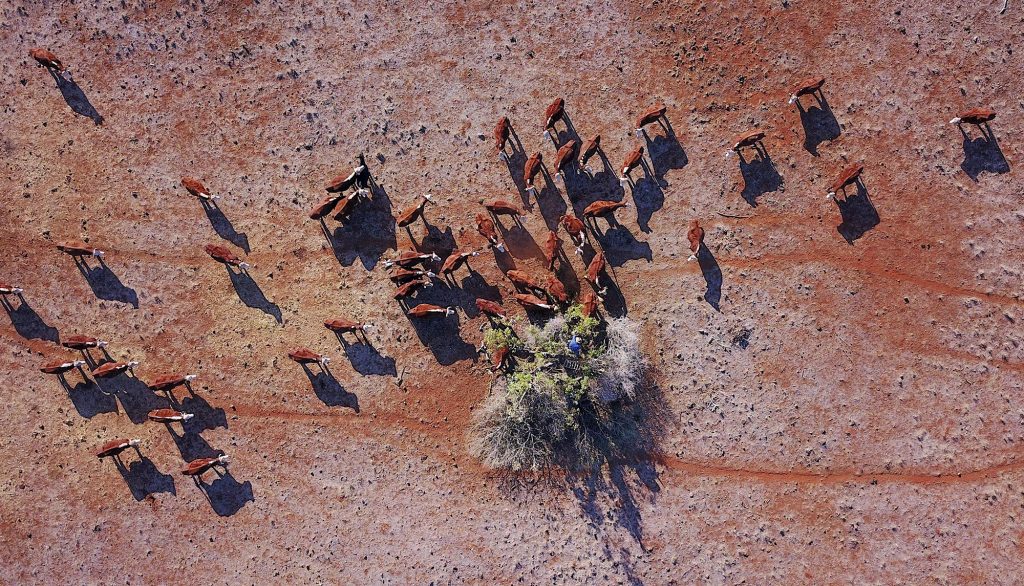 Farmer Ash Whitney cuts branches of a tree to feed his cattle. 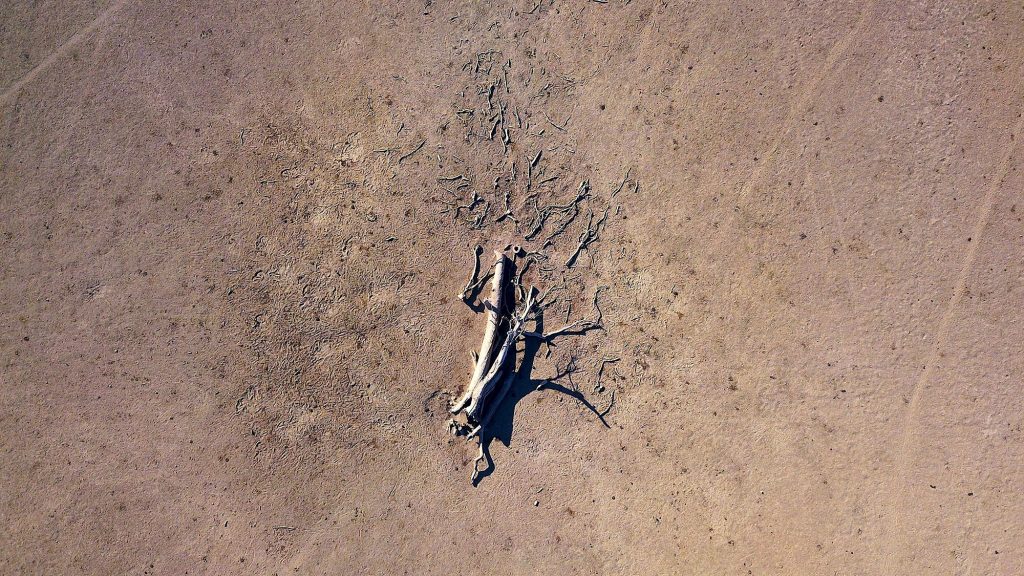 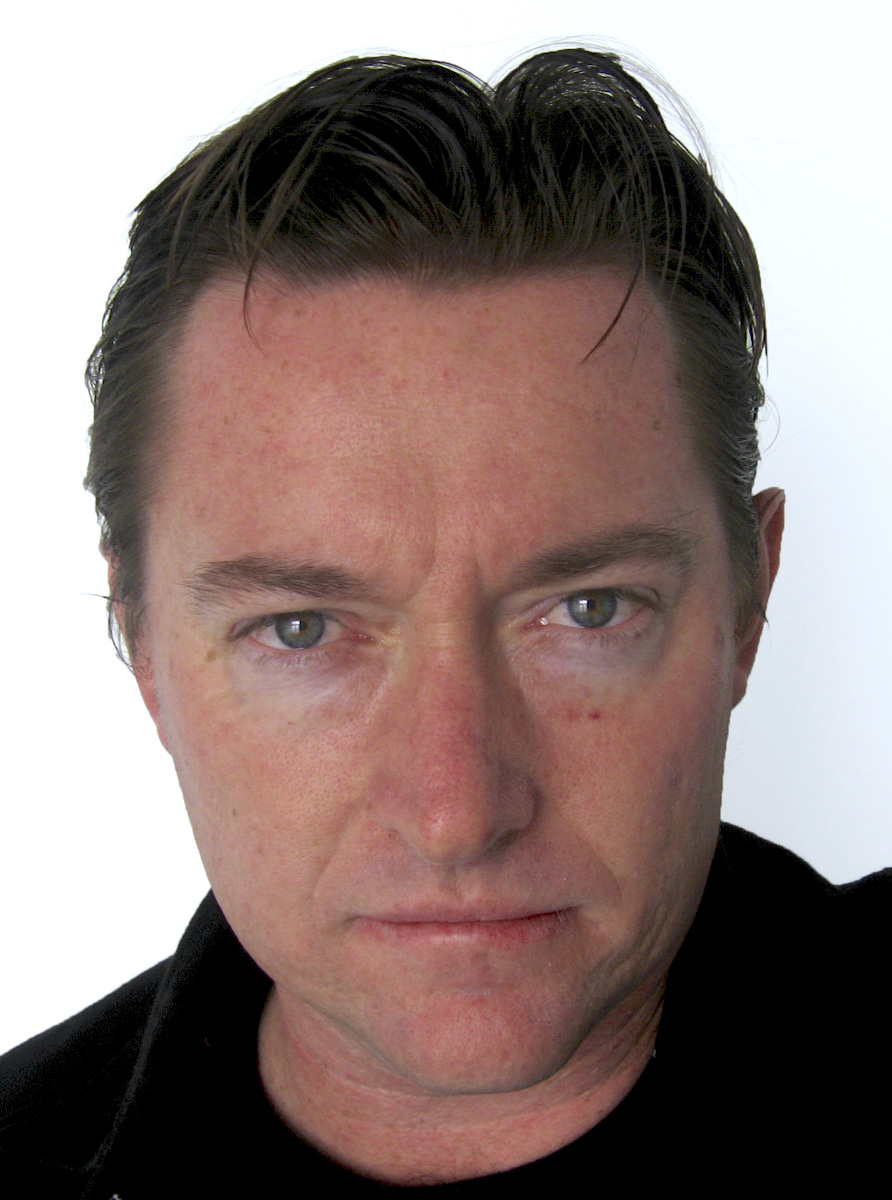