David Rowe said: “I drew this cartoon on the way back from visiting family in Queensland. We got caught up in the fires on the road south to Sydney and ended up in Coffs Harbour trying to avoid the smoke. The backdrop politically was the climate debate, the lack of fire preparedness and a distinct dissatisfaction with the government response.

“The best cartoons, for me, are when you’re hesitant to actually submit because they’re on the edge and they’re a gut response. The “Thoughts and Prayers” cartoon was pretty damning early on but, following the Hawaii escapade and what transpired later, it only grew in power.”

David Rowe had an early interest in drawing and a thirst for comics, with his inspiration coming from Ronald Searle, Ralph Steadman, Geoff Pryor and Bruce Petty. He spent a year studying Political Science at ANU, and another in Graphic Investigation at Canberra Art School. He worked at The Canberra Times before freelancing briefly in London for The Independent and The Times Literary Supplement. Rowe has been The Australian Financial Review‘s political cartoonist for the past 27 years. He has won three Walkleys. 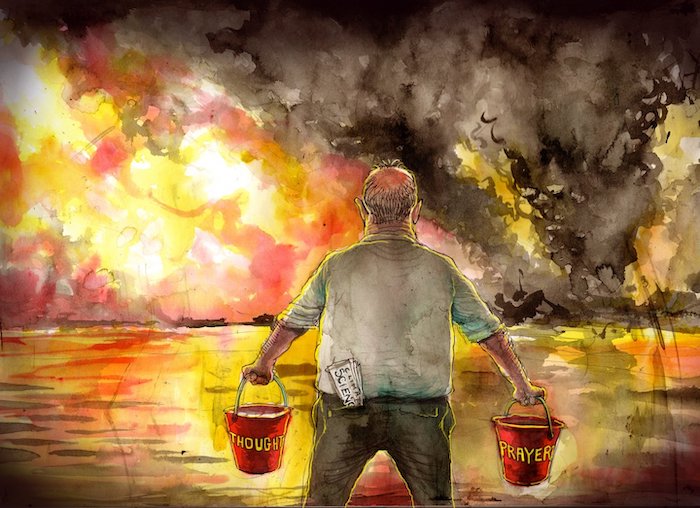 “In a dramatic and cleverly realised cartoon, David Rowe encapsulated the Prime Minister’s futile attempts to redress his earlier absence from the bushfire crisis, while ridiculing his platitudes as he faced the inferno with buckets of unhelpful ‘Thoughts and Prayers’.” 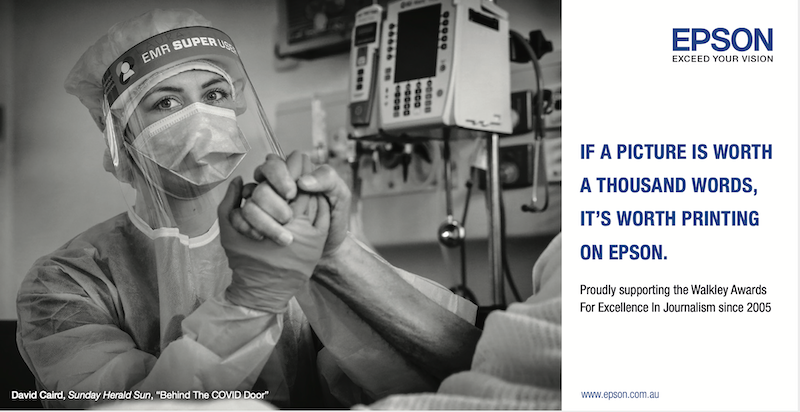