Coverage of Community and Regional Affairs

Tackling the exploitation of foreign workers in the agriculture and food processing sector, Field dug into issues close to the hearts and pockets of significant interests in the communities she is assigned to cover. Demonstrating fortitude in revealing the links between big suppliers and the exploitation of low-ranking workers, her work was genuinely revelatory. What she uncovered was picked up by major metro investigative reporting teams and should be seen in the light of actions by the federal government and the Fair Work Ombudsman to tackle visa fraud and actions by dodgy labour hire companies.

Emma Field joined Victorian newspaper The Weekly Times almost five years ago as its regional-based Gippsland reporter. This was her first journalism role after she moved from agricultural policy, government and agribusiness to work in the media. She now works as the paper’s grain commodity editor, but it was in Gippsland that she started to investigate the exploitation of foreign workers on farms. As a result of these stories she was last year named the Rural Press Club of Victoria’s rural journalist of the year, and this year was shortlisted for a Melbourne Press Club Quill award. This is Field’s first Walkley. 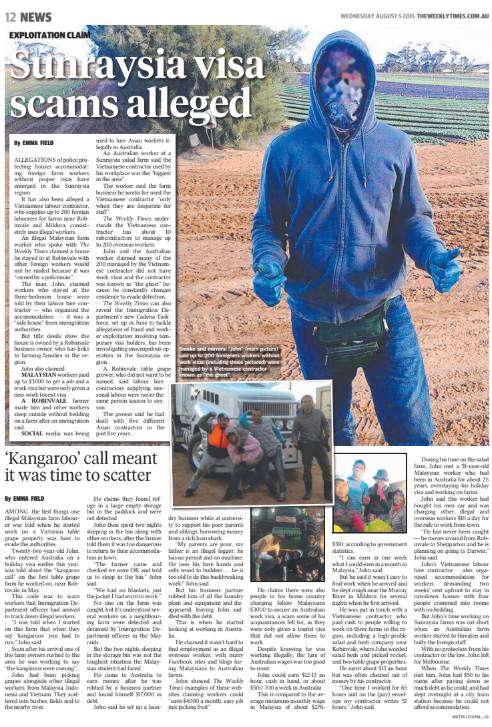 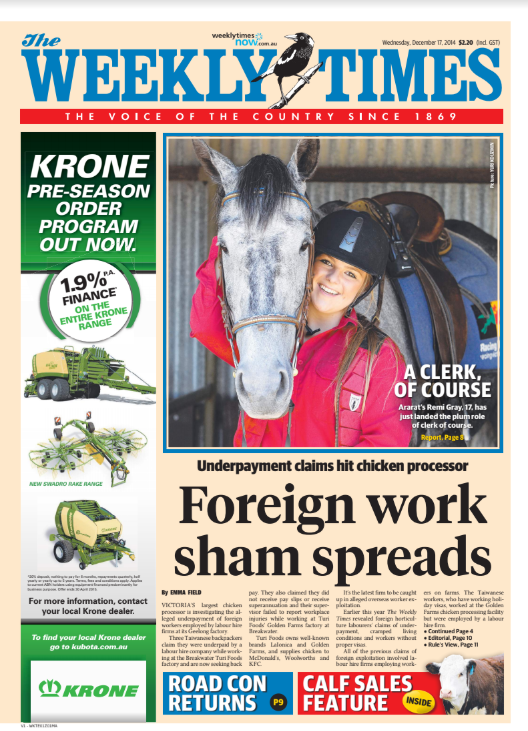 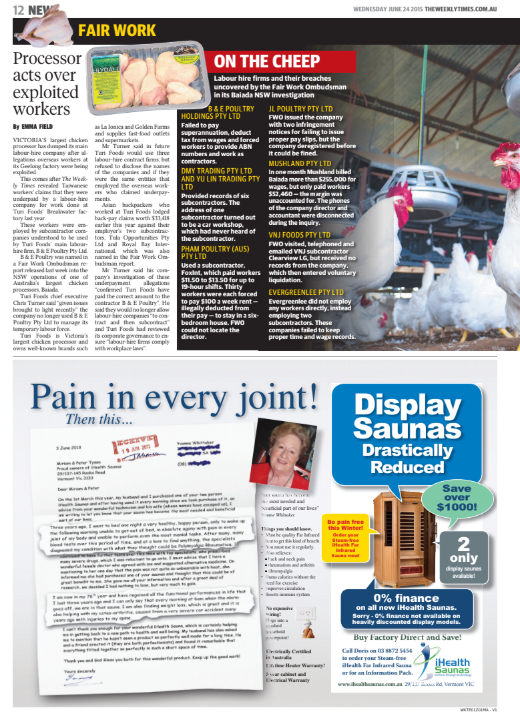 Tackling the exploitation of foreign workers in the agriculture and food processing sectors, Emma Field demonstrated true grit in tackling issues close to the hearts and pockets of significant interests in the communities she covers. Field’s digging led the way in the coverage of this issue, with major metro investigative reporting teams following her journalistic lead, followed in turn by the federal government and the Fair Work Ombudsman.