“Why she broke: The woman, her children and the lake”

“Why she broke: The woman, her children and the lake”

The craft of a good headline has evolved over recent years, and so too has this category, recognising the importance of the tiny but mighty nuggets of journalism, wit and wordplay that make sure readers and viewers find great stories. The classic elements are still very much the key: economy of expression, playfulness of language, a burlesque of meaning that reveals just enough of the story to catch the reader’s speed-skimming eye. Michael Nolan is a veritable Dita Von Teese of the headline game and his work here uses his full wardrobe of tantalising words to transport audiences into the story. His influences are a broad church: biblical, cultural, classical. It’s a pleasure to join him in worshipping at the altar of a well-crafted pun. He explains his winning headlines best:

The father, the son and the Hillary ghost: “Evidence of links between the Trump campaign and Russian government may yet deliver news of biblical proportions in the US, and here we had Donalds Sr and Jr again exposed. Clinton, mostly withdrawn from public appearances since the election, remains a spectre hovering over the Trump presidency.”

Dualling ban grows: “When revelations of Matt Canavan’s [possible] Italian citizenship broke, we turned from the hapless yet urbane Greens to the old Country Party in Queensland. We hadn’t even heard about Barnaby Joyce yet, but the banjos were gathering pace.”

Helen Garner brings all the power of her 50 years of writing experience to the story of Akon Guode, a Sudanese refugee living in Melbourne who drove into a suburban lake, drowning the three youngest of her seven children. Garner had covered similar territory (and was still shaken from) reporting the mirror crime of Robert Farquharson, the separated father who drove his three little boys into a dam, for her book This House of Grief. But Guode’s story called to her.

Garner tells Guode’s story with empathy and honesty in a beautifully written piece that moves gracefully through a harrowing subject. As much as it is an exploration of Guode’s personal history – widow, refugee, mistress, struggling single mother – this story is at its heart about the crushing pressure of the concept of motherhood, and our society and culture’s expectations around that role.

“I was troubled, and I still am, by the finality of the word ‘mother’,” Garner writes in her entry statement, “this great thundering archetype with the power to stop the intellect in its tracks… In the shadow of this ancient duty, so implacable and profound, can mercy hold up its head?”

Garner’s first novel, Monkey Grip, came out in 1977. Since then she has worked close to the disputed boundary between fiction and nonfiction, publishing novels, short stories, essays and several influential works of long-form journalism: The First Stone, Joe Cinque’s Consolation and This House of Grief. For many years she worked as a freelance journalist. In 2006 she won the inaugural Melbourne Prize for Literature, and in 2016 a Windham-Campbell Award for her body of non-fiction work. Garner won a Walkley in 1993 for Feature Writing, and in 2005 was commended for the Walkley Book Award. 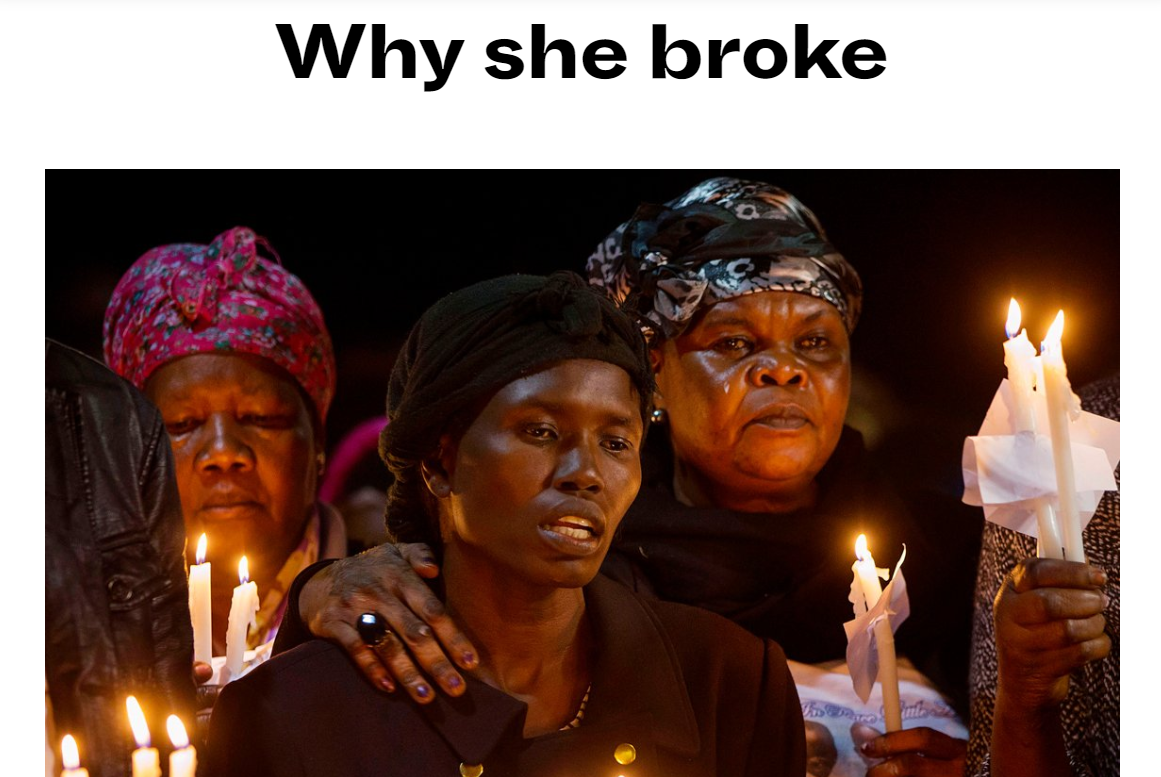 Helen Garner says she didn’t want to write the story of how Sudanese refugee Akon Guode drove into a lake in suburban Melbourne, killing three of Guode’s seven children, feeling it was too close to This House of Grief, the book she wrote about Robert Farquharson, the father who killed his boys by driving them into a dam. But still she couldn’t stop thinking about it. The resulting piece for The Monthly, “Why she broke”, is gripping, wise, honest and true, bringing her novelist’s eye and humanity to bear. “If a full-bore jury trial is a symphony, a plea hearing is a string quartet. Its purpose seems to be to clear – a space in which the quality of mercy might at least be contemplated,” Garner writes. And so does the piece, remarkably so. Garner’s is one among many entries this year to research the backstory of a well-publicised crime, but the sheer power and quality of the writing lifts it ahead of that crowded and rich field.