“A kangaroo rushes past a burning house in Lake Conjola”

The New York Times and Oculi

“A kangaroo rushes past a burning house in Lake Conjola”

Matthew Abbott captured the standout image of the 2019-20 Australian bushfires.

On capturing this moment, Abbott said: “At around 10 on the morning of New Year’s Eve, I saw plumes of smoke about an hour from where my family was staying in a coastal town three hours south of Sydney. I’d been photographing bushfires for nearly two months straight at that point, but when I approached Conjola, I saw unmatched mayhem: crowds trying to evacuate down a single country road as thick smoke rose above them. I drove towards where they were fleeing. On the first road I came across, every house was burning. I photographed remaining home-owners hosing down what they could, coughing, holding shirts against their faces to breathe.

“Further down the hill a little after 1pm, I saw a group of kangaroos coming up the middle of the road, obviously running from another fire. One kangaroo ran right between myself and the burning house. I was able to make several frames of the frightened animal as it dashed past and then hopped away, safe – at least for the moment.”

Matthew Abbott is a documentary photographer based in Sydney, widely recognised for photographing social, cultural and environmental stories covering contemporary suburban and regional Australia. He is a regular contributor to The New York Times and other international media. His work has been recognised through a number of prestigious awards, including the 2020 Deadline Club Award for Spot News, second place in the 2020 World Press Photo Contest, Spot News category and third place in the Daily Life category at the Pictures of the Year awards. He won the inaugural Rust Belt Biennale in 2019 and the Nikon Journalism Prize for Australian Daily Life in 2018 and 2019.

“For millions of people around the world, Matthew Abbott’s photo became the emblem of the Australian summer bushfires. An exceptional shot that you couldn’t stage even if you tried. A standout image.” 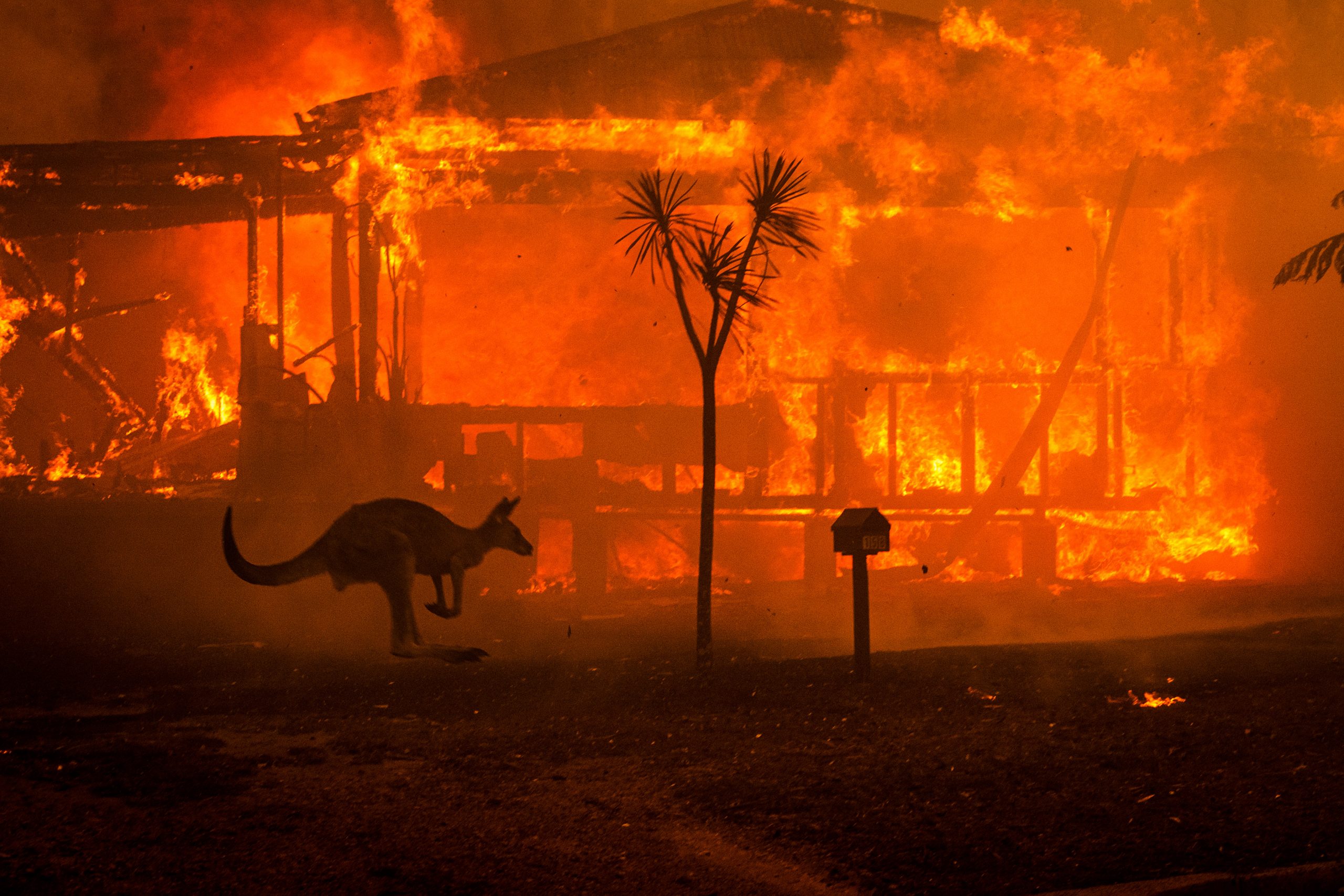 A kangaroo rushes past a burning house in Lake Conjola, where thousands of tourists were stranded after a bushfire tore through the seaside town on New Year’s Eve. NSW, Australia. 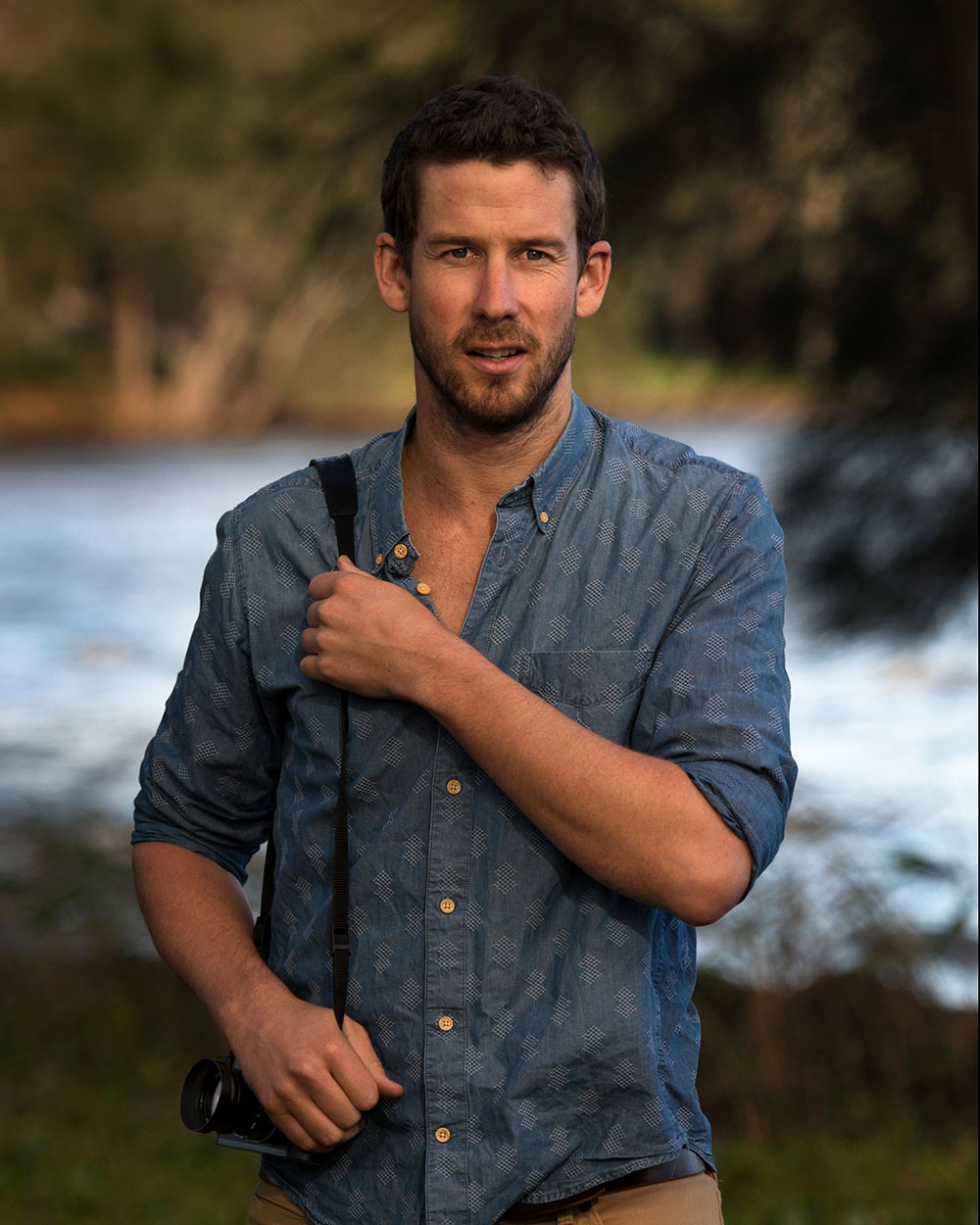 Nikon is a proud supporter of the Walkley Award for News Photography and congratulates this year’s winner. 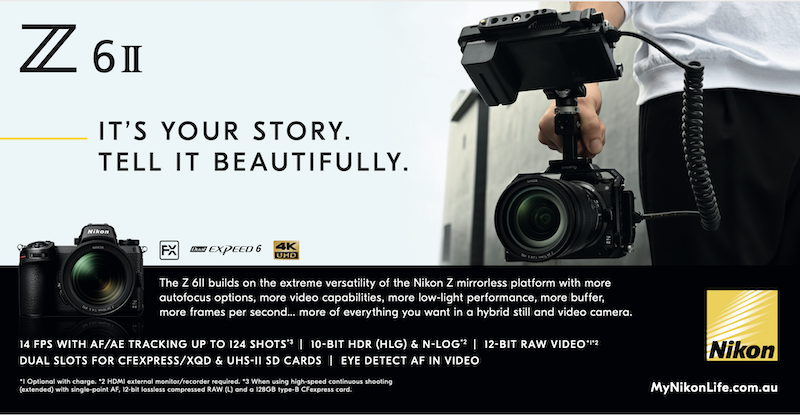