With most news events, the cameraman goes to the story. But this story came to Paul Walker, in the most dramatic way. Walker and crime reporter Andrew Denney were stuck in city traffic, returning from another story, when a man ran past, bloodied and waving a knife.

Walker grabbed his Sony PXW-X400 camera and joined the chase, filming as he went, to capture this extraordinary footage. He followed the pursuit for six minutes until the attacker was subdued by city workers and firefighters. Then he used a GoPro camera to film the attacker inside a NSW Police caged truck.

Walker is a senior cameraman with Seven News. In his 35-year career, he has chased stories all over the globe, including conflicts in Fiji, Israel, Iraq and Afghanistan, catastrophic weather, royal weddings and even the Backstreet Boys. This is his first Walkley Award. 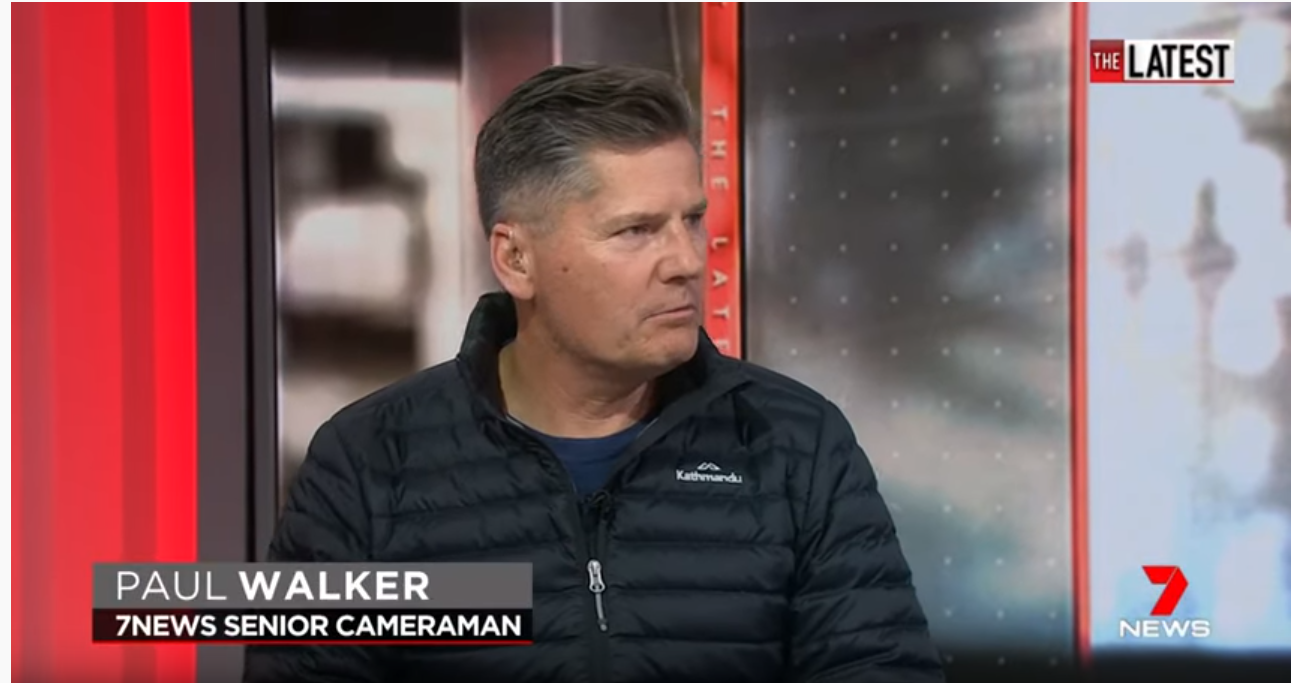 “It’s a once-in-a-lifetime story that would be the high point of most people’s careers, and Paul Walker was right there to get the footage everyone wanted. Luck might have played a part, but he had seconds to react and every instinct in his body was spot-on.

He was decisive in picking the camera gear he needed and shot with presence of mind and steadiness amid the adrenaline, unable to know the full extent of the danger. The pictures and reactions were amazing and he was extraordinarily brave.” 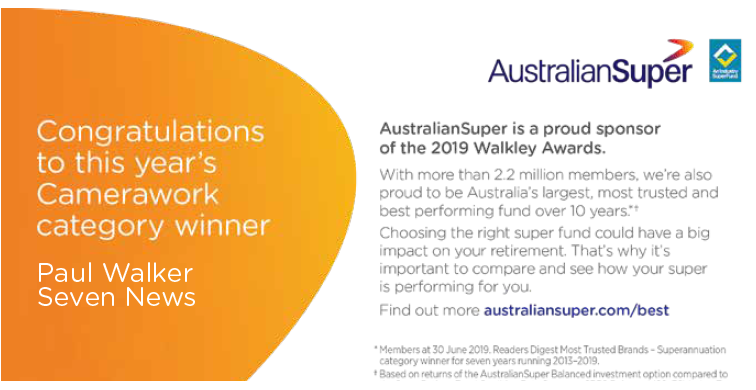