The escape lasted only seconds, but the photo made headlines around the world. Rob Griffith’s image of Jieun “April” Bae’s flight to freedom from a gun-wielding Man Haron Monis captures not only the moment her terror shifted to relief, but the stress of that day in December.

Griffith held position for five hours that day, and for a long time the only movement was when police changed operators in and out of key positions. With the agency understaffed there was no hope of relief, so Griffith stood still and ready when a young woman burst out of a covered doorway. It was a split-second shot, and in challenging low-light conditions, but Griffith caught it.

Rob Griffith has worked as a photographer for The Associated Press in the agency’s Sydney bureau since 1998, covering major news and sporting events across the globe. He has photographed the soccer and rugby World Cups, the Olympics, the Asian Games and the America’s Cup. He has also covered the war in Iraq, the disappearance of Malaysia Airlines Flight 370 and disasters including the 2007 tsunami in the Solomon Islands and the 2011 earthquake in Christchurch, New Zealand. In his spare time, he designs photography gear and helps his vet nurse wife care for kangaroos, bats and other local fauna in their home. 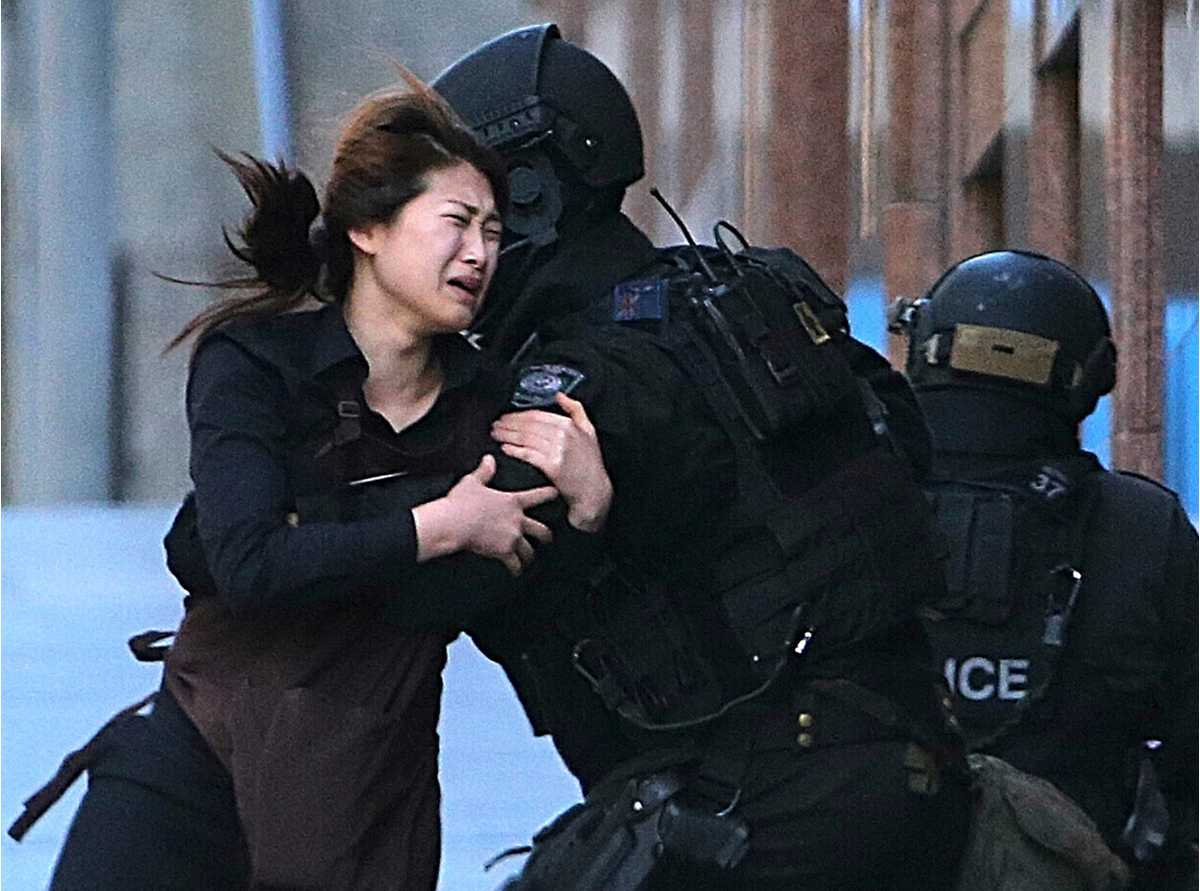 Griffith’s image of Jieun “April” Bae’s flight to freedom from a gun-wielding Man Haron Monis, captures not only the stress of that day in December but the moment the young cafe worker’s terror shifted to relief. This was the biggest news story of the year and this image stood out from every other image captured that day. Capturing a moment in time takes great technical skill. This photo will be famous forever.