Almost 10 years ago, 20-year-old Matt Leveson disappeared after a fight with his partner. Matt’s parents, Mark and Faye Leveson, struck a deal with the man they suspected of having killed Matt. The deal granted Matt’s partner immunity for revealing where he had buried the body, but Matt’s parents still wanted to know how Matt had died.

The 60 Minutes team’s reporting played a big role in getting and keeping this case on the public agenda. They were there when Matt’s body was dug up. Strong storytelling is bolstered with raw accounts from Matt’s parents. The program was the result of three years of research, and told the story fairly and with empathy.

Tara Brown has worked with the Nine Network’s 60 Minutes since 2001, conducting high-profile interviews and reporting on stories from around the globe. Brown won a Walkley in 2015 for TV Weekly Current Affairs (with Rebecca Le Tourneau) for “Catching a Monster”, an investigation of paedophile Peter Scully.

Grace Tobin joined 60 Minutes as a researcher in 2013, after cutting her teeth in regional Queensland with several years at WIN Network and Seven Local News. At 60 Minutes she’s produced significant crime investigations including two Walkley-nominated stories, “Murder at Murphy’s Creek” in 2014, and “Where is William?” in 2016. This is her first Walkley Award. Sean Power joined the Nine Network as an eager 21-year-old in 2013. After a three-year stint reporting on the road with A Current Affair and Nine News Brisbane, Sean landed his dream job at 60 Minutes in 2016. 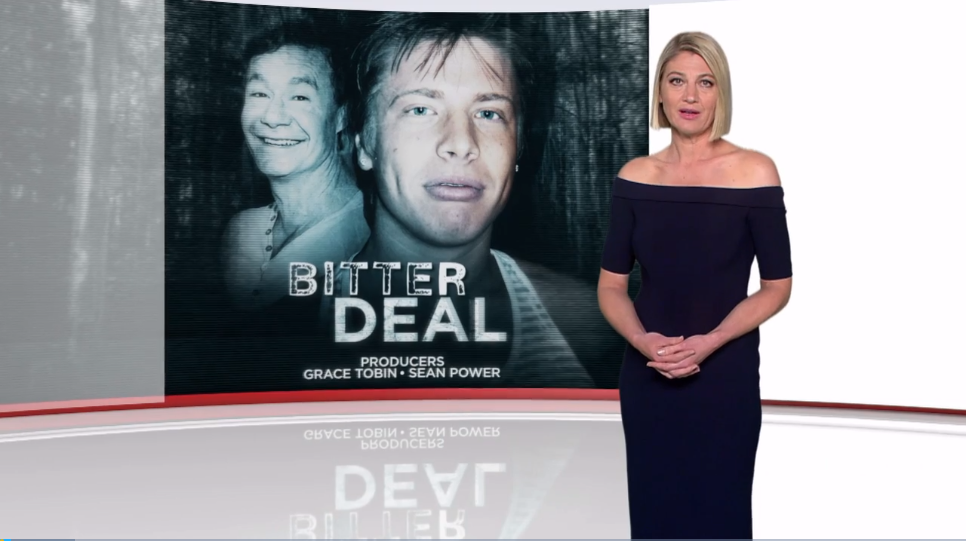 Through dogged, determined reporting, Tara Brown and the 60 Minutes team raised important questions about the legal process in the disappearance of Matthew Leveson. Their story, “Bitter deal”, was fair and balanced, and included a shocking change of opinion from police about the man many assumed to be the killer. Beyond just uncovering the truth, the story also depicted Matthew’s parents’ heartbreaking search for their son.