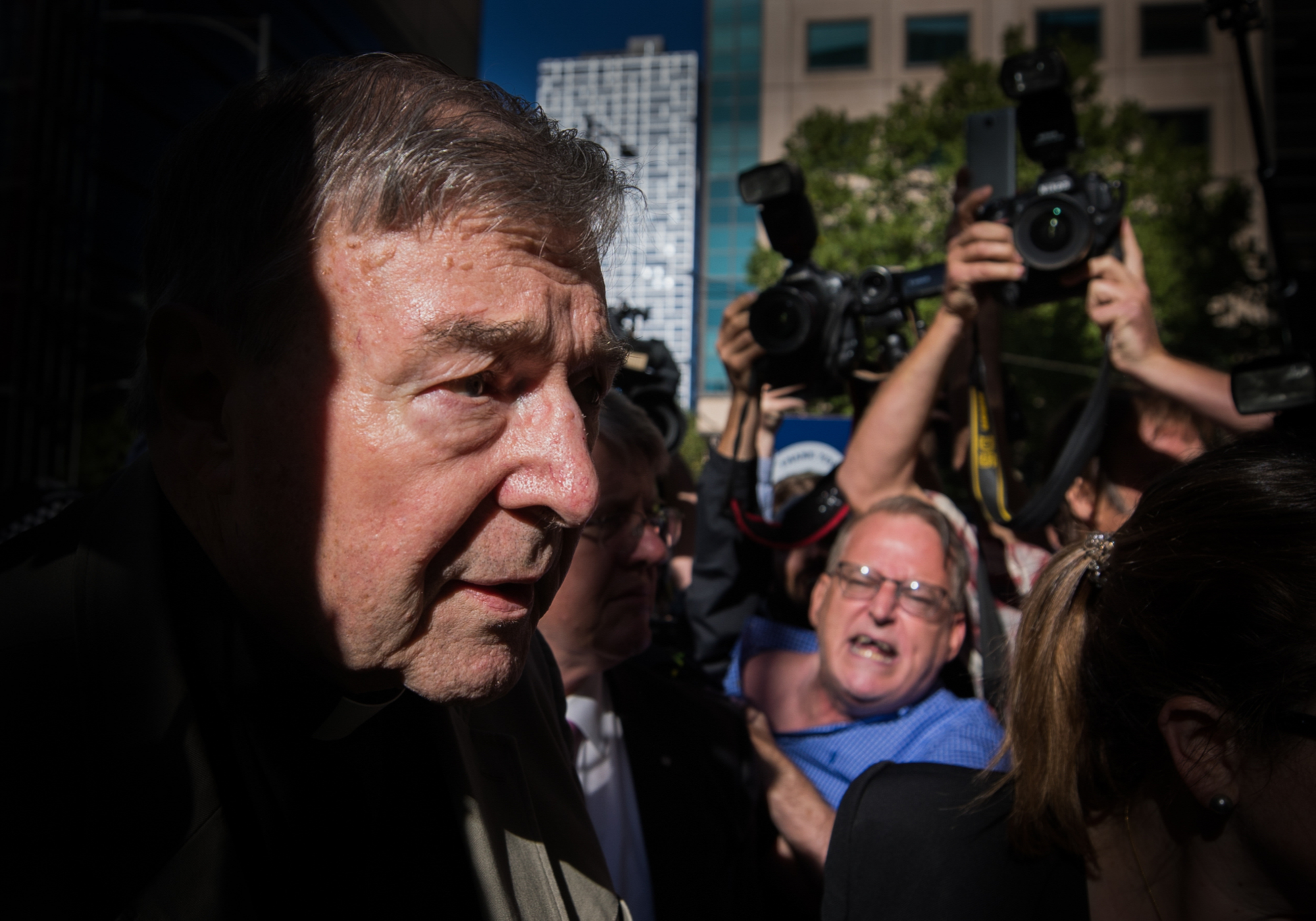 Jason South has been named the winner of the 2019 Nikon-Walkley Photo of the Year Prize for “Running the gauntlet”. The Nikon-Walkley judges thought Jason South’s image of George Pell for The Age managed to tell the biggest news story in Australia in a single frame, saying “it’s no mean feat to get an image that good out of a court job”.

All finalists detailed below were announced tonight at simultaneous events at the Parliament of New South Wales in Sydney, and 1826 Photography Studios & Gallery in Melbourne.

To view the finalists’ photographs, visit The Walkley Magazine online.

Prize winners receive a prize of Nikon equipment. Nikon-Walkley winners will be announced on November 28 at the 64th annual Walkley Awards for Excellence in Journalism.

You can find information about the Walkley Awards judging process here, and the Terms and Conditions of the Awards here.

NIKON-WALKLEY PHOTO OF THE YEAR PRIZE 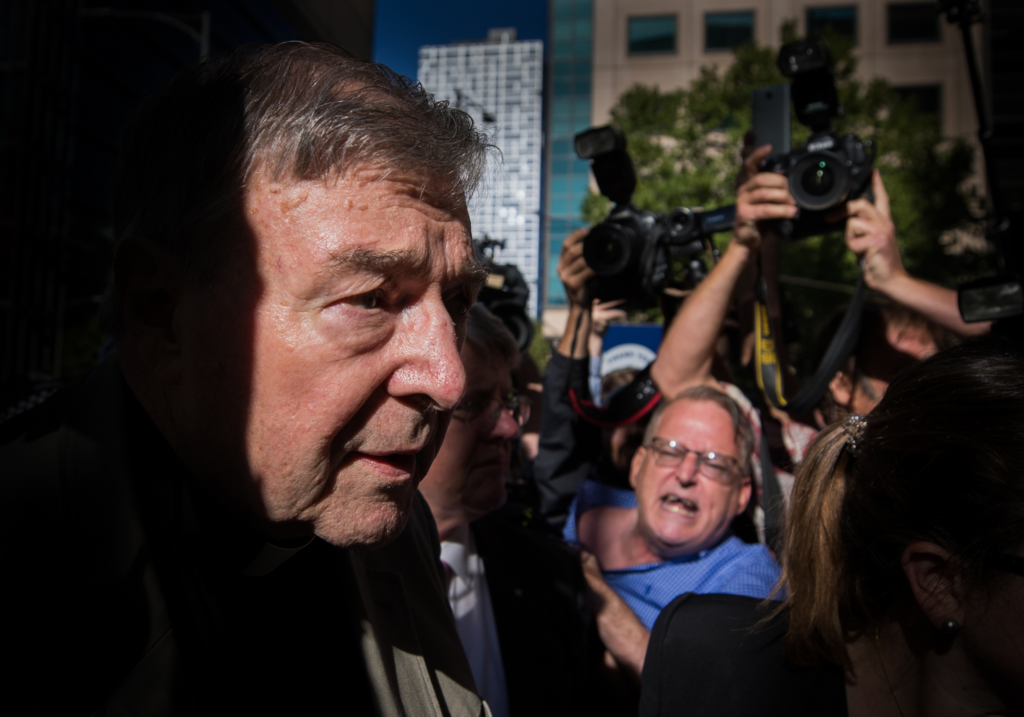 Cardinal George Pell runs the gauntlet of media and angry Christians at the Melbourne County Court before hearing his sentence. Photo: Jason South, The Age.

The finalists’ photographs will be toured around the nation in a series of free public exhibitions and is currently on display at 1826 Photography Studios & Gallery in South Melbourne until October 24.

The Walkley Foundation thanks Nikon for more than two decades of support and partnership on the photography awards and prizes. And thanks to the judges:

To view more information on the finalists, visit The Walkley Magazine online.

Three outstanding documentaries have been shortlisted for the Walkley Documentary Award.

These films, along with three more films long-listed for the award, will be screened free for the public at the State Library of NSW on Wednesday 16 October. RSVPs are essential.

Thanks to the Documentary Award judges:

All winners will be announced at the Walkley Awards in Sydney on November 28.  The awards will be broadcast live on SKY NEWS EXTRA (Foxtel Channel 604) and streamed on the Walkley website (walkleys.com) from 8pm.