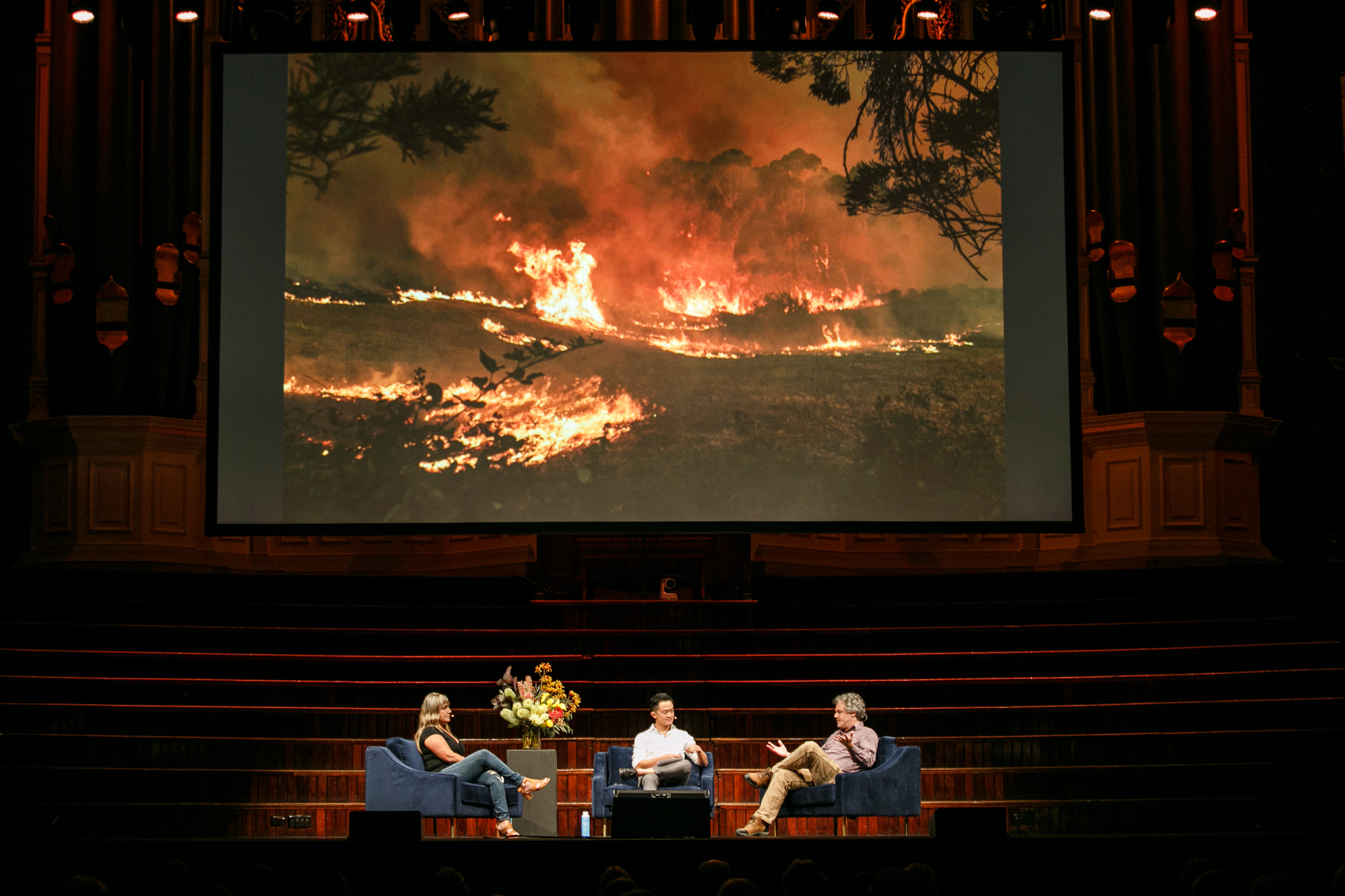 Listen to podcasts of “Walkleys Live: The Journalism Gene”

If you missed any of the Walkleys Live talks last month as part of Sydney Festival, you can now listen back on SoundCloud to podcasts of each of the talks with Kate McClymont, Chris Reason, Lorena Allam & Laura Murphy-Oates, Patrick Abboud, Nick Moir and Sylvia Liber. Listen below via SoundCloud.

The “Walkleys Live: The Journalism Gene” podcasts were produced by Sydney Festival in collaboration with the Walkley Foundation. (Photo: Yaya Stempler/Sydney Festival.)

Nick Moir is Chief Photographer for The Sydney Morning Herald, and the 2020 Nikon-Walkley Feature/Photo Essay Award-winner for “Firestorm”, Moir’s middle-of-the-inferno coverage of the 2019/2020 summer bushfires.

Illawarra Mercury photographer Sylvia Liber is the 2020 Nikon-Walkley Prize winner for Community/Regional. Liber travelled the East Coast after the destruction of the fires, capturing the aftermath and the stories of people who had lost everything in the inferno.

Hear about being trapped in the middle of firestorms and eucalyptus explosions, conditions so extreme that camera parts started melting, chasing extreme weather around the world, watching the devastating effects of climate change unfold in person, and the stories that developed in the aftermath of the destruction of the summer bushfires.

And hosting the podcast for the series was Laura Murphy-Oates, the 2018 Walkley Young Australian Journalist of the Year, an outstanding voice of the next generation of journalists and proud Ngiyampaa Weilwan woman.

Kate McClymont: Digging up the underbelly of Sydney’s upper echelon

The Sydney Morning Herald investigative journalist Kate McClymont has seven Walkley Awards – including the 2002 Gold Walkley and 2020 Print News Walkley – and a reputation that strikes fear into the heart of politicians, criminals and anyone who’s dabbled in corruption.

She’s a hilarious storyteller and has broken countless massive investigations over her career, including Eddie Obeid’s corrupt dealings, the Don Burke investigation, and the NRL Bulldogs salary cap scandal (which won her the 2002 Gold Walkley with Anne Davies).

Patrick Abboud uncovers stories you never knew existed in ways you won’t forget. Broadcasting for more than a decade across SBS, the ABC and now Network 10, Pat’s specialty is ‘doing diversity’ and his award winning storytelling is described as “Must Watch TV” (The Guardian).

An openly gay journalist and presenter, it wasn’t always possible to be an out and proud person of colour on screen. While taking us behind the scenes of his work, Pat unpacks how being more personal in his approach to journalism hasn’t hurt his career but rather helped it.

You’ll also get a first look into Pat’s new queer true crime show “The Greatest Menace”, a collaboration with co-producer Simon Cunich, commissioned by Amazon, supported by The Walkley Foundation and made possible with the Jesse Cox Audio Fellowship. The eight-part investigative series unlocks the incredible hidden history of the world’s only gay prison in a tiny Australian town.

When the Lindt Cafe Siege brought the Sydney CBD to a standstill, the Seven newsroom was in the unique position of being right at the crime scene. Chris Reason was on air for hours and hours to cover the breaking story, while police snipers also used the newsroom as a tactical vantage point. Reason won the 2015 Walkley Award-winner for TV News Reporting for this work.

Reason also covered the September 11 attacks from on the ground in New York, as well as the 7 July London terror attacks and many other major news incidents over the past 30 years. Discover what it’s like to cover major breaking news from the hot seat in front of the camera and in the middle of the action.