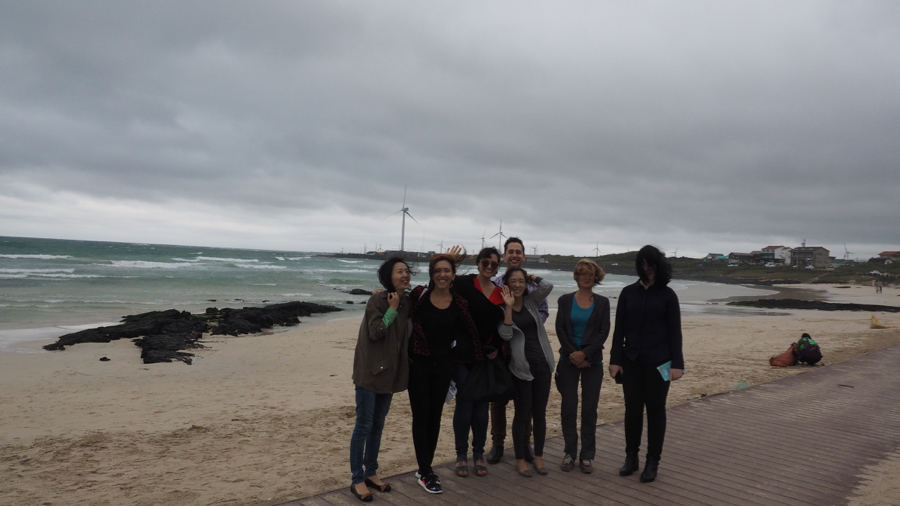 By WalkleyMagSeptember 28, 2016June 25th, 2019No Comments
Three Australian journalists, Myles Morgan (SBS), Phoebe Wearne (The West Australian), and Angela MacDonald-Smith (The Australian Financial Review), along with Walkleys multimedia manager Kate Golden are on exchange in the the land of kimchi and K-pop thanks to DFAT and the Australia-Korea Foundation.

In this post we share Golden’s snapshots of their adventures via Instagram. Above: Intepreter Jenny Yoo, Korea Press Foundation coordinator HaeJoo Kang, Golden, Morgan, Eunsol Lee, Mac-Donald-Smith and Wearne experience the very reason Jeju Island is a hotspot for wind energy research. “I think this is not much of a wind for Jeju people,” noted guide Yong-wan Go, who took the photo. Photo courtesy of Phoebe Wearne.