Join us for a Walkley (long) weekend in Tamworth

The Walkley Regional Journalism Summit: Serving local communities will look to the future and examine a number of themes including why local news matters, how it brings communities together, the key challenges facing production, and business models, collaboration and funding. There will also be industry-focused training and workshops for local journalists, students and those with a deeper interest in the production of news.

Friday, November 19: The 66th Walkley Awards for Excellence in Journalism

The night of nights for Australian journalism. This is the night when we come together as an industry and recognise the best of the best for 2021.

It’s time to recover and share all the stories from the night before! The Walkley Recovery Party will be held at the iconic Tamworth Hotel. Dinner guests are encouraged to stay for the weekend and join us for a recovery BBQ  and some country music. See local MP Kevin Anderson and his band “Splashpool” perform from 12 noon.

How to get to Tamworth and where to stay

Qantas operates multiple direct flights each day from Sydney to Tamworth. It also flies direct from Brisbane to Tamworth once daily. Those travelling from other cities will need to connect at Sydney or Brisbane Airport.

Qantas flights from Sydney to Tamworth on November 17, 18 and 19 are as follows:

Book with Qantas. Flight times are subject to change.

On November 19, Sydney Airport will host a dedicated Walkley Departure lounge in The Heritage Room at Terminal 3. This space will operate from 8am to 4pm and will be available exclusively to guests who are travelling for the awards. Join us for food, drinks, entertainment and a catch-up before you board your flight to Tamworth. 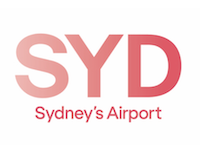 Staying for the weekend and want to have your car to get around? Tamworth is five hours’ drive north of Sydney and seven hours from Brisbane.

Tamworth and district has a range of accommodation options, including hotels, motels, pubs and camping.

STAYING IN TOWN FOR THE WEEKEND

If you decide to make the most of your mini-break and spend the weekend in Tamworth, here are some activities that may be of interest.

WHERE TO EAT AND DRINK