On February 10 we held the Walkley Regional Journalism Summit online. The Summit was streamed live and open to the public, bringing communities together around their journalists and highlighting the impact of regional journalism.

At the Summit we painted a comprehensive picture of regional media in Australia at this moment in time – bringing together voices from the industry, the latest research from across the nation, and case studies from independent and innovative regional news outlets. We partnered with The Northern Daily Leader and the ABC and its regional network to amplify the Summit. 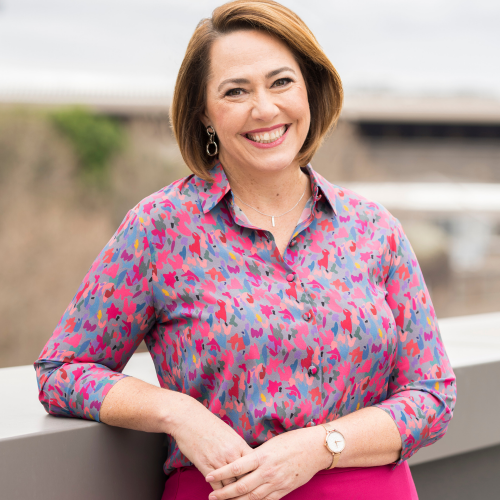 Lisa Millar is the co-host of ABC News Breakfast and a guest presenter for Back Roads. She began her career in 1988 on The Gympie Times in regional Queensland. She spent two years in Townsville working for WIN TV before joining the ABC as the North Queensland reporter, covering a patch that stretched from the Torres Strait to the Whitsundays and out to Mount Isa. She has worked for online, radio and television over the past three decades and completed three foreign postings, reporting from 40 countries in her time as bureau chief in Washington DC and Europe. She won a Walkley Award for investigative reporting and was a director on the board of the Dart Centre for Journalism and Trauma for 10 years. 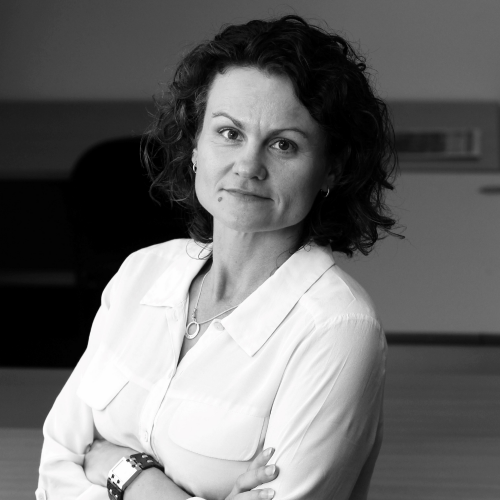 Donna Page is an investigative reporter for The Newcastle Herald, where she previously worked as Chief-of-Staff and Day Editor. She also ran a mentoring program at The Newcastle Herald for several years and regularly works on investigations with other staff as part of the paper’s training program. Page has worked for The South China Morning Post and Portuguese news agency Lusa, covering news and business. She also spent several years as an investigative reporter for a Chinese/English current affairs magazine Macau Closer, based in Macau on China’s southeastern coast. Passionate about regional journalism, Page won Walkley Awards for Coverage of Community and Regional Affairs in 2016, 2019 and 2020 and was a finalist in 2013. She was also part of a Newcastle Herald team that won a United Nations Association of Australia award for environment reporting in 2015. The mother of two has taught journalism at the University of Newcastle since 2016. She is driven by her belief that regional and rural journalism is at the heart of local communities, as well as by her passion for giving a voice to those without a voice. Over the past 25 years, Page has seen huge changes in the regional media landscape as outlets face increasing financial strain and newsrooms dwindle. Despite the challenging conditions, she believes regional and rural media outlets must continue to stand up for their communities and pursue public interest journalism, championing local people, issues and events. “Too often regional and rural communities get lost in the noise,” she said. “Local journalists are responsible for ensuring local stories are told, injustices are revealed and power is held to account.”
The WIN Network is home to 17 news bureaus across Australia, more than 80 news staff and services a population of more than 8 million people.

Stella is responsible for 13 half hour news bulletins each weeknight, and more than 100 news updates a day.

Stella started her career as a reporter at WIN Television in the early 90’s after graduating with a Masters in Journalism from the University of Wollongong and quickly rose to the position of Newsroom Chief of Staff at WIN Network headquarters in Wollongong.

After leading the flagship newsroom to record ratings, Stella moved to Channel 9 in Sydney as Assistant Chief of Staff, Producer and covered breaking national and international news as Reporter for many years.

While working at Channel 9, Stella also lectured at the University of Wollongong, passing her knowledge and skills to post-graduate students studying Broadcast Journalism both here and UOW offshore campuses.

Stella is proud to have a long list of successful regional and metropolitan journalists she has mentored over her career spanning 27 years – and credits WIN Television for employing thousands of journalists and camera operators over a 50 year period. 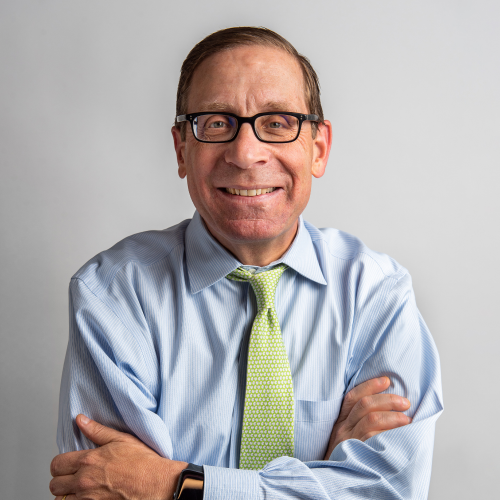 CEO and co-founder of The Texas Tribune (US)

Evan Smith is the CEO and co-founder of The Texas Tribune, a pioneering nonprofit, nonpartisan digital news organization whose deep coverage of Texas politics and public policy can be found at its website, texastribune.org, and in newspapers and on TV and radio stations across the state. Since its launch in 2009, the Tribune has won international acclaim and numerous honors, including a Peabody Award, 23 national Edward R. Murrow Awards from the Radio Television Digital News Association and three general excellence awards from the Online News Association. Evan is also the host of “Overheard with Evan Smith,” a weekly half-hour interview program that airs on PBS stations around the country. A native of New York, he's a graduate of Hamilton College and Northwestern University's Medill School of Journalism. 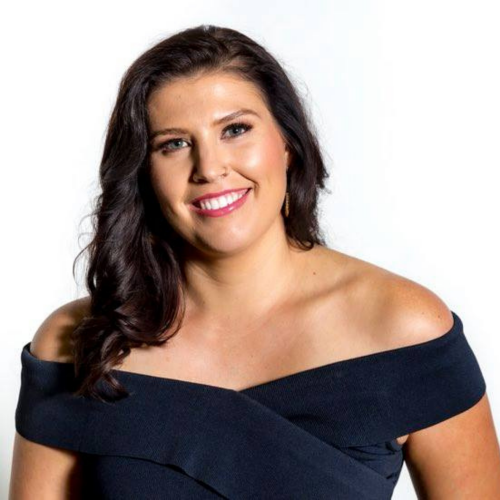 Rhanna Collins is a proud Palawa woman and the Head of Indigenous News and Current Affairs at NITV & SBS, working across the slate of digital and on-air platforms. She is an experienced cross-platform producer and journalist with a strong editorial, project management and strategic news background. She has worked as a journalist, producer and editor in a number of Australian media companies and broadcasters over the past decade including Foxtel, The Weather Channel, Sky News and SBS. 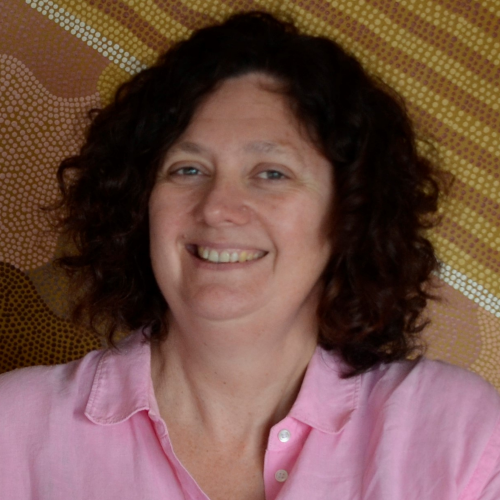 Rudi Maxwell is editor of the Koori Mail, Australia’s only 100 per cent Aboriginal-owned, independent national newspaper, based in Lismore, Bundjalung country, NSW. Rudi has been a print journalist for more than 20 years, spending most of her career in regional Australia, apart from a few years in the sports department of The Australian. She has worked for The Northern Rivers Echo, The Northern Star, The Canberra Times and AAP. During her career, Rudi has reported on a huge variety of topics, including sport, politics, crime, native title, the arts, working dog trials, local country shows, coal seam gas and deaths in custody. 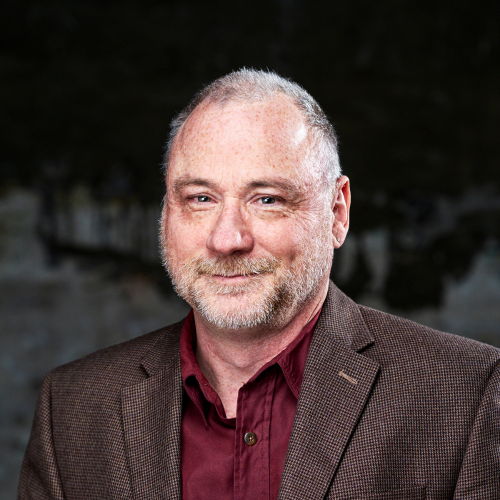 Editor, The Daily Yonder (US)

Tim Marema is a founding staff member of the Center for Rural Strategies and edits the organisation’s news platform, the Daily Yonder (www.dailyyonder.com). Tim manages a nationwide network of correspondents (both paid and volunteer) who report on rural people, places and issues. During the pandemic, Tim has led a team that produces weekly comprehensive reports on the status of Covid-19 in rural America. Tim grew up in rural Eastern Kentucky and started his journalism career at a weekly newspaper while a student at Berea (Kentucky) College. He served as editor of the daily Chapel Hill (North Carolina) Herald and as zoned-editions editor of the Durham Herald-Sun. He is an adviser to the Institute for Nonprofit News’ rural news initiative and 100 Days in Appalachia. Tim holds a master’s degree in journalism from the University of North Carolina. He is married, has two adult children, and lives in Norris, Tennessee, a town of 1,600 located in the Tennessee Valley between the Great Smoky Mountains and the Cumberland Plateau. 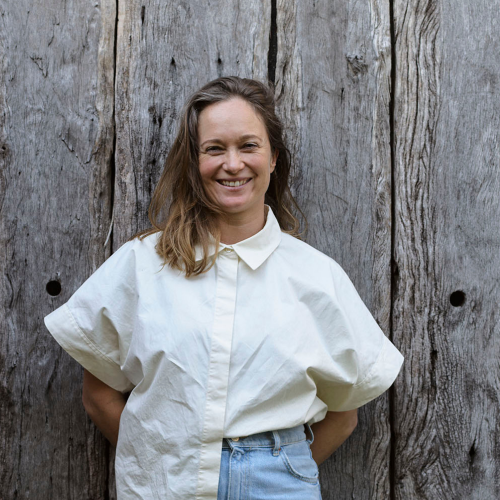 Galah Editor-in-Chief Annabelle Hickson didn’t plan to live in regional Australia, but she fell in love with a handsome farmer from western NSW so she thought she’d give it a shot. She knew there’d be some sacrifices – her journalism career at The Australian, the beach, and takeaway food that is still hot by the time you get home – but she had no idea how many opportunities there’d be in this new life too.
While her husband Ed planted pecan trees, Annabelle looked after their three young children, wrote a monthly column at Country Style Magazine and published a book, A Tree in the House (Hardie Grant), that has been translated into three languages and sold all over the world. She began to learn what it was to be part of a community, all in it together. Everywhere she looked she saw smart, clever, resilient people who talked about opportunities instead of limitations. This was in stark contrast to the “simple country people” stereotypes she had bought into in the city.
Twelve years after moving west, as the terrible drought of 2019-2020 eased, Hickson was craving to read stories that weren’t about disadvantage. Lack of water, lack of jobs and lack in general were all real, but they were not the only narrative from regional Australia. She wanted stories that reflected her own sense of luck at being able to live out of the city, stories about beauty and freedom and opportunities. She also wanted a publication that assumed people in regional Australia were a smart and increasingly diverse lot, who cared about community and creativity and the environment as well as about profitability. And she wanted a publication that would bridge the city and country divide. So she made Galah. 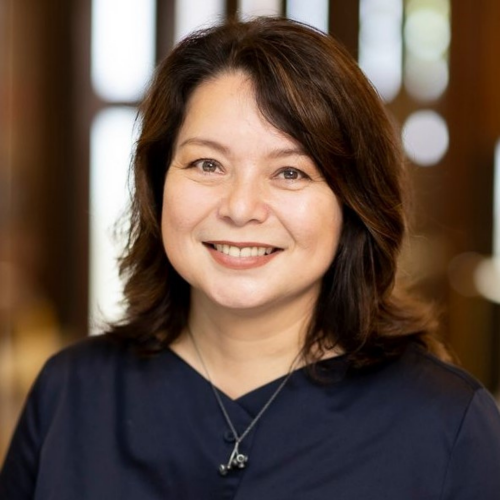 Andrea Ho is the Director of Education for the Judith Neilson Institute for Journalism and Ideas. She is a media professional and an experienced leader, broadcaster and content maker. Ho started her distinguished broadcasting career in community radio in Melbourne, and moved into journalism at the ABC in regional NSW. She went on to lead ABC broadcast teams in Hobart and Canberra, and then take on executive leadership as Head of Planning, ABC Regional and Local. During that time she designed and introduced a system to track diversity in media content at the ABC, after completing a Churchill Fellowship investigating practical strategies for increasing cultural diversity in broadcast media. She oversaw the ABC’s emergency broadcasting during the unprecedented 2019-2020 bushfires, and led the COVID-19 operational response for ABC Regional and Local in 2020.Ho has been a Walkley Awards category judge. She continues to have a deep interest in media that serves local communities.

See all the confirmed speakers here.

Thanks to our partners for making this event possible: