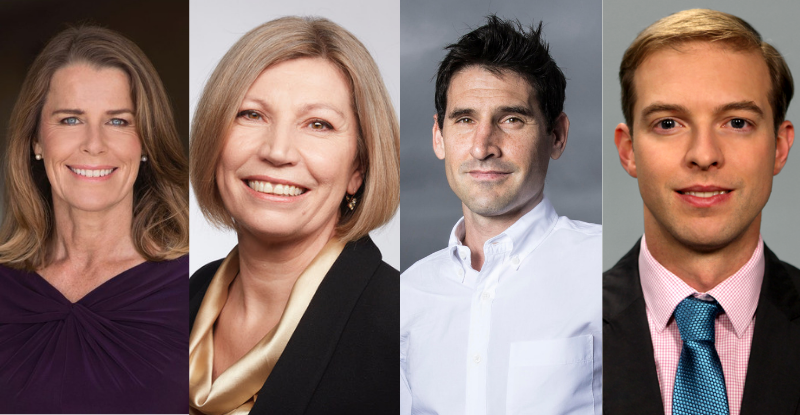 Business journalism might take on the top end of town—big corporations, big banks, big-time economic policy—but it can affect change for people at all levels of society. From wiping out foreign ATM fees to protecting mum and dad investors, the best business reporting makes life better for all Australians. Join us for a conversation with some of Australia’s leading media voices on business and finance as they talk about the sector, the fallout from the royal commission into banking, and the role journalists played in all of it.

To reserve a place, head over to Eventbrite.

Ticky Fullerton is business editor at Sky News, leading the channel’s business coverage and contributing expert insights and analysis across Sky News programs. Ticky is also co-anchor of Business Weekend, providing viewers with comprehensive business and finance news every Sunday. Previously Ticky presented ABC’s The Business, Business PM and Landline. In twenty years with the ABC, she spent five as an investigative reporter with Four Corners where she won a Eureka Prize. Prior to journalism, Ticky was an associate director with investment bank Credit Suisse First Boston for ten years in London and then Sydney.

Narelle Hooper is grew up in country NSW and was the first in her family to go to university. During more than 25 years as a business journalist and editor she has worked for Australia’s leading media groups including the ABC, Fairfax Media and SBS TV and is currently editor-in-chief of the award-winning Company Director magazine, published by the Australian Institute of Company Directors. Among previous roles, she was editor of the Australian Financial Review’s BOSS Magazine, founding co-chair of the Financial Review’s Women of Influence Awards, a director of the women’s global entrepreneurship accelerator SBE Australia, and co-author of New Women New Men New Economy.

Jonathan Shapiro is a senior journalist for The Australian Financial Review in Sydney, where he has covered financial markets, the economy and investments since 2009. He won the Walkley Award for Business Journalism in 2018. In 2016 he was joint winner of the Citi Journalism Award for Excellence.

Michael Janda has worked at the ABC for almost eight years across online, radio and television news and current affairs. He started out as the national broadcaster’s inaugural business and finance cadet in 2008 which, in a stroke of luck, was probably the best year to cover economics and the markets since 1929. For most of his time at the ABC, Michael has been responsible for editing the business news page, as well as writing much of its content. However, he is also a regular contributor to The Drum, and has worked as a reporter and producer for The Business and as a business and economics reporter for PM, The World Today and AM.