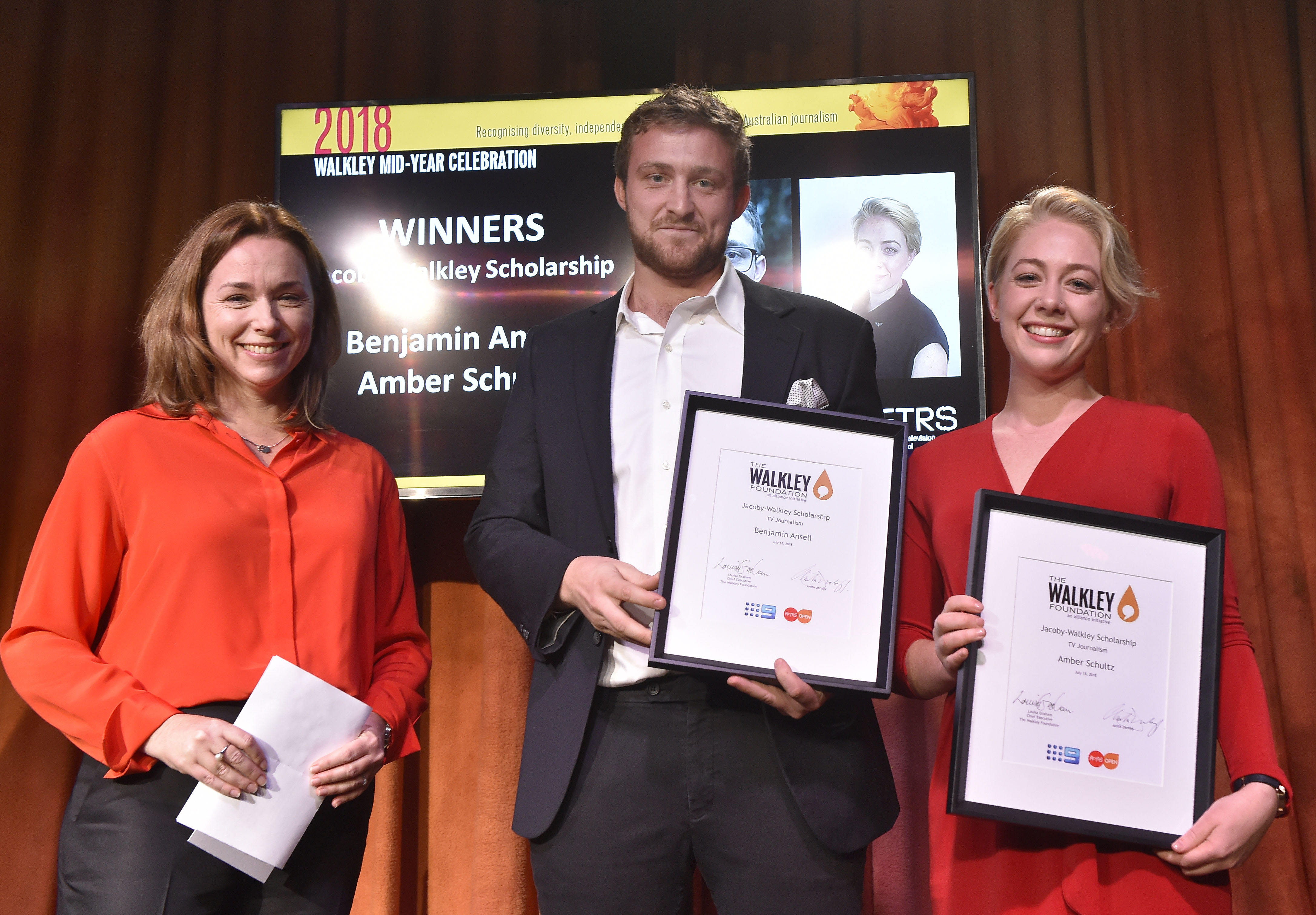 A foot in the door for young journos: Jacoby-Walkley Scholarship opens for 2019

The Walkley Foundation and Nine News are calling for bright final-year university students and recent graduates aged 26 or under to apply for a 14-week scholarship with stipend. Now in its seventh year, the Jacoby-Walkley Scholarship is targeted at young storytellers with a passion for broadcast journalism and dreams of carving out a career in the industry.

Learning from top journalists, the successful applicant will spend time at Nine News Television newsrooms in Sydney, including at 60 Minutes, Nine News, A Current Affair, Today and 9news.com.au.

Established in 2013 by award-winning producer Anita Jacoby, the scholarship recognises the legacy of her father, Phillip Jacoby, a pioneer in the Australian electronics and broadcast industries.

“I’m delighted to see how the Jacoby-Walkley Scholarship has gone from strength to strength since it was established in 2013,” said Ms Jacoby. “At least 12 finalists now have full-time jobs and are on their way to forging successful careers in the broadcast industry.”

Walkley Foundation chief executive Louisa Graham, who also serves on the board of Media Diversity Australia, said she was hoping to see a diverse range of applicants.

“Providing paid opportunities to learn within the industry, make contacts and build skills in a newsroom environment is one great way to make sure young people from a wide range of backgrounds have a chance to make it onto our screens,” Ms Graham said.

Nine’s Director of Partnerships and Strategy – News & Current Affairs, Alexander Needs, said: “Nine News is excited to again partner with Anita Jacoby and the Walkley Foundation on this  scholarship.The future of journalism is one we are all committed to, and giving the next generation their start in the industry is something we’re very passionate about.”

The successful applicant receives a stipend for the 14 weeks of the scholarship, during which they will receive:

Where are they now? Past Jacoby-Walkley Scholarship winners:

As well as previous winners securing positions in their chosen field of journalism, a number of shortlisted applicants have also been offered invaluable opportunities throughout the industry including roles at A Current Affair (Nine), Nine News (Sydney/Gold Coast) and Insight (SBS).

Further details and how to enter

The Jacoby-Walkley Scholarship is proudly supported by: