All Media: Coverage of a Major News Event or Issue

All Media: Coverage of a Major News Event of Issue

Australia’s bushfires were so fierce, they captured the world’s attention. It was to the ABC that Australians turned for life-saving information and the stories of those affected.

From the very beginning, the ABC had reporters across every fire zone, sharing stories on TV, radio and digital media. By the time the season reached its peak, in the week of New Year’s Eve, the ABC had established its reputation as the most reliable source of news and information.

The ABC’s commitment continued well after the fires were out: ABC News formed a Bushfire Recovery team which visited every affected fire region and the “Road to Recovery” series followed communities during the immediate aftermath of the blazes.

ABC News provides Australians with comprehensive coverage on radio, digital and television, from reporters in their local neighbourhood and around the world. ABC Regional and Local teams connect local communities across the country through news, storytelling, events and conversations on the issues that matter to them.

“The breadth and depth of the ABC’s exceptional multi-platform coverage showed the strength of the national broadcaster during a crisis. Comprehensive, reliable and at times life-saving, it was a brilliant job well done.“ 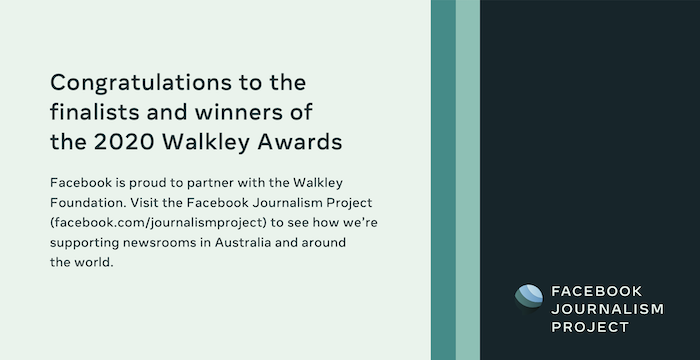