“Black Summer” is an innovation in storytelling and production, being created almost entirely from User Generated Content that was pieced together from online sources including Facebook, Twitter, Instagram and Youtube. From idea to storyboard to publication, it took Four Corners a week and three days to create something from nothing.

Millions had watched the videos from the frontlines that emerged on social media, but “Black Summer” tells the stories of what happened afterwards, including never-before-heard insights shared by the survivors, many of whom were speaking for the first time. The team set out to find the people behind the social media footage. This posed a massive logistical challenge – team members needed to travel thousands of kilometres across Australia to reach people located in five states as the fires continued to rage.

From small towns to big cities, many survivors were still reeling from the impact of these fires but were willing to share their stories. Without the intrusion of a reporter, the result is a story told by the people who lived it. The film made a complex experience accessible and interactive for a broad audience.

The team also produced a bespoke digital feature. The online story included custom-made design and specifically developed technical elements including auto play video with sound and scrolling automated audio mixing. Within 12 hours the package had 850,000 views, making it the most-read story in Australia. It was one of the website’s most highly subscribed multimedia packages, accessed by large online audiences from as far afield as the Middle East.

“With ‘Black Summer’, the Four Corners team powerfully integrated user-generated footage with interviews from those at the frontline to create a succinct but sweeping overview of the bushfire disaster. A first-class production.“ 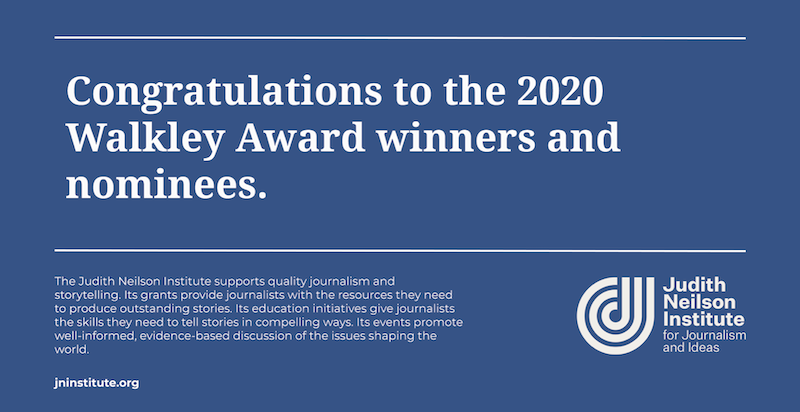