“Slippery Eels: The inside story on now Parramatta unravelled”

Adrian Proszenko put well-known faces to a complex story, the biggest sports scandal of the year and one that saw officials deregistered, the Parramatta Leagues Club board sacked and the club punished with a $750,000 fine and the loss of competition points.

Colourful details and linking high profile players to the club’s woes set Proszenko’s reporting apart. He revealed the investigation into a third-party deal with star recruit Anthony Watmough which would breach salary cap rules, and allegations that Corey Norman received cash payments in a carpark.

Adrian Proszenko is the chief rugby league reporter at The Sydney Morning Herald and has been a Fairfax journalist for more than 10 years. Proszenko has covered a range of sports throughout his career, but is best known for his news items, features and columns on the NRL. The senior sports journalist has broken some of the game’s biggest stories, ranging from off-field scandals to coach sackings and player transfers. His exposé on the Melbourne Storm’s salary cap rorting — which resulted in the club being stripped of two premierships — earned him a Walkley in 2010. 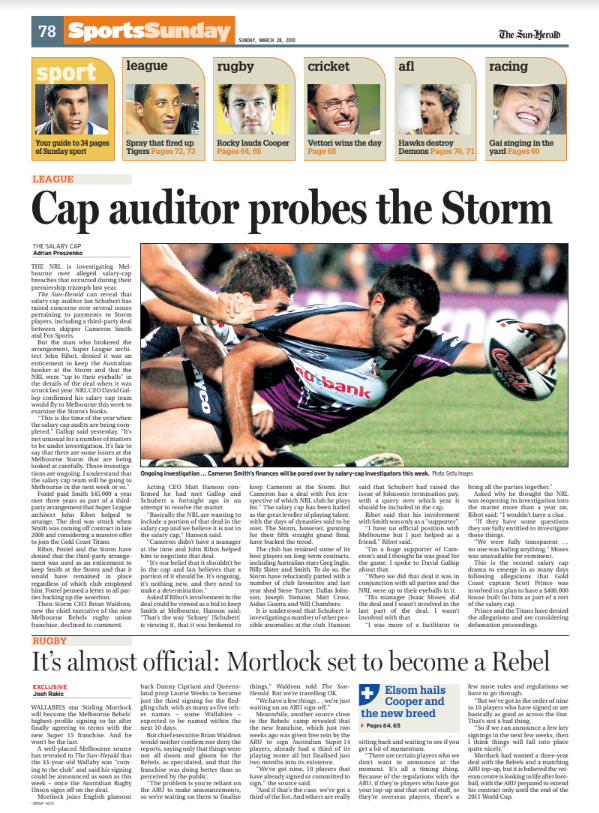 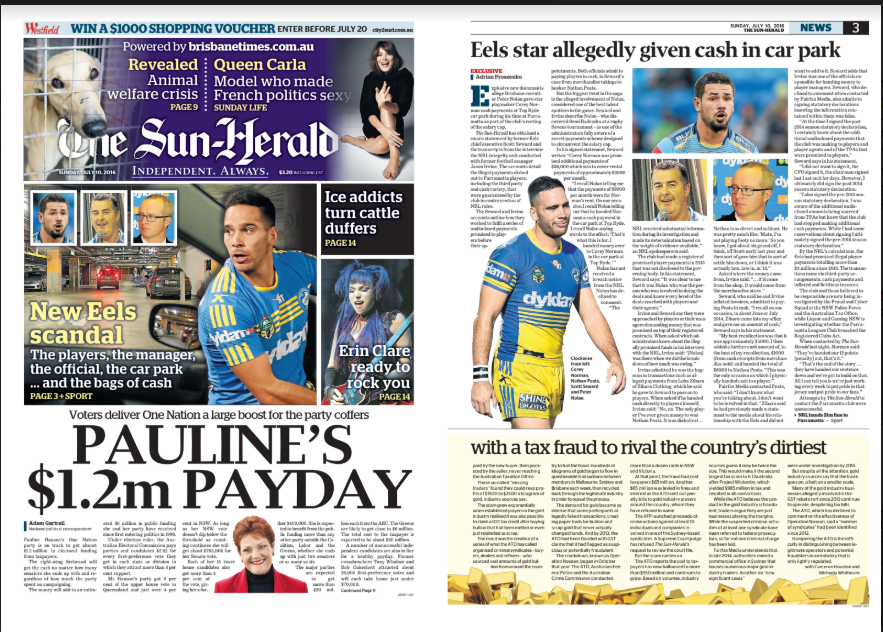 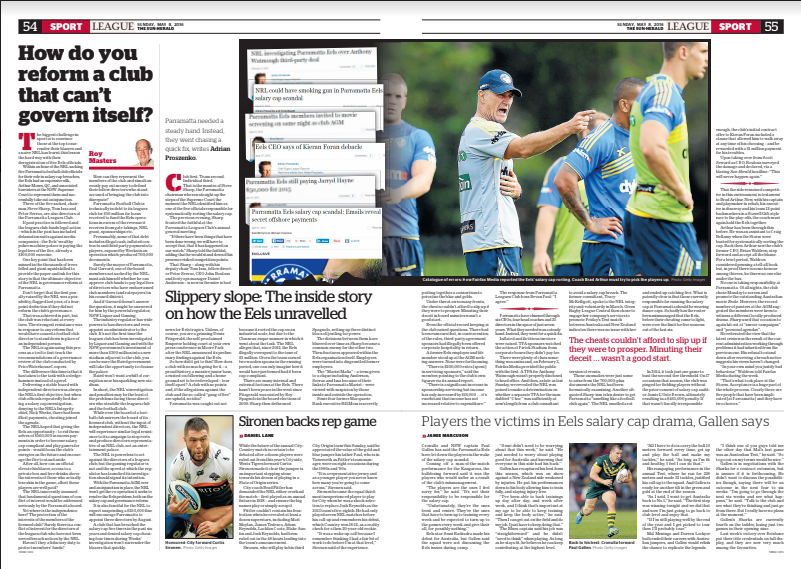 Adrian Proszenko’s series of articles on the Eels salary cap crisis put faces to a complex story. They weren’t just any faces either, they were two of Parramatta’s biggest stars. He revealed dodgy cash deals in carparks and the true extent of the club’s deceit. By doing this so succinctly, the stories changed the course of the NRL’s own investigation.