“Census Night in the Senate”

A federal election can be a smorgasbord for cartoonists, and Mark Knight is one of the best at sandwiching issues into gags. Working within punishing daily deadlines, he has a knack for likeness, composition and colour, whether tackling Christopher Pyne demanding a sub with all the trimmings, the Senate’s strange bedfellows, or a nation’s Reg Grundies at half mast. 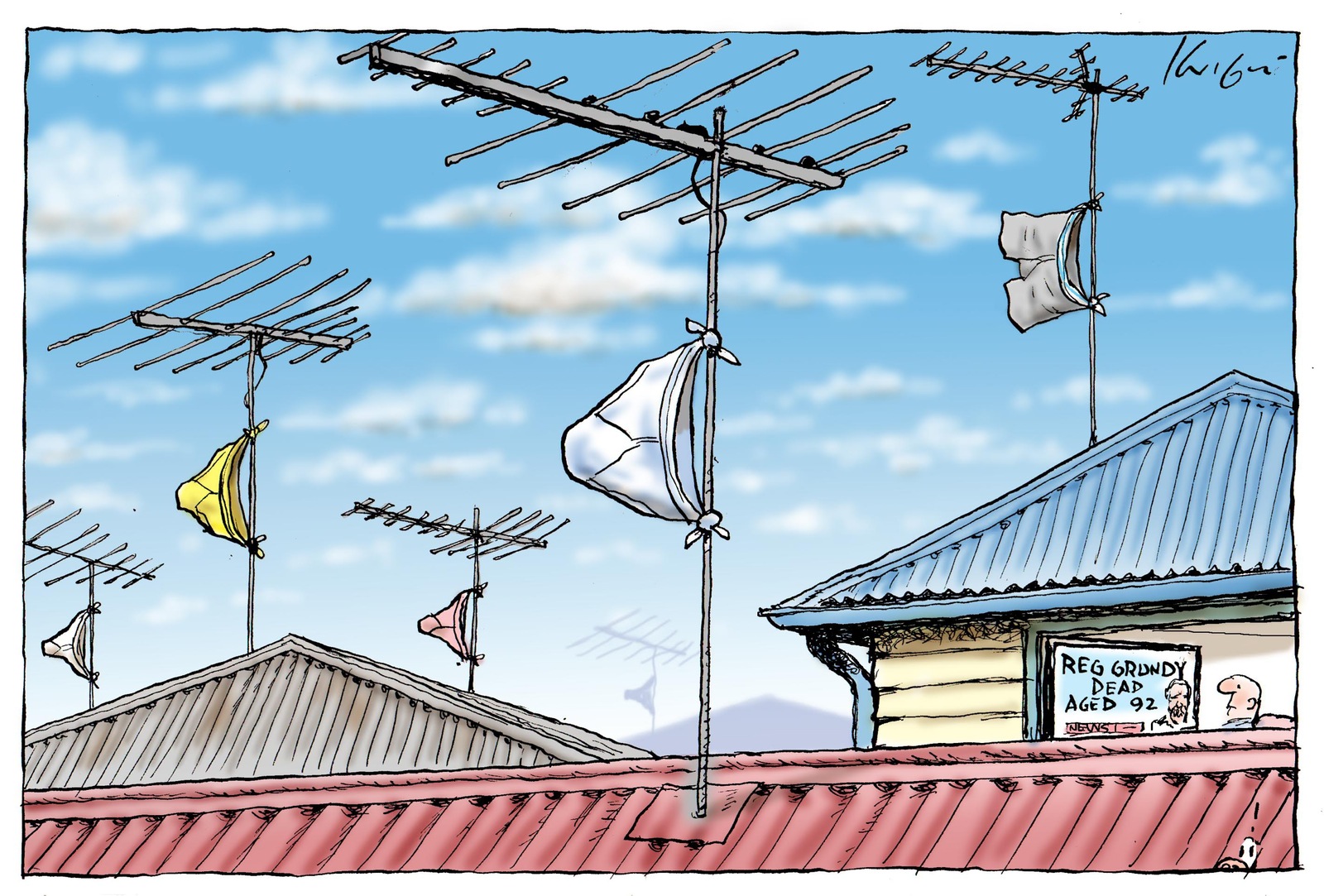 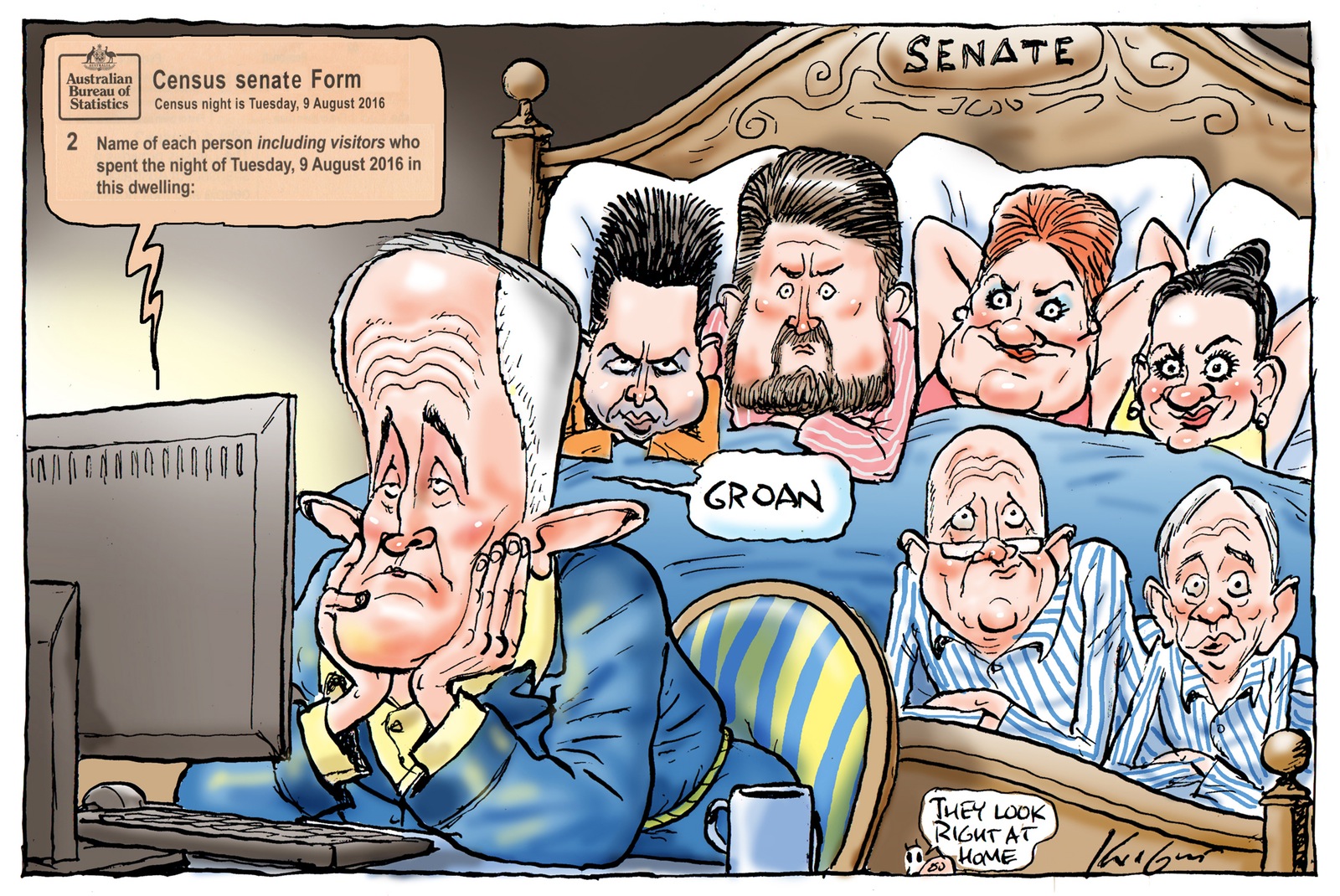 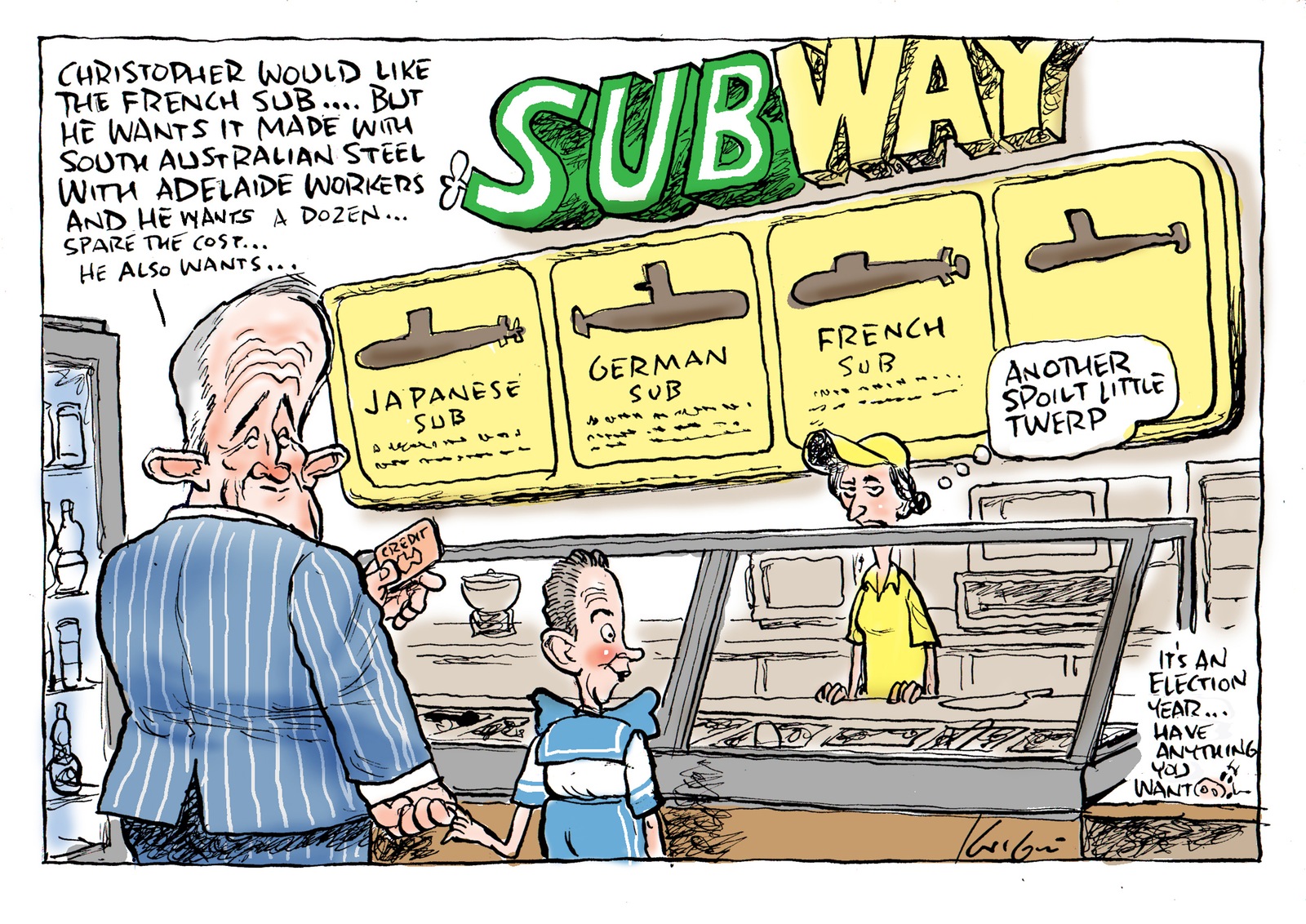 In a perfect blend of wry humour and wit, this is laugh-out-loud humour that says it all. Knight has a nice cheekiness, which should be a staple of all cartoonists’ work, and strong drawing, composition and colour work. He captures a great likeness, and it’s all timely and done within punishing daily deadlines.