The Sydney Morning Herald and The Age

On June 14, Grenfell Tower, a 24-storey public housing tower block in North Kensington, London, caught fire. At least 80 people were killed and 70 injured, although the full toll may still rise. After the tragedy, as evidence emerged of a poorly maintained building clad in flammable material, and of many other low-cost housing buildings in similar condition, Cathy Wilcox was struck by the lower standard of safety for the less fortunate. Her cartoon is monochrome but for some warning spots of red, executed with devastating elegance and brilliant simplicity. The image recalls Brett Whiteley’s “Almost Once” sculpture, as Wilcox mourns the tragedy of the Grenfell Tower fire and questions the class divide that allowed it to happen. Striking, deceptively simple and chilling.

Wilcox is an Australian cartoonist who lives and works in Sydney. She studied at Sydney College of the Arts then lived in Paris, illustrating English language publications, from 1985-87. Wilcox began drawing regularly for The Sydney Morning Herald in 1989. She has illustrated numerous picture books, theatre productions and done a TEDx talk. She is a member of Cartooning For Peace and continues to draw cartoons for Fairfax Media. Wilcox is a keen observer of society and politics, and has won many awards for her work, including Political Cartoonist of the Year 2016 and now three Walkley Awards; she also won this category in 2007 and 2013. 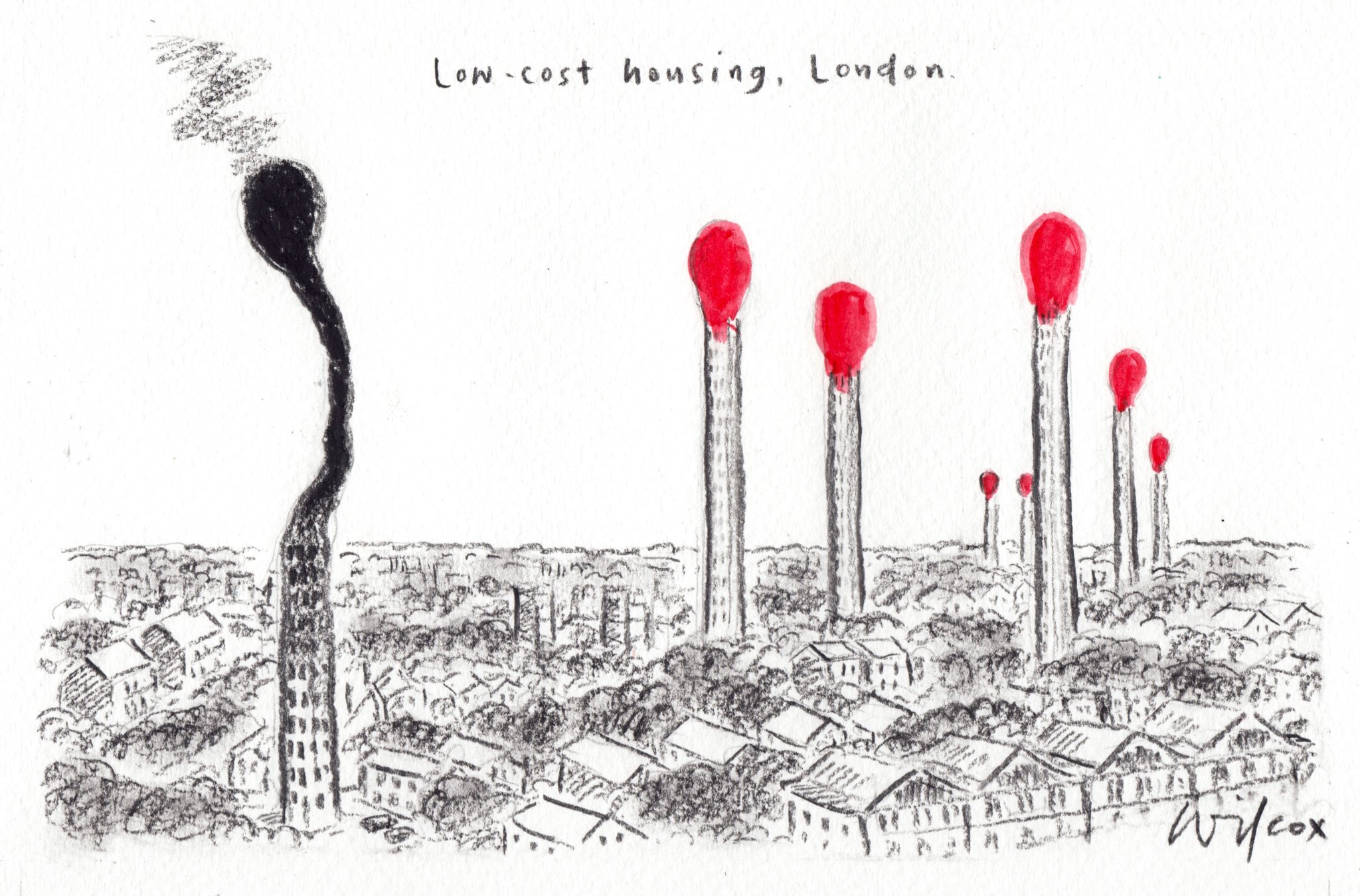 Cathy Wilcox has managed a beautifully elegant and graphic solution to illustrate the horrific fire in the Grenfell Tower. Her image has perfect simplicity with minimal content and dramatic use of a single colour, adding a chilling portent of potential future horror. She’s managed to layer several dramatic statements within the context of a single cartoon.