When Christopher Pyne sat down with David Speers to talk about policy changes in his education portfolio, the minister could not have anticipated he would emerge with a new nickname. Apart from launching a thousand viral spoofs, the interview effectively showcased the petty thinking that stymied the government’s attempts to negotiate its higher education package through the Senate.

David Speers is political editor at Sky News and anchor of PM Agenda and The Nationon Sky News Live. As one of Australia’s most respected political journalists and interviewers, Speers has been chosen by both sides of politics to anchor every Leaders Debate and Forum at the last three federal elections. Speers has also covered the last three US presidential election campaigns from Washington, D.C. and interviewed many world leaders, including Tony Blair and George W. Bush. He is the president of the Parliamentary Press Gallery and director of the National Press Club. This is his second Walkley Award. 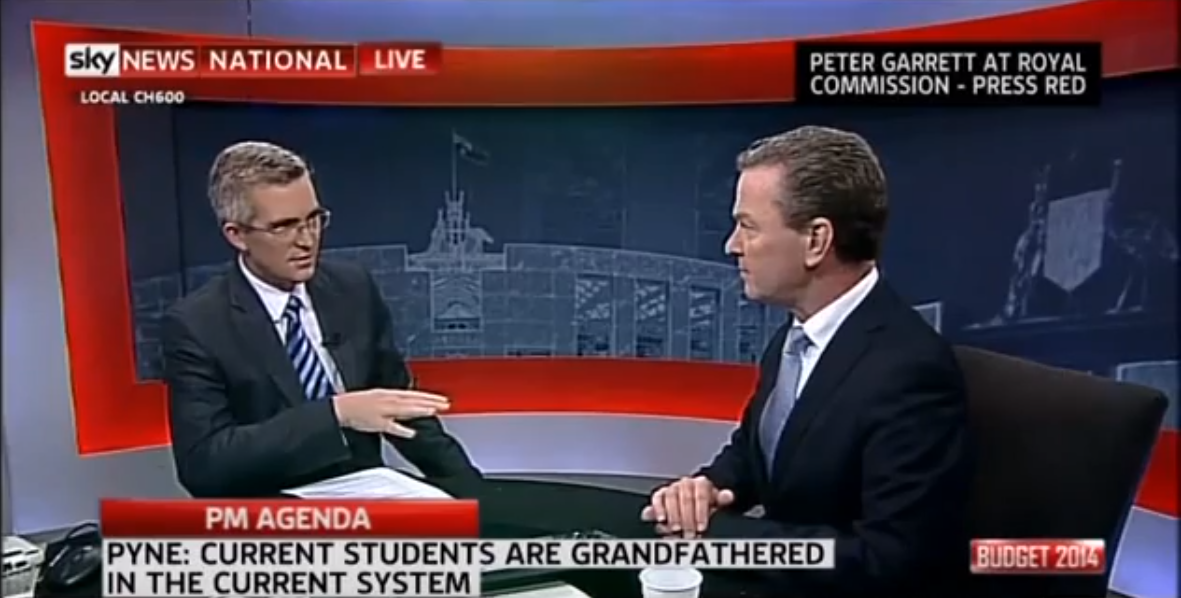 Christopher Pyne did everything he could to shut down David Speers during this interview over the federal government’s backdown on a key plank of its higher education reforms. Pyne’s responses became farcical at times but Speers wasn’t diverted, further exposing Pyne’s hopeless position with every follow-up question. Good-natured but clinical, persistent but polite, Speers left Pyne with nowhere to hide. Thinking on his feet, a traditional broadcast skill that’s a rarity today, Speers pursued a relentless line of questioning. He never gets angry. Even as Pyne tries to intimidate him, Speers just keeps asking questions.