“Anatomy of a suicide bombing”

“Anatomy of a suicide bombing”

“Anatomy of a suicide bombing” mixed written, audio and video content in a way never seen before. Working with helmet-camera video by a US national guardsman, Dylan Welch, Alex Palmer, Clare Blumer and Suzanne Dredge created a compelling first-person experience of a suicide bomb attack by a child on an Australian official and his US bodyguards in Afghanistan. The impact of the finished piece was twofold – revealing the dirty underbelly of an often censored war, and doing it in an innovative and immersive manner.

Dylan Welch is a reporter for ABC Investigations. He has been a reporter for ABC 7.30, an Afghanistan correspondent for Reuters and a national security and crime reporter for The Sydney Morning Herald and The Age. In 2019, Welch and colleagues were awarded a Walkley Award for a Four Corners episode, “Orphans of ISIS”, about an Australian grandmother trying to rescue her family from Islamic State in Syria.

Alex Palmer is a designer, visual journalist and illustrator for the Digital Story Innovations team at ABC News. Since joining the ABC in 2016, Palmer has won several international data and design awards. In 2019, he was part of the ABC News team who won the Walkley Innovation Award.

Clare Blumer is a digital journalist with ABC Investigations, specialising in crowdsourcing. She worked at The Global Mail then joined the ABC, where she has won Quill and Kennedy awards. Her work at The Global Mail received a commendation in the 2012 Walkleys.

Suzanne Dredge, a Wiradjuri woman, is a multi-platform producer with the ABC’s Investigations unit. At Koori Radio in Sydney, Dredge produced and presented the station’s flagship program, Black Chat. In the Middle East, she reported on the end of Islamic State. In 2019, she produced the Walkley-winning “Orphans of ISIS”.

“‘Anatomy of a suicide bombing’ was innovative to its core. Expertly using novel techniques, it made gripping material even more riveting. The interactivity gave the reader control over the pace of the storytelling, while maintaining the humanity of those involved.“ 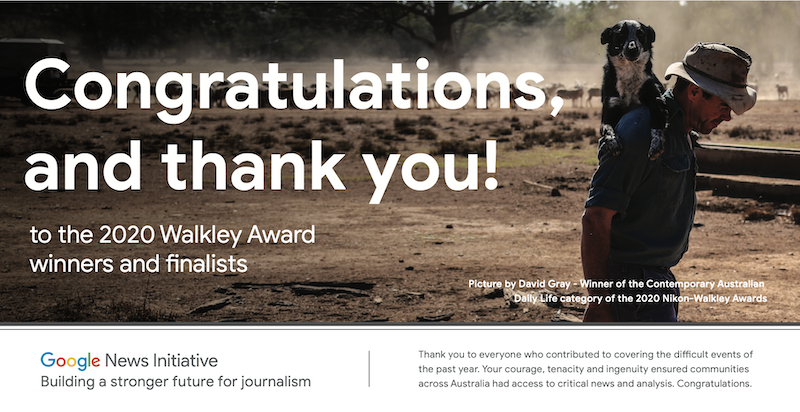