“Give Rape Survivors a Voice”

news.com.au, The Herald Sun, NT News and The Mercury

The #LetUsSpeak campaign ran across four mastheads, highlighting the devastating effects of paternalistic gag laws on victims of rape and sexual assault. These archaic and oppressive laws prohibit sexual assault survivors from identifying themselves in the media.

The work of Nina Funnell, Kerry Warren and Lori Youmshajekian has led directly to gag-law reform in Tasmania and the Northern Territory, while the Victorian Attorney-General has committed to reforming Victoria’s gag law by the end of 2020. Funnell worked tirelessly to coordinate the reporting of 10 major survivor case studies, exposing the harmful effects of the victim gag laws, while pursuing the central goal of changing laws to restore voice to those denied it.

Nina Funnell is a freelance journalist, author and creator of the #LetHerSpeak and #LetUsSpeak campaigns. She has received two Walkley Foundation grants and a Judith Neilson Institute grant. She was awarded Our Watch Awards in 2017 and 2020, and a UN Media Australia Award in 2017. In 2019, she was named Journalist of the Year at the B&T Women in Media awards.

Kerry Warren is news.com.au’s afternoon news editor. She began her career at The Sydney Morning Herald before moving to London, She returned in 2011 as digital managing editor of The Australian Women’s Weekly and joined news.com.au in 2019.

Lori Youmshajekian is a video producer within News Corp Australia’s national video team. She specialises in taking complex topics and presenting them in compelling and relatable ways through video. Her work in the campaigns put survivors in front of the camera to tell their stories in their own words.

“The investigative work of Nina Funnell and the Let Her Speak team held state governments to account and drove legislative change. Their work included compelling case studies that showcased the ongoing trauma caused by silencing victims through the use of the law.“ 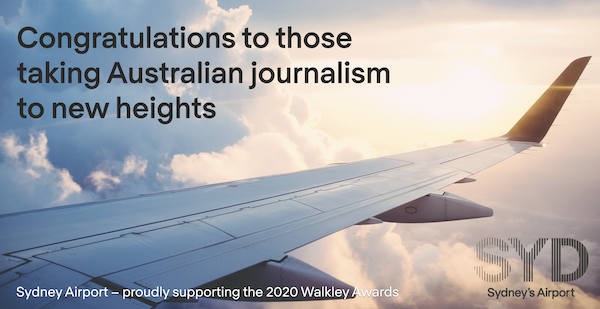