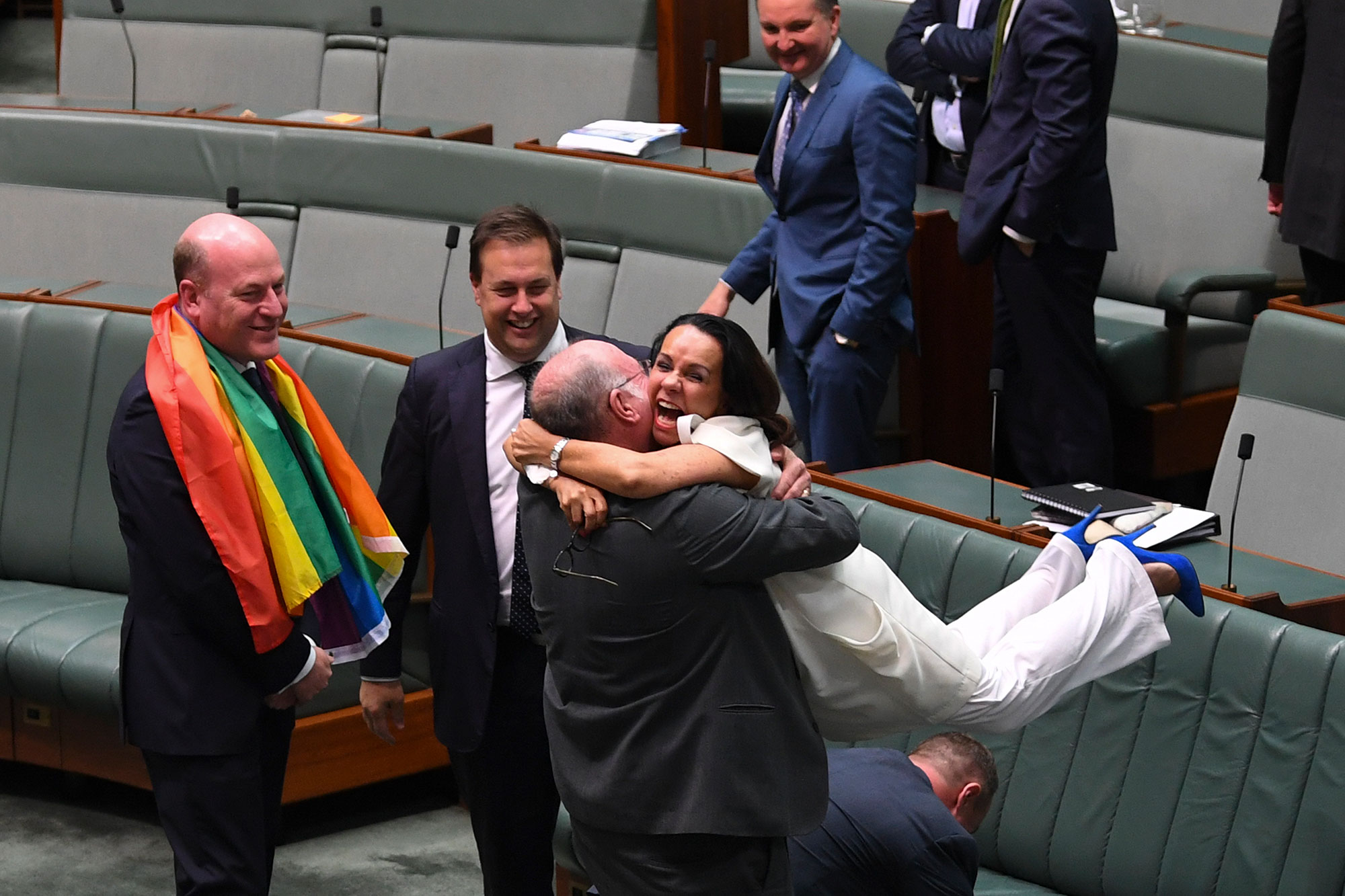 Lukas Coch has been named the winner of the 2018 Nikon-Walkley Photo of the Year Prize for “Linda Burney Airborne”. It’s a news image rich in emotion and deeper significance, as described by photographer Lukas Coch: “For Burney it was a bittersweet moment—her son, who was gay, had died just six weeks before. For all of those who campaigned so hard for so many years, it was both a happy day and a day far too long in coming.”

You can view the finalists’ hero images in The Walkley Magazine online here.

Winners will be announced 22 November at the 63rd Annual Walkley Awards for Excellence in Journalism.

NIKON-WALKLEY PHOTO OF THE YEAR PRIZE

The finalists’ photographs will be toured around the nation in a series of free public exhibitions and is currently on display at the State Library of NSW and opening the ABC in Brisbane on Thursday 18 October.

The Walkleys thank Nikon for its support of the photography awards and prizes. And thanks to the judges:

To view more information on the finalists, visit The Walkley Magazine on Medium. Click here to view all finalist photos on Apple News.

Three outstanding documentaries have been shortlisted for the Walkley Documentary Award.

All three films will be screened free for the public at the State Library of NSW on Tuesday 16 October. RSVPs are essential.

Thanks to the Documentary Award judges:

The awards will be broadcast live on the Sky News Extra Foxtel channel 604, from 8pm AEDT and live-streamed on walkleys.com.