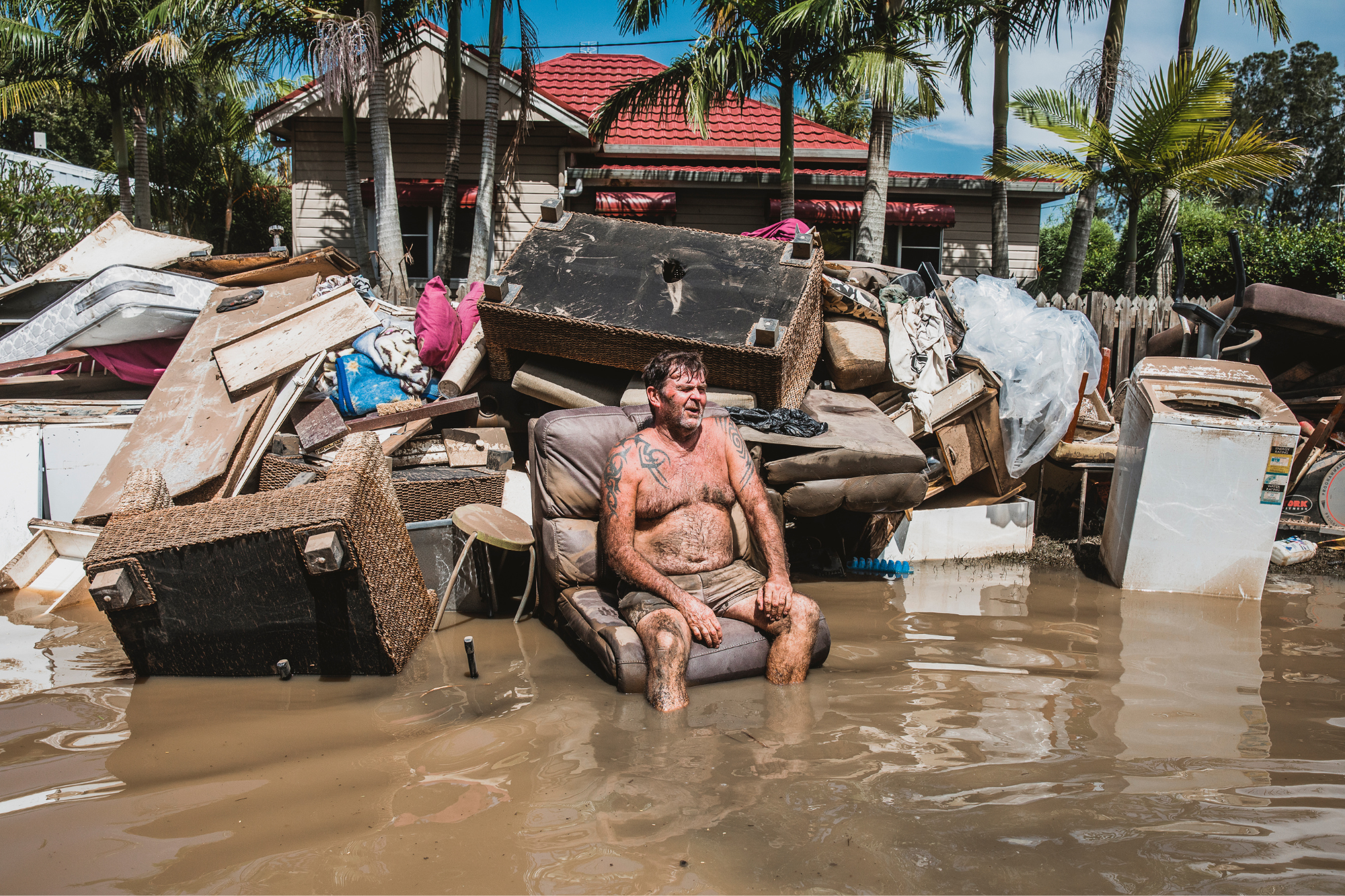 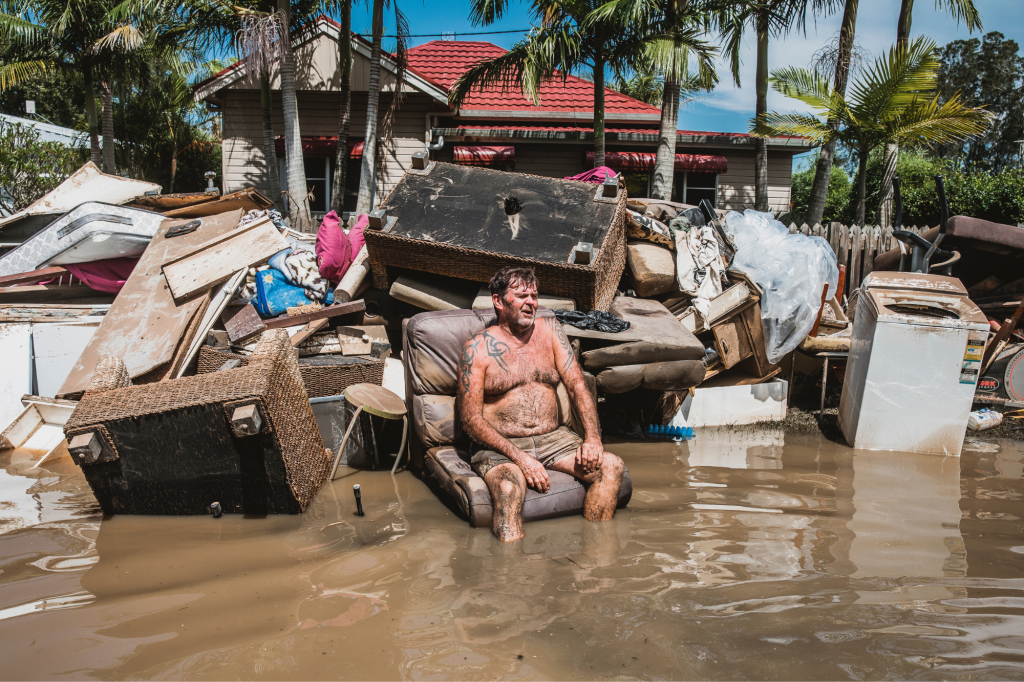 Peter takes a moment’s rest from moving his ruined belongings outside his flooded Wardell home.

Natalie Grono has been named the winner of the 2022 Nikon Photo of the Year Prize for “Peter Takes A Moment”.

The floods in NSW’s Northern Rivers were one of the biggest stories in Australia in the past year, and the judges thought Natalie Grono’s image captured the story, and our nation, in a standout way.

“Peter is a quintessential Aussie – exhausted and covered in mud, yet stoic and somehow hopeful, he pauses before tackling the mammoth task of resurrecting his life. Natalie Grono encapsulates the aftermath of the floods with the contradiction of palm trees against sunny skies while Peter is still knee-deep in water.” 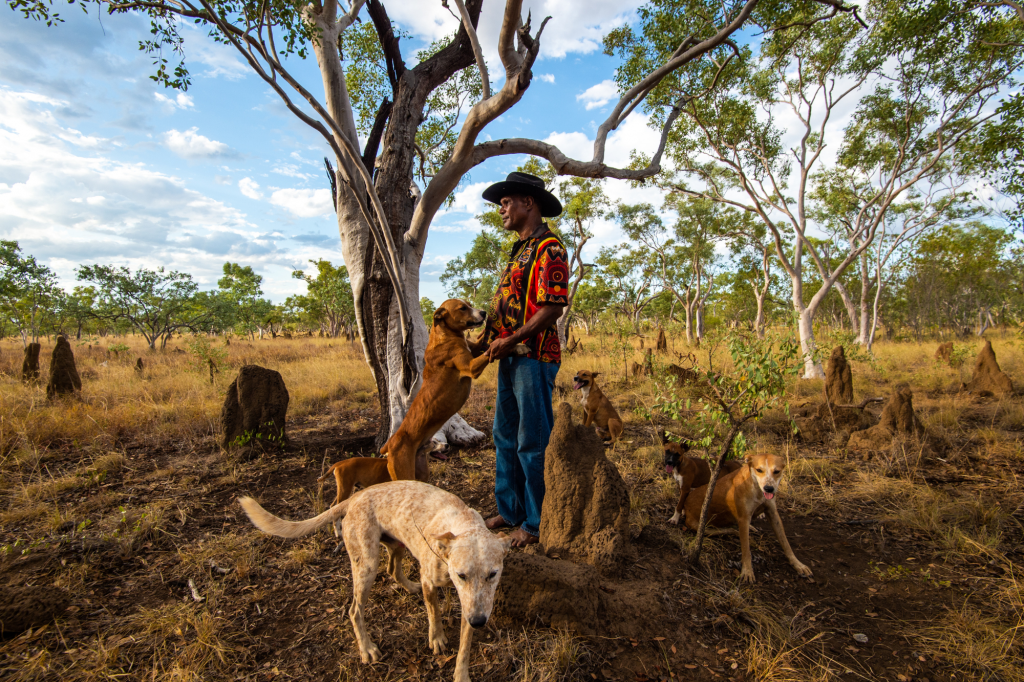 Chairman of Nurrdalinji Aboriginal Corporation, Kuranjini man, Johnny Wilson on Country with his dogs. Johnny, along with other Traditional Owners, is fighting to stop fracking on their Country in the Beetaloo Basin, Northern Territory.

The judges commended Justin McManus’ commitment to the story of Indigenous communities and Traditional Owners from the Beetaloo Basin in the Northern Territory battling fracking for natural gas by large energy companies on their traditional lands.

“One man at home in a landscape under threat tells a story that could go unnoticed if it were not for Justin McManus’s dedication. That’s a portrait of Australia right there.”

The Walkley Awards for Excellence in Photojournalism

All finalists detailed below were announced today alongside all the finalists in the 67th Walkley Awards.

The Walkley Awards for Excellence in Photojournalism recognise the work of photographers across a range of genres, from news and sport to portraiture and photographic essays. This exhibition lets us reflect on the year in news, through the individual worldviews and skilled lenses of Australia’s best photographers.

You’ll be able to see the two prize-winners – and all finalists in the Walkley Awards for Excellence in Photojournalism – with the Nikon-Walkley Press Photography Exhibition hanging in the Fountain Court of NSW Parliament House, from November 1 until December 16.

Judges for this first round are selected by the Walkley Judging Board. You can find information about the Walkley Awards judging process here and the Terms and Conditions of the Awards here.

All Walkley Award winners will be announced at a gala dinner in Sydney on Thursday November 17.

The winners of the Nikon Photography Prizes are announced below, along with the list of photographic category finalists for all the Walkley Awards. 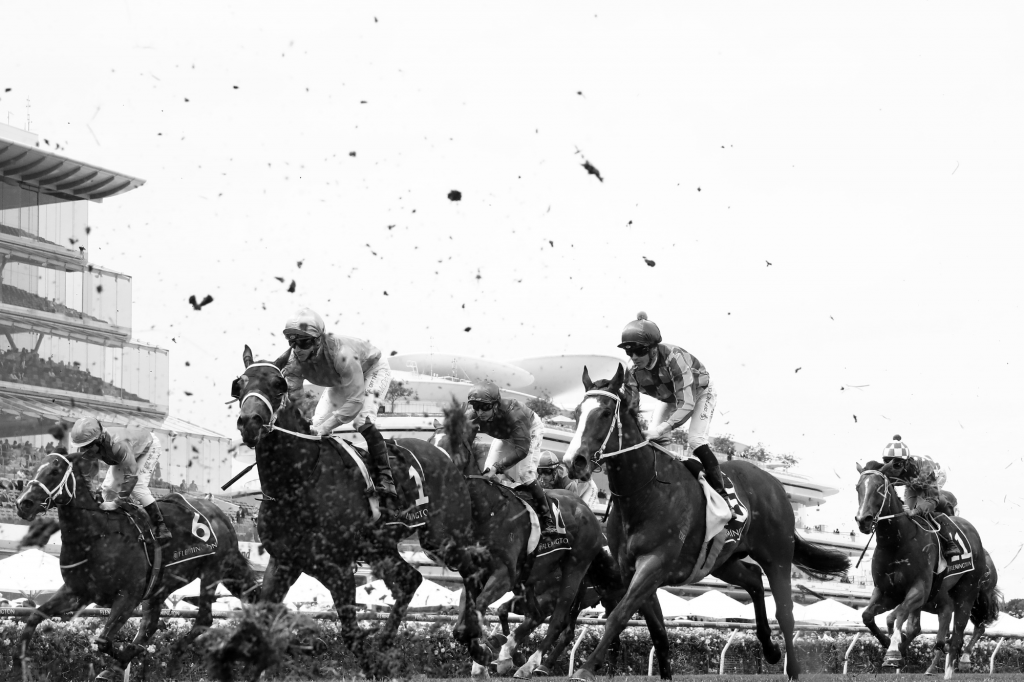 The Finish Line: A general view during Race 4, the Amanda Elliott Handicap, at the 2021 Paramount+ Stakes Day at Flemington Racecourse. November 6, 2021. 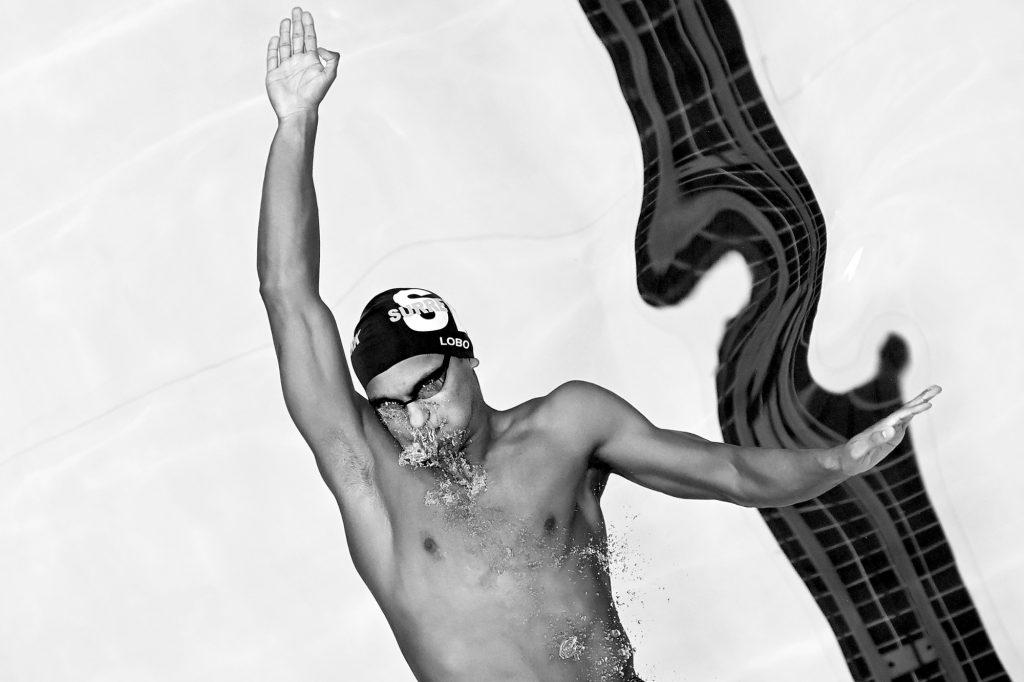 Midfield Traffic: Tom Papley of the Swans kicks during the round 20 AFL match between the Sydney Swans and the Greater Western Sydney Giants at Sydney Cricket Ground. July 30, 2022. 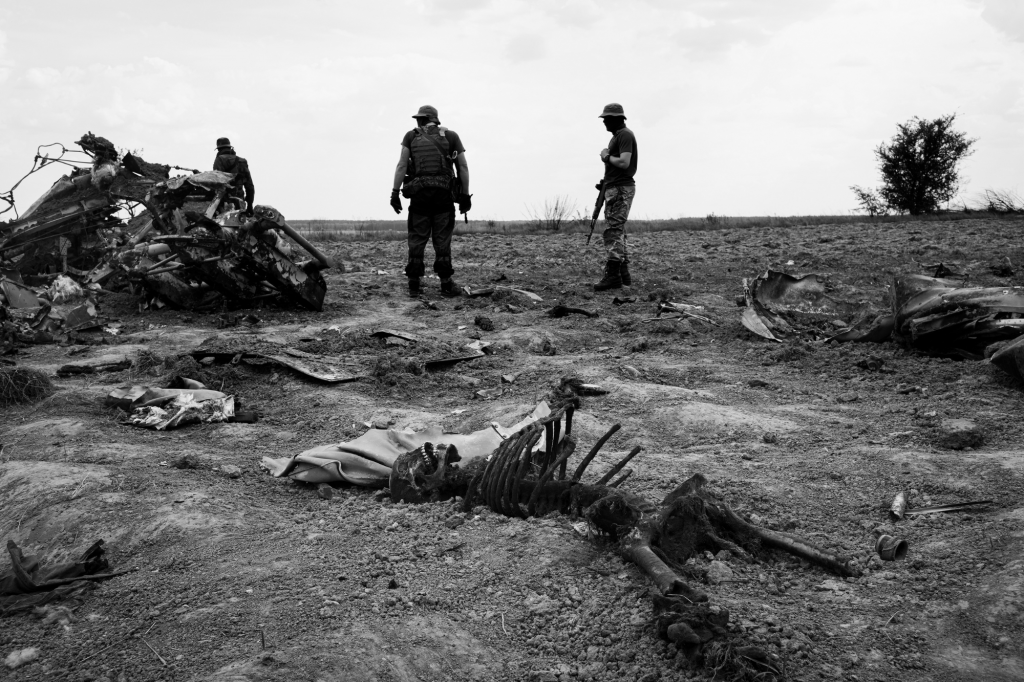 The Dead Left Behind: This Russian helicopter was shot down on March 4, 2022. It was one of four helicopters heading to Makariv. The local regiment says it was shot down by a man-portable air-defence system, or “Igla”, by Ukrainian soldiers. The helicopter crashed into a field at the edge of the Makariv town in between the Russian and Ukrainian positions. Here, following liberation by the Ukrainian forces, three soldiers scour the wreckage where five bodies of the Russian crew are scattered around the crash site. It is unclear why the bodies were left there to rot.

Peter takes a moment’s rest from moving his ruined belongings outside his flooded Wardell home. 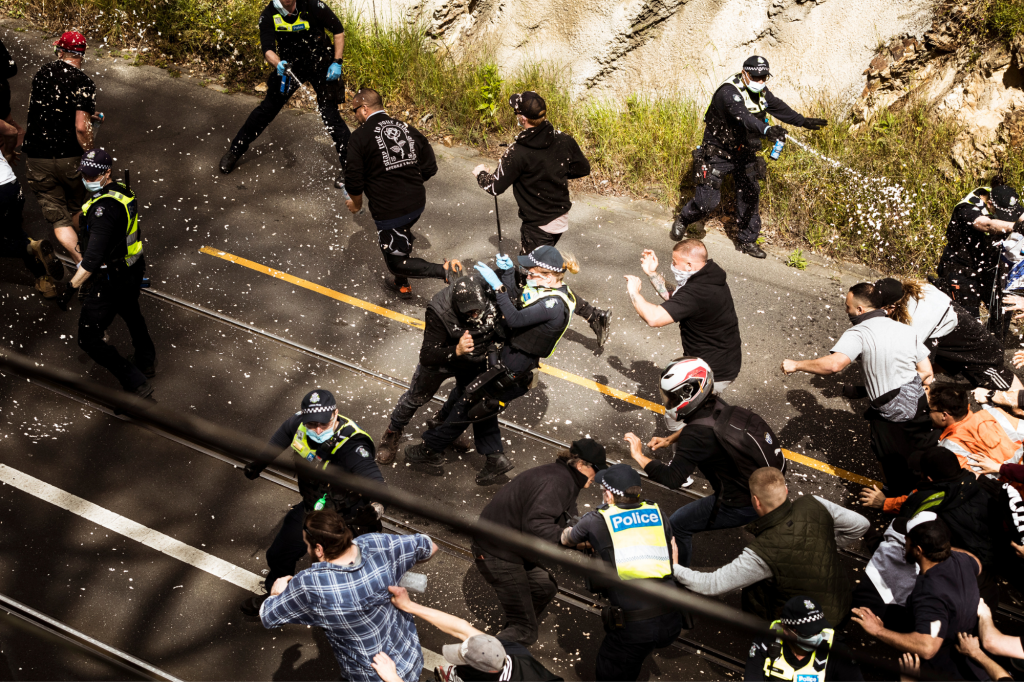 A member of Victoria Police is knocked to the ground as anti-lockdown and anti-vaccination protesters break the police line. The officer would be trampled and hospitalised.

During a five-day bush walk across several clan estates in the early season, a family follows a fire lit by other members of the clan to help guide them on their journey and to clear the land to prevent destructive fires. 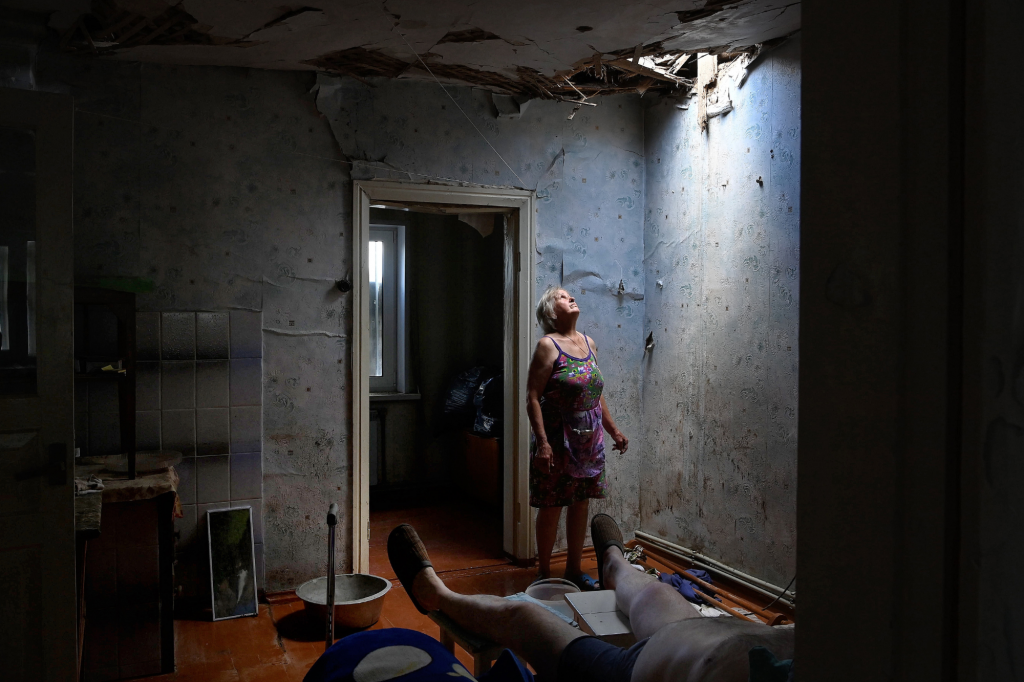 Living on the frontline: Zoya Shaposhnik, 67, looks up at the hole in her ceiling from a missile strike. Her disabled husband narrowly escaped injury or death in their home in Krasnohorivka. Zoya Shaposhnik did not evacuate as many others have in the town, instead staying to care for her husband. Their roof and other parts of their home have been destroyed. Krasnohorivka, Donetsk Oblast, Ukraine. June 16, 2022. 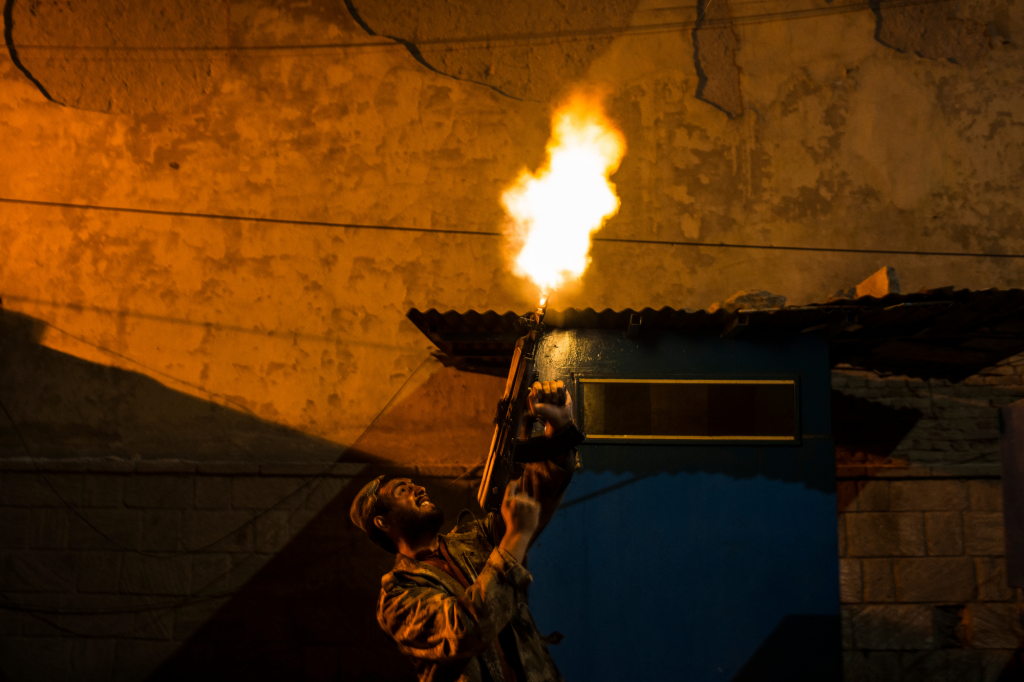 A Taliban fighter fires into the air late on the night of September 3, 2021, in celebration of the group’s reported capture of Panjshir province, where a resistance group, the National Resistance Front, were defending the last patch of Afghan territory not in Taliban hands, two-and-a-half weeks after it overthrew the former government. 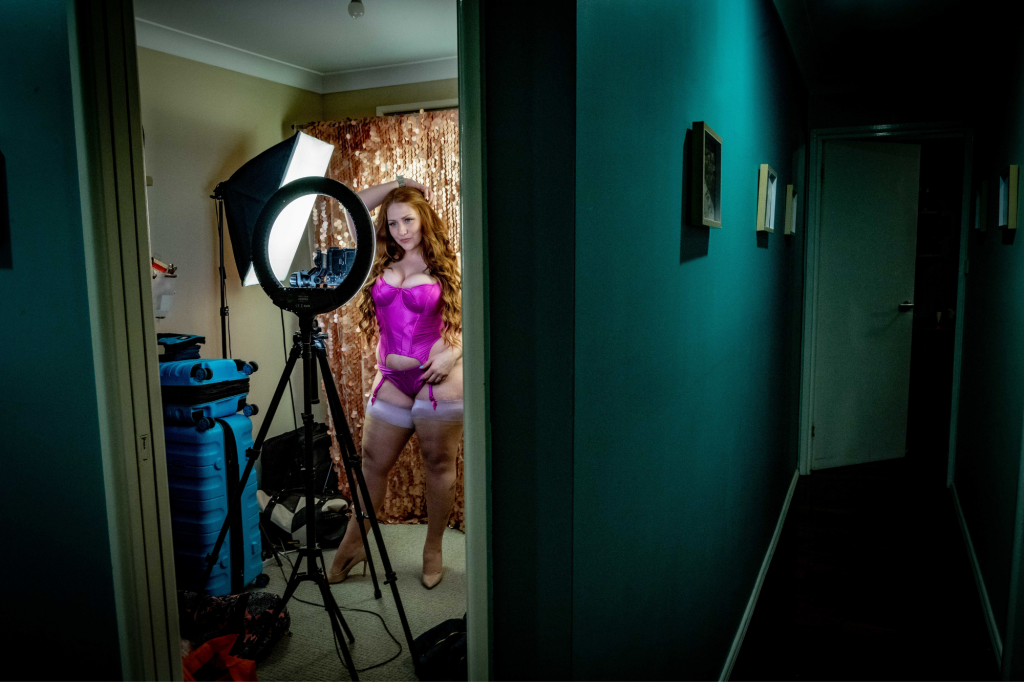 Jenna LOVE: Jenna Love photographs herself for her OnlyFans internet page at her home in Blaxland, NSW, a look inside the booming business of “democratised” adult content – erotica made by everyday people and sold online for a subscription fee. Since its inception, OnlyFans has been seen as a tool for economic empowerment by many. But the site – and others like it – poses ethical dilemmas and real risks for those involved. Jenna is a content creator who explores the highs and lows of making DIY erotica.

Finalist: Christopher Hopkins, The Age and The Guardian 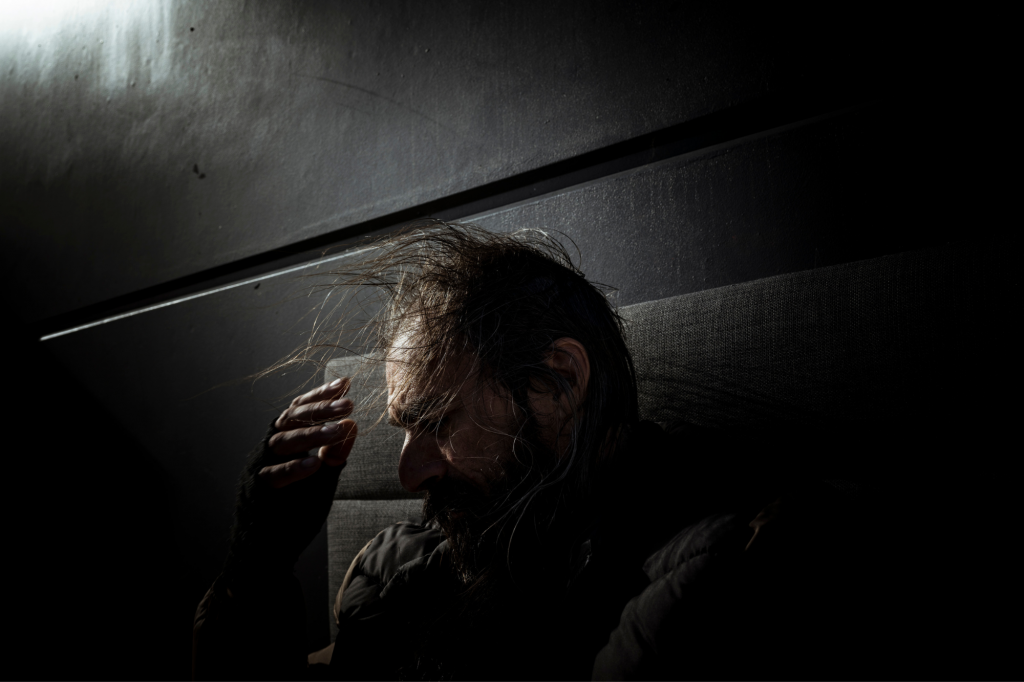 Homeless: Robert Mark Old has been on the streets for three months, preferring the relative safety of Melbourne’s outer northern suburbs to the recommended crisis accommodation, which he described as “a bloody disgrace”. Alcohol and drug use was rife and he feared for his safety, preferring the rain and temperatures close to zero to a room at the notorious centre. June 4, 2022.

Gunggandji: Gunggandji Land and Sea Rangers (from left) Victor Bulmer, Roszaly Aitken, Fredrick Lefoe and Chasten Hunter carry a horse they found in distress deep in the scrub near Yarrabah, Queensland. After taking the horse to town in the back of their ute, the rangers found and removed a paralysis tick. Horses are a feature of daily life in Yarrabah, with many roaming free around the community, often ridden around town by both kids and adults. August 22, 2022.

Thanks to this year’s Walkley photographic judges:

For media enquiries, including requests to reprint finalists’ photos online or in print, contact James Gorman on james.gorman@walkleys.com or 0414 990 480.