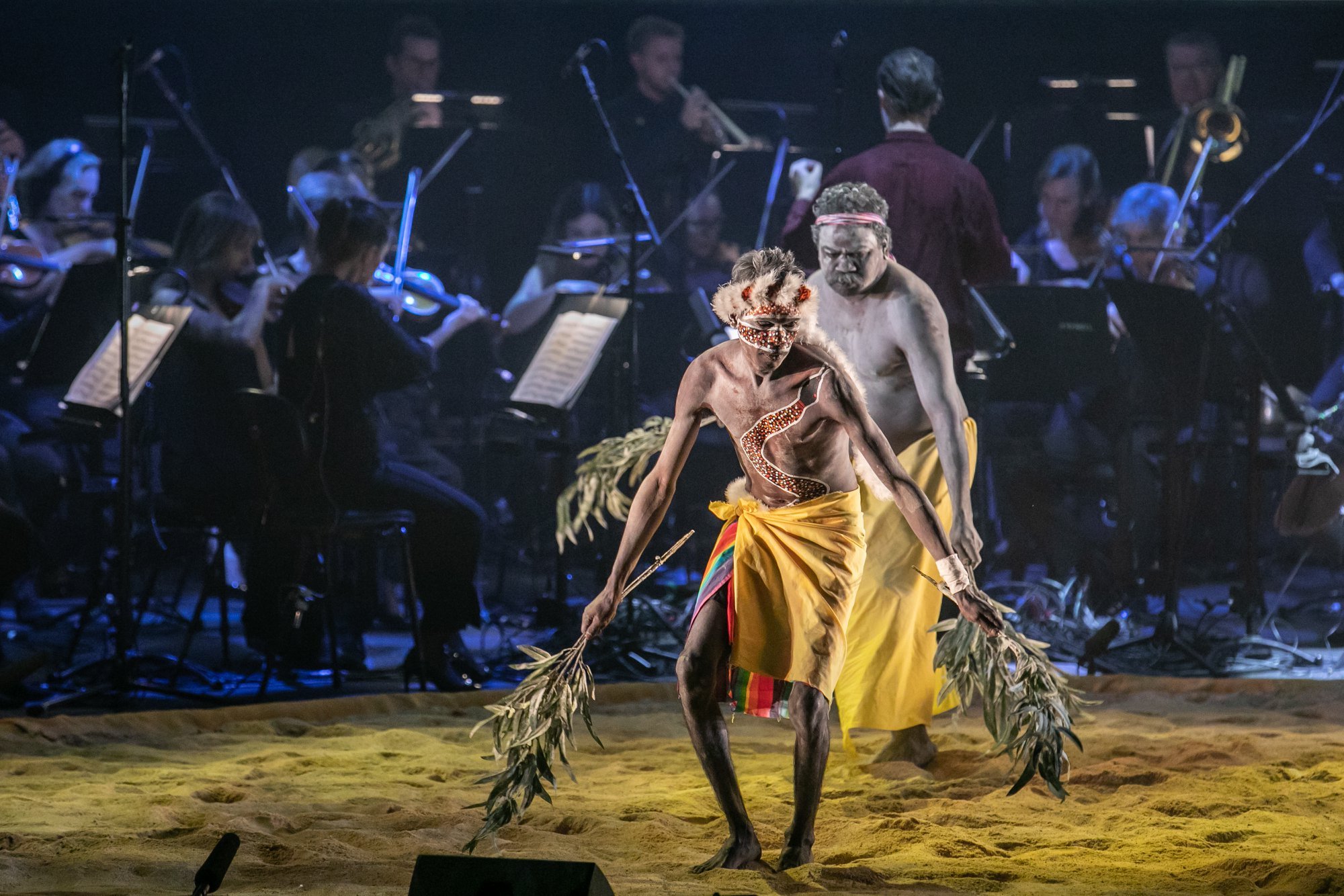 Winner of the 2020 June Andrews Award for Arts Journalism 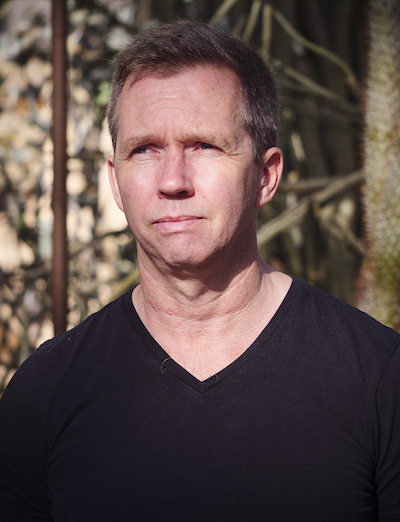 Dow’s entries were “an outstanding portfolio of arts journalism, showing impressive range and incisive investigative ability,” the judges said. “Dow’s feature about the Australian screen industry in the age of streaming conveyed a complex policy dilemma with depth and precision, while his reportage of a G Yunupingu tribute concert explored sensitive cultural issues with tender, lyrical prose.”

We spoke with Steve Dow over Zoom the day after the Mid-Year Celebration of Journalism to discuss the importance of supporting mainstream arts reportage, the need for more diversity in arts criticism, and why we should be looking deeper at what constitutes “arts journalism”.

Congratulations on winning the June Andrews Arts Journalism Award Wednesday night. How does it feel to have that recognition?
Oh, it’s fabulous. I’ve been a journalist for 35 years, but I’m also really mindful that it’s a privilege to be an arts journalist and I’m very conscious that I’m a cis gender, middle aged, white guy, and I’d really love to see a greater spectrum of arts voices writing, from Indigenous backgrounds and other non-Anglo backgrounds.

I’m reading a book at the moment by Jess Scully, who’s this Sydney thought leader, Deputy Lord Mayor of Sydney. It’s called Glimpses of Utopia, and she describes that not as diversity, but as reality. So we need some more diversity in the arts, I think.

Arts journalism is a sector that’s suffering at the moment and has been on the decline in terms of investment from mainstream publications. What do you see as the future for arts journalism, or what would you like to see as a realistic future for arts journalism in the next decade?
I think during COVID-19, we’ve especially seen a great loss of arts coverage, pages being slashed, and so forth. I would really love to see a media company investing more in arts coverage.

It’s been fantastic to see the Judith Neilson Institute putting money into arts journalism, but I think media companies need to value arts journalism more. And I think as arts journalists, we need to help people understand that the arts permeates every factor of our lives, whether it’s books or podcasts or comedy or music or theatre or visual arts.

“As arts journalists, we need to help people understand that the arts permeates every factor of our lives, whether it’s books or podcasts or comedy or music or theatre or visual arts”

I’m deeply concerned at the moment with the Morrison government. I feel that it scorns the arts and therefore devalues critical thinking. They removed arts from the super ministry title and threw it in with roads and rail.

They used COVID-19 to remove Australian first run drama obligations from the free to air networks. They’ve so far failed to put any Australian content obligations on the streaming services. They’ve left tens of thousands of arts workers who are casual and freelance off JobKeeper.

And just today, June 19, they’ve announced that the cost of a humanities degree will more than double. I find that obscene, and I feel as though this government only values what it can see on a spreadsheet. And as arts journalists, I think we need redouble our efforts and work hard to demonstrate the beauty and the contemporary relevance of the arts.

On that, what do you feel is the key roles of arts criticism and coverage in contributing to a healthy press and a healthy dialogue in society?
I think we need to go beyond writing the profiles and the previews, and we need to look critically and drill down into government spending on the arts.

We need to also be quite supportive of the arts as a whole, not just the majors — it’s lovely to go to the opera and the ballet, granted — but the small to medium companies are especially suffering in this country at the moment. They’re often neglected, they have to compete for the scraps. And I think it’s our job to critically report, but also to bolster that sector.

Of the suite of three stories that you put forward as the nomination for this prize, did any of them pose any particular challenges?
The first among equals in the three pieces I wrote was for Meanjin, and thank you to Jonathan Green for publishing it. This was about the content obligations on the free to air networks. I went down to the Screen Forever industry conference and was hoping to speak to Netflix, and that posed a bit of a problem.

I think there’s a bit of a colonialist attitude, this sort of harvesting our national broadband network and our eyeballs, and of putting very little back into supporting Australian drama and content. I think they need to be brought to the table on that. And so to actually speak to anyone at Netflix, over those three days, was almost impossible, so that posed a particular challenge.

The other pieces, one was a profile for The Saturday Paper on Rachel Griffiths, and we took a look into the Royal Commission into institutional responses into child abuse. That had particular resonance for Rachel, who’s one of our best known actors, because of her Catholicism and what that’s meant for her and her husband, for whom Catholicism is still important in their lives.

And the other piece was for Guardian Australia — thank you Steph Harmon and Stephanie Convery for publishing me there. It was based on Australia Day [at] Sydney Festival, [where] Festival Director Wesley Enoch had put together a vigil. There was a great celebration in honour of Dr. G Yunupingu at the Opera House, and The Vigil after that concert was down at the headlands past Barangaroo. It was just a nice way of Indigenous and non-Indigenous people to get together as a third way, a different way to mark colonisation, invasion, if you like. That was an absolute pleasure and a privilege to write that one.

I would love to see something like that happening in every city. Wesley Enoch’s final year as the Sydney Festival Director is 2021, but his successor has promised that The Vigil will continue on. I mean, we’re sort of caught between the nationalistic, jingoistic Australia Day celebration and the very valid Invasion Day marches, which I’ve also walked along in and supported in my own quiet little whitebread way. But it would be nice to have something where we come together, where there are yarning circles and performers, poets, musicians and singers and so forth. I could really see that spreading, that would be fantastic to see that happen every year.

“Journalism needs to shine light in dark places, and that includes in the arts, which can be the subject of pork-barrelling at federal and state levels”

What is your message to the Australian public about why supporting quality journalism and public interest reporting is more important now than ever before?
I think journalism needs to shine light in dark places, and that includes in the arts, which can be the subject of pork-barrelling at federal and state levels.

I also think we’re at a critical juncture now, and social media companies probably need to return some of the online advertising revenue they’ve sliced away from the legacy media. There’s some moves towards that, but I think social media companies should in fact be creating journalism, because the old models are really struggling, and I’m not sure whether it’s simply enough to make all this money out of just pointing to journalism as an aggregator.

But the arts is the stuff of life, and perhaps the arts has a reputation as being somehow elitist. It’s not. More of us go to art galleries than go to footy, and those things can sit in harmony with one another. Perhaps we as arts journalists need to make it clear how important the arts is to people’s lives.

“The arts is the stuff of life, and perhaps the arts has a reputation as being somehow elitist. It’s not. More of us go to art galleries than go to footy”

Is anything else that you’d like to add about the significance of this award or recognition for arts journalism on the whole?
It’s fabulous the Walkleys are now celebrating the arts. I’d like to see a little bit more broadening of the importance of the awards, both the June Andrews Awards for Arts Journalism and the Pascall Prize. It would be great if arts journalism could join the regular night Walkleys so we can all rub shoulders with the people reporting on politics, industrial relations and sport. And, perhaps, I think sometimes the music journalists miss out a little bit in the awards, so perhaps we need to take a broader look at what constitutes the arts in these awards.

Read all the winners here.

Steve Dow is a Melbourne-born, Sydney-based arts writer, whose profiles, features, essays, previews and reviews appear in The Saturday Paper, Guardian Australia, Meanjin, The Monthly, Good Weekend, The Age and The Sydney Morning Herald Arts, Spectrum, Sunday Life, Limelight, Vault and Art Guide Australia. His career began with Syme Community Newspapers, and he has been a staff journalist with The Age, including long stints as a medical reporter and health editor. He believes the arts deserve a greater platform but are being wilfully neglected by the Federal Government, and journalists have a role in demonstrating the arts are the stuff of life.