The Chair of the Walkley Foundation, Adele Ferguson, has called on the Australian Government to stand up for press freedom and intervene in the case of  Julian Assange.

On Friday, June 17, UK Home Secretary, Priti Patel, approved the extradition of Assange to the US, where he is charged with breaching the US Espionage Act. Assange faces up to 175 years in jail if convicted: WikiLeaks immediately announced an appeal. 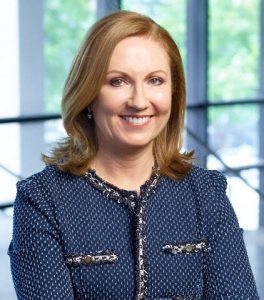 (Adele Ferguson pictured) In 2011, WikiLeaks received a Walkley Award for its outstanding contribution to journalism. Walkley judges said, “While not without flaws, the Walkley Trustees believe that by designing and constructing a means to encourage whistleblowers, WikiLeaks and its editor-in-chief Julian Assange took a brave, determined and independent stand for freedom of speech and transparency that has empowered people all over the world. And in the process, they have triggered a robust debate inside and outside the media about official secrecy, the public’s right to know and the future of journalism.”

Among the Wikileaks revelations, sourced by former US Army intelligence analyst and whistleblower Chelsea Manning, was video of US helicopter attacks in Baghdad that killed 11 civilians including two Reuters journalists.

Ferguson, a Gold Walkley Award-Winning journalist said, “the decision to extradite Julian Assange to the US should be a clarion call to anyone who cares about journalism and democracy.”

“Assange has been languishing for years and it is high time he is brought home. Press freedom and human rights are vital to our society and what is happening sets a very dangerous precedent at a time when press freedom in this country is being chipped away. This is the time for the government to stand up for press freedom.”

The Walkley Foundation CEO, Shona Martyn said, “we are witnessing the erosion of our democracy and press freedoms which of course will hinder the dissemination of truth and allow governments to skirt responsibility and repercussions for inappropriate and criminal actions. All journalists and the community at large should be concerned by this outcome.”

The UK action has prompted a flurry of debate from Australian politicians urging the Federal Government to intervene.

Independent Member for Wentworth, Allegra Spender said on Twitter, “It’s time for Anthony Albanese to pick up the phone, call Joe Biden, and urge him to intervene so Julian Assange isn’t unjustifiably imprisoned.”

Western Australian Green Senator Jordon Steele-John said, “the news that the UK has decided to extradite Julian Assange to the US makes me feel sick and deeply saddened. Julian cannot be left to die in prison. The Australian Government must intervene. Anthony Albanese, it’s time to pick up the phone to Washington.”

Australian Foreign Minister Penny Wong issued a joint statement on June 17 with Attorney-General Mark Dreyfus, saying the Australian government could not intervene in the legal matters of another country.

“The Department of Foreign Affairs and Trade will continue to offer consular assistance to Mr Assange, noting that Australia is not a party to Mr Assange’s case, nor can the Australian government intervene in the legal matters of another country.

“We will continue to convey our expectations that Mr Assange is entitled to due process, humane and fair treatment, access to proper medical care, and access to his legal team.

“The Australian government has been clear in our view that Mr Assange’s case has dragged on for too long and that it should be brought to a close.”

Many mainstream media organisations published their own reports based on Wikileaks, including the Sydney Morning Herald and The Age, The Guardian in the United Kingdom, The New York Times in the US, El Pais in Spain, Le Monde in France and Der Spiegel in Germany.

There has been no attempt by the US Government to prosecute any of these journalists. In 2013 Manning was charged with espionage offences and sentenced to 35 years imprisonment. Manning’s sentence was commuted in 2017 by then President Barack Obama.