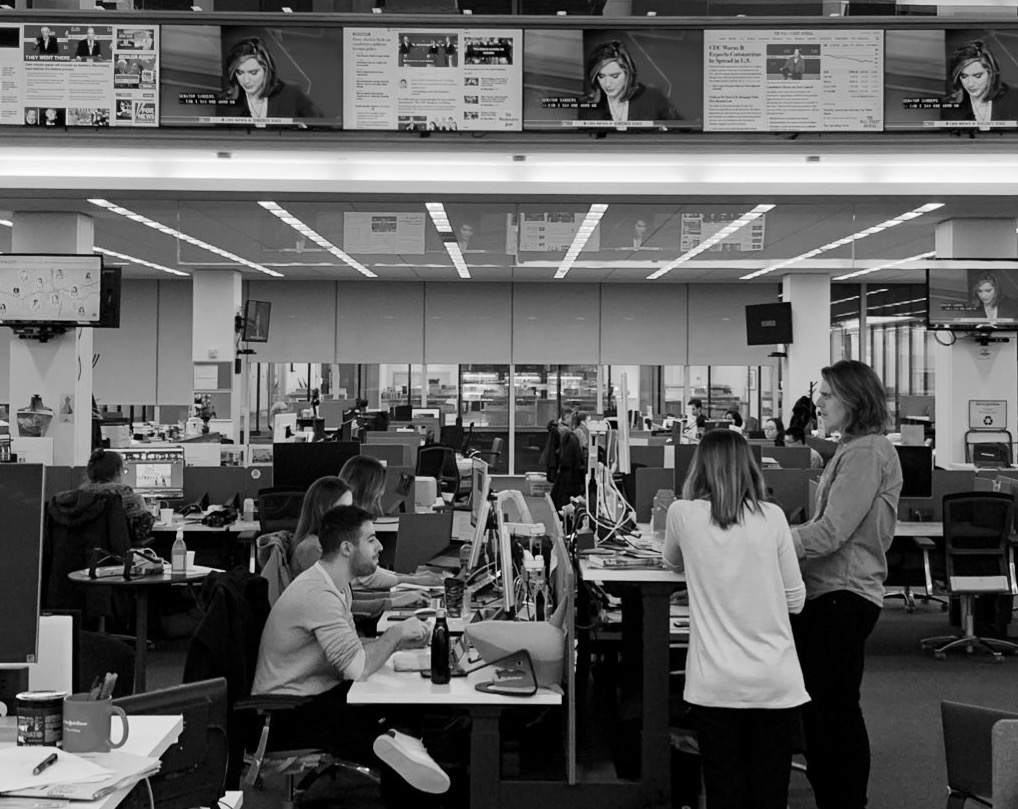 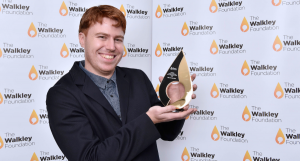 A trip to New York last month gave Oliver Gordon a front row seat to watch history unfolding. The 2019 Walkley Young Australian Journalist of the Year reflects on his time visiting US newsrooms.

Where were you when you had your “woah” moment?

That moment you realised that this coronavirus you’d been reading about in the news was going to be as big, as devastating, as life-changing, as it has become.

I was in the production studio of The Daily podcast, at The New York Times office in Manhattan.

A day earlier, a chance encounter in the canteen with host Michael Barbaro led to me being invited to spend the morning recording with him and his team.

We would interview veteran health reporter Donald J McNeil Jr., to get his take on just how big a threat the virus could be, from a global perspective. 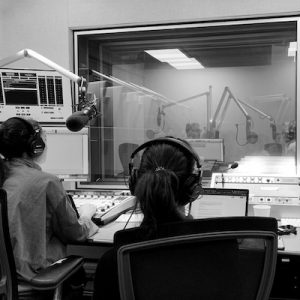 This was late February 2020, and as you can see from Michael Barbaro’s line of questioning many in New York (myself included) were still working out just how seriously to take this threat.

MB: How do you rank this epidemic in terms of previous epidemics, in terms of, let me use some unscientific words here, bigness, scariness, awfulness?

McNeil Jr’s answer to this first question set the scene for the interview.

DJM Jr: I spend a lot of time thinking about whether I’m being too alarmist or not alarmist enough. Now this is alarmist, but I think right now, it’s justified… This one reminds me of what I have read about the 1918 Spanish Influenza…

I’m trying to bring a sense that if things don’t change, a lot of us might die. If you have 300 relatively close friends and acquaintances, six of them would die in a 2.5 percent mortality situation.

As well as comparing COVID-19 to the most severe pandemic in recent history, McNeil Jr. admitted he’d started stockpiling, and also reminded us that if the virus continued, it would likely affect or even kill someone in our extended network of friends, family and colleagues.

As the blood drained from my face, and I realised the gravity of what was being said, I imagined all the other people who would be having a similar experience to me when the show went to air the next day, and realised I was witnessing a very important piece of journalism being created.

It wasn’t the only time I’d have that feeling that fortnight. 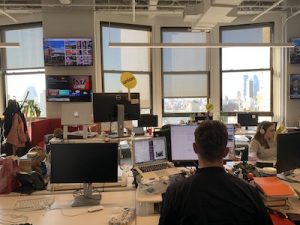 My trip to the newsrooms of New York, courtesy of the Walkley Foundation and The Jibb Foundation, threw me right into the middle of a very busy time in US media.

At Buzzfeed News, I worked with the Breaking News team to cover a fiery, sometimes vicious Democratic Primary race.

After one particularly pivotal debate between Amy Klobuchar, Joe Biden, Elizabeth Warren, Michael Bloomerg and Pete Buttigieg, I was tasked with looking through the transcript to put together a collection of ‘savage takedowns’, which eventually formed this article.

I also saw THAT dress… take a closer look at the picture and see if you remember it.

At Columbia Journalism Review, placed within Joseph Pulitzer’s Graduate School of Journalism, I debated the merits of New Journalism with students in classes, met the team that puts together the influential media magazine, and even contributed my own little piece of writing for the publication: The view from the cafeteria — a journey through the coffee areas of NYC’s most important newsrooms. 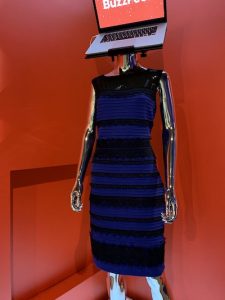 Over lunch with an influential food journalist at Quartz, I got a deeper understanding of the way big tech companies are moving into food production, and became inspired to start covering this fast moving field back home.

And at the The Marshall Project, a small but mighty media organisation, I learnt how the group works with people who are incarcerated to tell the stories of the US criminal justice system.

When I was there the organisation was preparing for how it would cover coronavirus from a prisoner’s perspective, given the fact that the threat of coronavirus would be particularly acute for people trapped in the justice system.

Now we are seeing this critically important coverage roll out.

To be in these various newsrooms as both a global pandemic loomed and a presidential primary played out is an experience I’ll never forget.

Anyway, as you can probably tell, I had a truly unforgettable time.

If you’re thinking about entering your story into the Walkley Young Australian Journalist of the Year awards, just do it.

You never know where it could lead.

Oliver Gordon is a journalist based at ABC Alice Springs. He works across all platforms, but most enjoys narrative investigative journalism. Prior to joining the ABC, Oliver worked in the global health and development sector with organisations such as the World Health Organisation. This background in global health and development informs much of his reportage — which appears on programs such as AM, The World Today and Background Briefing.

Read our interview with Oliver after he won the 2019 Walkley Young Australian Journalist of the Year Award here.

The Walkley Young Australian Journalist of the Year Awards are open now to journalists aged 28 and under. Find out more and throw your hat into the ring before entries close on April 26.

Thanks to the Jibb Foundation for supporting mentorship and this prize for the Walkley Young Australian Journalist of the Year Awards.