Anita Jacoby on cutting her teeth at NBN Newcastle 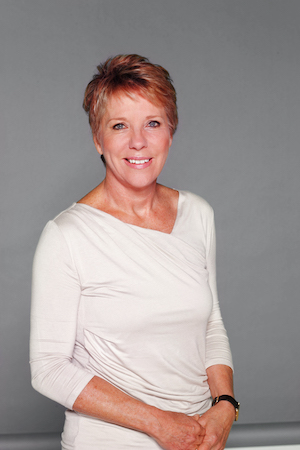 Early in her career, award-winning journalist and producer Anita Jacoby cut her teeth working for NBN News in Newcastle. And now Lydia Bilton, one of the two 2017 recipients of the Walkley-Jacoby Scholarship with Nine – established to help emerging broadcast journalists break into the competitive TV news industry – is following in Anita’s footsteps as a journalist at Newcastle’s NBN News.

With applications now open for the Jacoby-Walkley Scholarship with Nine, we asked Anita to reflect on her experiences working as a young journalist in Newcastle.

How long were you at NBN Newcastle?

I worked in the newsroom at NBN 3 for a year.

What was your title?

I was employed as an on-the-road news reporter, covering all types of general reporting. The legendary Newcastle newsreader/news director Murray Finlay employed me.

Where had you been working?

I came from being a Researcher/Writer on ‘Simon Townsend’s Wonder World!’ on Channel 10. I’d always wanted to work in news and current affairs.

But getting a job as a journalist in a Sydney newsroom was near on impossible if you didn’t know the right people, so my father encouraged me to try my luck in Newcastle. I approached Murray Finlay and within a few weeks, I was offered a job as a ‘C’ Grade journalist in the newsroom. It was a matter of being in the right place at the right time.

Do you remember a story you covered there?

I remember a very confronting story I covered in those early days, when I would have been just 21. Being a regional newsroom, you could sometimes find yourself the only journalist rostered on at certain times on weekends or the late shift on weekdays, when you would finish at midnight. In those days news stories were shot on 16mm reversal film.

On one occasion I was the only journalist rostered on when there was a horrific car accident involving the deaths of multiple people. Along with the cameraman and sound recordist, we were confronted by one of the most horrendous scenes. I can still vividly recall the carnage and mangled bodies being cut out of one of the vehicles.

Stories like this were very traumatic to process and, in those days, there was little if any counselling for journalists. You were just expected to deal with it and move on.

What were the positives in the job?

It was a great experience because you were thrown in the deep end. Regional newsrooms are a terrific training ground and in my day you could be reporting on anything from union strikes at Newcastle’s BHP steelworks (now long closed) to house fires.

On weekends you’d find yourself handling most tasks within the newsroom. You could be acting Chief of Staff, selecting new stories to be covered, putting the rundown together and writing scripts/links for the nightly newsreaders. You simply wouldn’t have got that amount of experience at such a young age in one of the Sydney newsrooms. And to top it off, when it was quiet on weekends, we’d jump in the NBN chopper and head off to parts of the Hunter Valley to do colour stories, often ending out at the old Stroud Pub.

They were fabulous days for a budding young journo!

Aspiring final-year or recent graduate journalists aged 28 and under are encouraged to apply for the Jacoby-Walkley Scholarship with Nine. Recipients get to spend 10 weeks learning from top journalists at Nine News in Sydney, including at 60 Minutes, 9 News Sydney, A Current Affair, Today Show and 9news.com.au, and four weeks at the Walkley Foundation. Find out more here.