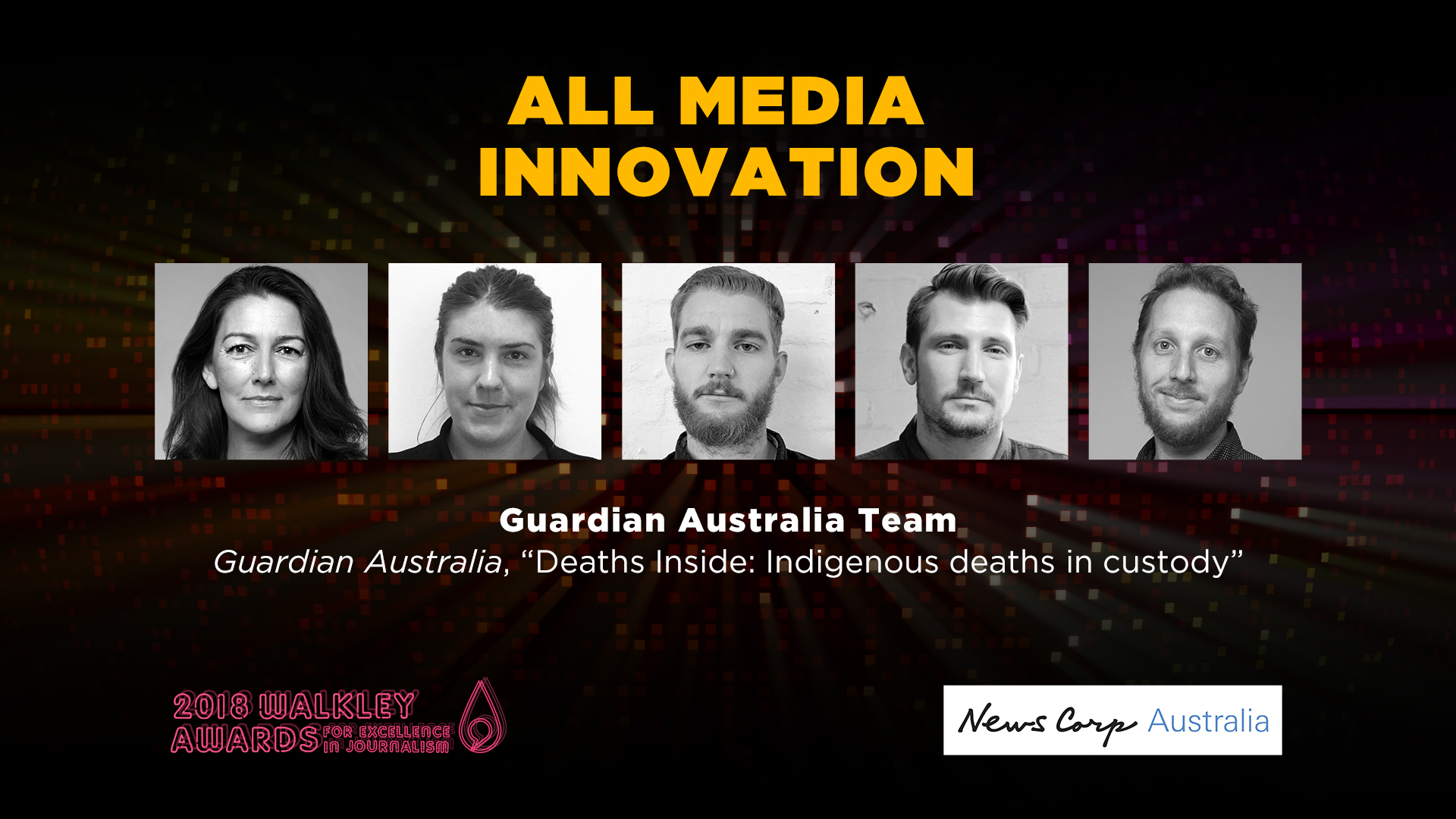 “Deaths Inside: Indigenous deaths in custody”

The Guardian’s “Deaths Inside” database and stories compile painstakingly verified data into a publicly available tool. It will stand as a resource to be used by other reporters, lawyers and academics, but it also serves as a memorial to those who lost their lives and as a way for families to mourn their loved ones. The impact of the piece was immediate, with Indigenous Affairs Minister Nigel Scullion urging all states and territories to act on an Indigenous custody notification system. Shadow Attorney-General Mark Dreyfus added: “The statistics that the Guardian have uncovered are appalling and completely unacceptable.”

Allam, a Gamilaraay and Yawalaraay woman, joined Guardian Australia in April as Indigenous affairs editor and was most recently the head of Indigenous radio at the ABC. Evershed has been with The Guardian since its Australian launch in 2013, and is a double Walkley nominee and the winner of a 2016 Walkley Innovation grant. Wahlquist was nominated for Indigenous affairs reporting in 2017.

Deaths Inside found many Indigenous Australians have not been given the care they need while in custody. Specific failings were identified in a series of high-impact stories, including an accessible visualisation. The judges felt the creation of a database from hundreds of coronial reports was fresh, timely and effective.