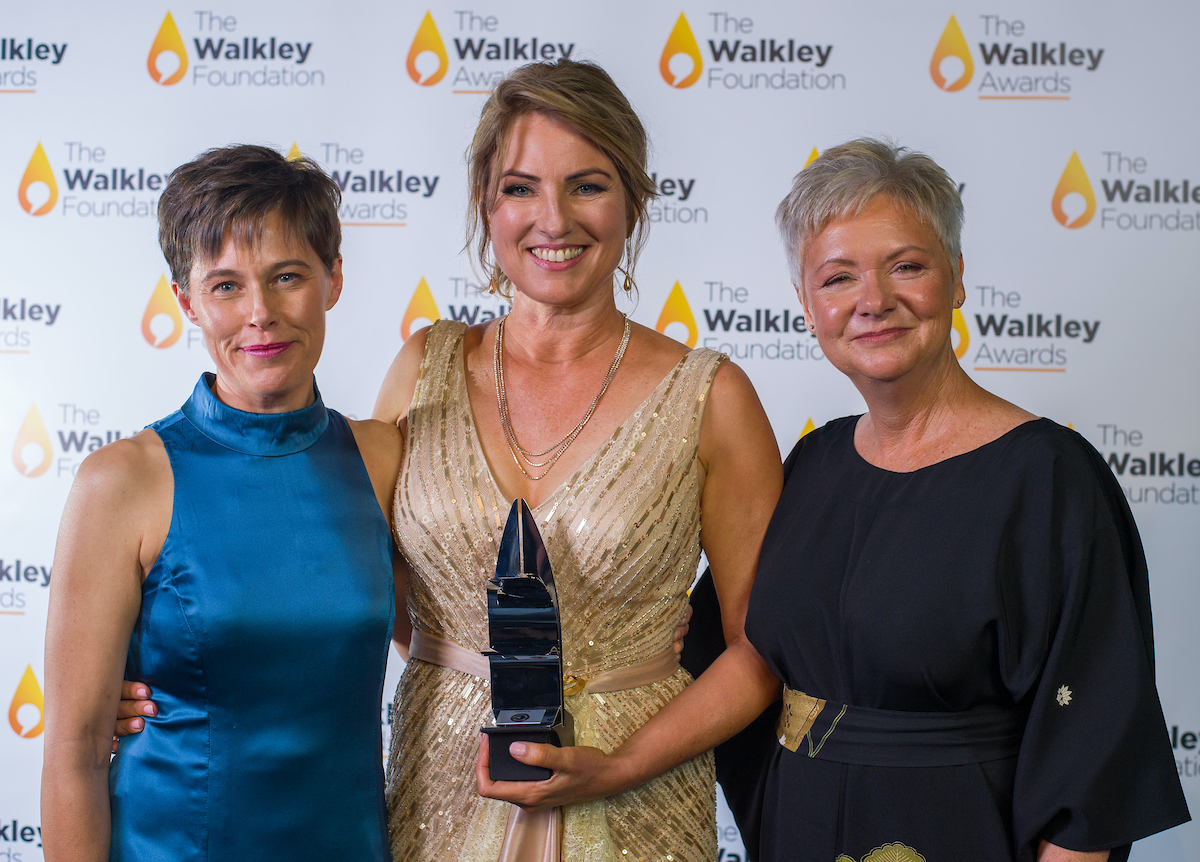 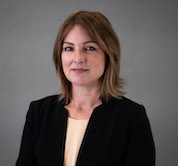 This five-month investigation was driven by the crowdsourced evidence of more than 4000 people who contacted the ABC after an audience call-out. Accounts from families and carers soon built a picture of systemic problems within the industry, including understaffing, untrained staff, drugging of residents with dementia, and a dysfunctional regulatory and complaints system.

We spoke with Anne about the effort and reward behind reporting that forces policymakers to take action, why it so often falls to journalists to highlight and expose wrongdoing, and why she “desperately hopes” her Walkley-winning reporting creates real change in our nursing homes.

How did you first find out about this story, about major systemic problems in the nursing home industry? Where did the first lead come from?
I’d been investigating, or had an interest in, what was happening in aged care for over 10 years from the time I first did a Four Corners fly-on-the-wall following three people with dementia. That was the first time I went inside a nursing home and was quite surprised at the conditions there, although it was a relatively good aged care facility. And then I had a personal experience with my mother-in-law in an actual aged care home where conditions were very poor despite her paying quite a lot of money to stay there. From that moment on, I continued to take an interest – I did a story for Background Briefing and I knew because, every time I did a story, I would be inundated with emails and phone calls from people wanting help and not knowing where to turn. So I knew that it was a massive problem and I just needed to find a way in to get the information. And that’s why it was so great that I managed to get a position at the Aged Care Investigations Unit.

You had a lot of crowdsourced evidence from more than 4,000 people who got in touch with the ABC after a call out, which must’ve been a phenomenal task to research and verify. How did you approach that?

When I joined the unit, I suggested that we do a call out because I was convinced that there were a lot of people out there who had suffered and had no recourse, nowhere to turn because the complaints agency and the regulator, from what I had observed and researched and reported on, was ineffective.

99% of nursing homes were getting a perfect score from the regulator, when I was getting evidence from people that it couldn’t possibly be meeting all their standards. We put out a call to families and staff in residential aged care through Facebook and other social media, and I did a story for 7.30, and within about a week we had 4,000 people respond, which really confirmed for us that there was a massive issue out there.

From there, it was literally myself and a colleague, Josephine Tovey, who sifted through – there were a lot of people who wanted to remain anonymous, especially staff because staff are still scared of speaking out about what’s happening in aged care despite the fact there’s a Royal Commission. We methodically moved through it and we decided on the stories we could do based on the evidence that those family and staff could provide us with.

What did it take to get this story up in the end in terms of the time and the resources? And did you need to get a lot of input from lawyers before you could get the story live?

We put the call out in April and we went to air with Four Corners towards the end of September. I took our best evidence and material to Four Corners from the crowdsourced investigation, and when they realised the depth of the material, Sally Neighbour commissioned a two-part series.

What was significant about it was the fact that we had former staff speaking out from all over the country, but telling us the same stories about systemic issues like chemical restraint, understaffing, poor food. That was really important to us, that it wasn’t just families telling us about one individual case, it was about staff telling us what they saw on the whole scale.

“What was significant was the fact that we had former staff speaking out from all over the country, telling us the same stories about systemic issues like chemical restraint, understaffing, poor food”

In terms of time and resources, there were three of us —myself, producer Mary Fallon and researcher Patricia Drum. We worked on it for Four Corners for about three months in all. We did need input from lawyers when we delved into specific cases such as the issue of chemical restraint, because we needed to see all of the case files and verify it with the home and with the family. But it wasn’t a lawyer-heavy story, because they were primarily eyewitness accounts from staff giving us their experiences, and then the families had video evidence. I think what was significant about it was we finally had real video evidence in the same way that [footage from stories on] greyhound racing and cattle exports created an outrage within Australia. I think that’s what happened with the footage that we managed to put to air.

The Royal Commission into Aged Care Quality and Safety was announced shortly before “Who Cares” actually aired, but what have been some of the further impacts and results that you’ve seen come out of its publication?

There’s a lot of issues about when and why the Royal Commission was called, and I would love to just set the record straight on this. The Royal Commission was called the day before our first part went to air. So, the government knew what we had because we had approached them and the regulator for a reaction and comments about the stories that we were about to put to air.

There was a lot of debate swirling around about whether there deserved to be a Royal Commission into this and the government spent the week before making various announcements about how robust the aged care system was. So, I have no doubt that that Royal Commission was called due to the Four Corners that was about to go to air.

Now, that’s something that Scott Morrison denies, but he’d only been Prime Minister for three weeks and he was proactive because he knew he would be on the back foot once the program went to air. So, I have no doubt that it was due to Four Corners.

There’s been new regulations put in place about the use of physical and chemical restraint, and that’s in relation to a story I later did for 7.30 about the use of anti-psychotics on people with dementia. [And] there’s just a greater awareness amongst the public, I believe, about what their rights are and they are, I think, more aware of the deficiencies in the system.

I think that’s part of the reason why people are shunning residential aged care now. They tend to keep their elderly at home with home care.

The interim report came out in October or November called “Neglect”, and it basically confirmed everything that was in the Four Corners programs and everything that I had uncovered over a decade. It showed the systemic problems in the sector rather than the few bad apples that the industry kept talking about.

Going back, what was it that made you want to be a journalist in the first place?

I loved reading and I loved writing. I wasn’t particularly interested in current events, but I started out in newspapers because I could write reasonably well. And I suppose my sense of social justice kicked in much later in my 20s when I traveled overseas and spent time in Ireland.

Of the many stories that you’ve pursued and filed over the years, which ones stick out as the ones where you’re most proud of the work that you did?

So, obviously, the “Who Cares” series, because it prompted a Royal Commission. I did quite a few on Four Corners. In general, I am most proud of stories which give a voice to those who generally have no other avenues to pursue. So, they’re often ordinary people coming up against a system that ignores them. Working in investigations, for example, is an opportunity for people to have their story told and hopefully get some action.

What’s your message to the Australian public about why quality journalism needs support now more than ever?

With social media dominating how people consume their news, it’s important that the real dedicated journalists, who work for great programs and newspapers and online, continue to seek out and publish stories which really have an effect on our democracy, ultimately.

I find in many situations, both sides of parliament have the same attitude or approach to some issues because of self-interest. And it falls to journalists to highlight and expose wrongdoing, and it’s up to the public to consume that material, because it’s ultimately the public that will have an impact on whether either party takes that particular issue on as an electoral issue, because ultimately they are about winning power. We do have an important role in democracy.

“In many situations, both sides of parliament have the same attitude or approach to some issues because of self-interest. And it falls to journalists to highlight and expose wrongdoing”

What’s been the greatest impact or the best thing to come out of receiving this Walkley award for public interest journalism?

I have won the Public Interest Walkley award before – I think this is maybe the second time I’ve won it – and I do think that journalism should always be in the public interest, so for that reason it’s rewarding to be recognised. But the main thing is that it did prompt the Royal Commission. There’s no doubt about it. They just got on the front foot the day earlier. And two, what’s happening now is the industry is trying to suggest that there’s not a widespread problem, but there is. I mean, it’s massive. In fact, I’m working on a story for Four Corners right now on Newmarch House, which is the nursing home where COVID-19 is.

“Aged care matters to every single one of us because it’s our grandparents, our parents, and then ultimately it is us if we live that long, so we all have this vested interest in making sure we get it right”

I’m just hoping that ultimately some good comes out of this and the Royal Commission makes recommendations which are taken up by the government. That’s always the greatest fear. You just don’t know if they’ll push through with them, but they should because it’s crucial to everybody. The one thing I do keep saying is, aged care matters to every single one of us because it’s our grandparents, our parents, and then ultimately it is us if we live that long, so we all have this vested interest in making sure we get it right. I’m just desperately hoping it works.

Anne Connolly has worked at the ABC’s 7.30, Media Watch, Four Corners, Background Briefing and Investigations unit over the past 20 years. She was named 2019 Journalist of the Year at the Kennedy Awards and the 2019 win brings her Walkley Award tally to five, including the 1999 Gold Walkley.