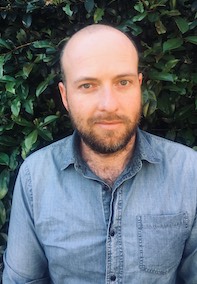 In 1995, David Eastman was convicted of the murder of Australian Federal Police assistant commissioner Colin Winchester. Eastman spent 19 years in jail, consistently maintaining his innocence. He was released in 2014, when a judicial inquiry found he had been convicted on flawed evidence. The judge was “fairly certain” of Eastman’s guilt but said that “a nagging doubt remains”.

Sam Vincent dedicated much of 2018 to researching, observing and writing about the retrial of Eastman, which he saw as a significant moment in Australian history.

It’s a story many were familiar with, but the judges agreed that “A Nagging Doubt” (published in The Monthly) could be the definitive telling of it — a riveting read, beautifully crafted and researched. We asked Sam about the fundamental importance of “being there” for good reporting, the joys of immersive, narrative longform features, and the adrenaline kick of waiting for a jury decision – and the conclusion to the story – hours before print deadline.

How did you first find out about this story, of flawed evidence and the retrial of David Eastman?

In Melbourne people ask which school you went to; in Sydney, where you live. But what still counts in Canberra is whether you ever heard from David Eastman, why and how often. This meant that long before the retrial, I knew about David Eastman as a legendary public nuisance that my parents’ friends in Canberra used to one-up each other with stories about (“he used to ring you in the middle of the night? That’s nothing, he once threatened to kill me…”).

I also knew he was in jail for murdering the AFP assistant commissioner and that in 2014 he had been spectacularly released pending a retrial, after a judicial inquiry found fundamental flaws in the 1995 trial that convicted him of murder.

“Long before the retrial, I knew about David Eastman as a legendary public nuisance … So when Nick Feik, the editor of The Monthly, asked me in 2016 if I had any true-crime story ideas, I certainly did”

So when Nick Feik, the editor of The Monthly, asked me in 2016 if I had any true-crime story ideas, I certainly did. The retrial was originally slated for 2017 but was postponed until 2018. That was when I researched the story up to that point and learned the extent to which the 1995 trial had been flawed.

How much time did you have to work on investigating this story? What kind of research and on-ground work did it require?

I’m a big fan of long, sprawling, first-person New Yorker/Esquire/Harper’s-style essays where the writer is present (but not overbearing) to chaperone the reader through a labyrinthine plot with a vast array of characters. I knew the murder of Colin Winchester and all that followed had the makings of such a piece – even before I knew how the retrial of David Eastman was going to pan out.

In early 2018, I read as much as I could of the original reporting from 1995, plus the associated court transcripts from that year and the judicial inquiry of 2014. I also interviewed people who had known David Eastman before he was jailed. I was trying to parse the myth from the man.

The retrial started in June 2018 and ran four days a week for nearly six months. I’m a firm believer in being there as a fundamental ingredient of good journalism, so I endeavoured to sit through as much of the retrial as I could. The prosecution called 127 witnesses, and I think I was in court for 126.

I ended up with 30+ brimming notebooks (the retrial transcript runs to 5,000 pages). Obviously the vast majority of that content didn’t make it into the final essay, but the value of showing up day after day is that you are exposed to unexpected moments of drama, clarity and insight, some of which took place on afternoons when the daily reporters had filed their stories and left for the day, and I was the only person sitting in the public gallery.

What did it take to get this story up in terms of time and resources? Did you need a lot of input from lawyers?

To pull off the kind of in-depth narrative essay I wanted to write, I knew I would have to make sacrifices. My social life for much of 2018 was non-existent. The retrial ran Mondays through Thursdays, and every night after taking notes in court I would chip away at the essay itself, as well as do any research associated with what I’d just heard in court. On Fridays, when court didn’t sit, I worked at an office job to pay the rent.

Then after taking Saturday morning off, I’d get back into the essay in the afternoon, help out on my family’s farm on Sundays, then be back in court on Monday morning. It was exhausting and all-consuming: I didn’t sleep much those six months and struggled to switch off from thinking about the day’s courtroom drama – I convinced myself that if only I thought hard enough, I’d be able to work out whodunnit.

And after all that work, the story nearly didn’t run. With a few hours before The Monthly‘s 2018/19 summer edition was due to go to the printers, the jury still hadn’t delivered its verdict. I’d filed my essay, it had been edited and was ready to go, but we needed the last, vital fact: whether David Eastman would be found guilty of murder for a second time, or if he would be acquitted.

“It was exhausting and all-consuming: I didn’t sleep much those six months… And after all that work, the story nearly didn’t run… Luckily, the jury delivered their verdict with minutes to spare”

Luckily, the jury delivered their verdict with minutes to spare. It was an intense morning – seeing a man be told he would not die in jail (I will never forget the tension in the courtroom when the foreman of the jury read out the verdict), then texting Nick Feik “NOT guilty!”, writing up a little postscript to my story on my phone, firing it off and doing a final read-through outside the courthouse.

I didn’t get a lot of input from external lawyers in terms of vetting my story, but another benefit of being in court so much was striking up a rapport with the retrial’s legal counsels to help with fact-checking. I’m also grateful to the court reporters from the ABC and The Canberra Times, who were friendly, helpful, and much more literate in legal matters than I was.

Aside from the acquittal of David Eastman, what are some of the impacts and results that you’ve seen come about as a result of the publication of your work?

I don’t think it’s for me to say what impact, if any, my story had. I’ve received some pretty wild correspondences following its publication, including from some people who are either attention-seekers or should have appeared as witnesses in the retrial. I like it when readers tell me they now have a more complex, nuanced view of David Eastman; the “face of evil” narrative that was propagated by much of the media in 1995 was lazy and unfair. You can be both a dickhead and the victim of a miscarriage of justice, after all.

“The ‘face of evil’ narrative that was propagated by much of the media in 1995 was lazy and unfair. You can be both a dickhead and the victim of a miscarriage of justice, after all”

In 2020, the Walkley Foundation is placing a focus on high impact reporting in regional Australia; as a writer and journalist working in a regional area, what do you see as some of the biggest underreported or underacknowledged stories of your area?

This one for starters. There’s no way the murder of the assistant commissioner of the Australian Federal Police and the procedural and judicial cock-ups that followed would be so neglected by the media if it had happened in Sydney or Melbourne.

I was dismayed that the retrial itself barely rated a mention outside of the Canberra media, other than the verdict day, when all kinds of johnny-come-latelies showed up, grabbed a quote or two and stirred in some facts… Hearing a verdict but not the six months of courtroom drama that preceded it isn’t the story.

Other than that, the unliveability of much of Australia under a changing climate is a story that’s still unreported.

What made you want to be a journalist and writer in the first place?

I come from a family of writers. My sister, Eve Vincent, is an author and academic; my uncle, Simon Balderstone, was a journalist for The Age, and my cousin, Fergus Hunter, covers education and communications for The Age and The Sydney Morning Herald. Telling stories and having them published has never been something distant or out of reach.

Again, showing up day after day; being there. I always find the deep dive approach really satisfying as a reader and a writer. I also like to revisit issues that people might think they have worked out; to work in the grey zone instead of in black and white.

Of course a thriving, free press is vital to a functioning democracy; of course, that’s currently under attack in Australia. But I think journalists would do better in convincing the public of that if they didn’t take your question as a given, and asked themselves why they deserved Australians’ support? There’s a lot of self-congratulation in Australian journalism, but there’s nothing fundamentally good and moral about being a journalist.

“I think journalists would do better if they…asked themselves why they deserved Australians’ support?’

Fewer egos and more public-interest journalism will go a long way to convincing the public of journalism’s worth. People like Louise Milligan, Jess Hill, Sophie McNeill and Richard Cooke: these are the journalists I respect, and whose work demands the respect and support of the public.

What’s the best thing about receiving this award?

Speaking of egos, I will admit it is a nice feeling to appear (on paper at least) alongside legendary former winners of this category like Helen Garner, Chloe Hooper and James Button.

Anything else you want to add?

Thanks to the Walkley Foundation for recognising the slog behind the essay. And thanks to Nick Feik and The Monthly for providing a platform for quality longform nonfiction in this country.

Sam Vincent is a writer and farmer from the Yass Valley. His writing has been published in The Monthly, Griffith Review, The Saturday Paper and The Best Australian Essays. His first book, Blood and Guts: Dispatches from the Whale Wars, was longlisted for the 2015 Walkley Book Award. He is writing a memoir about farm succession for Black Inc. Books.