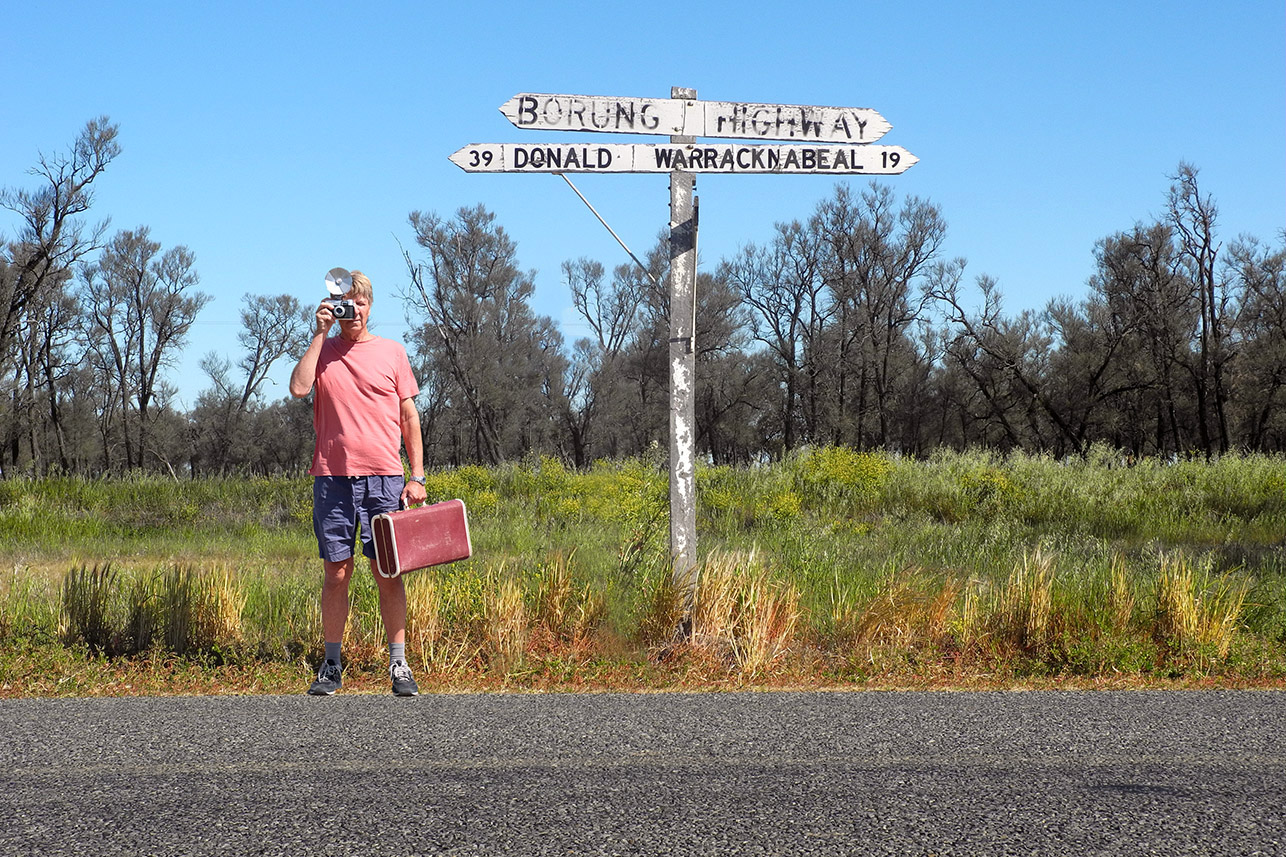 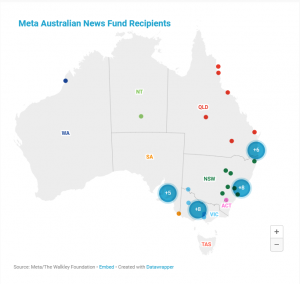 Multimedia gear, virtual news desks and even bushfire protection suits are among the latest tools of the trade to be awarded to Australian journalists and small news organisations striving to rekindle public interest journalism and accelerate their digital transition.

As part of the Facebook Australian News Fund, Meta and The Walkley Foundation are today delighted to announce $5 million in funding for 54 news organisations and independent journalists across Australia as part of a $15 million, three-year investment into the most promising public interest journalism and digital newsroom projects. The program prioritises applicants with digital publications in regional areas and those who cater more directly for Indigenous communities, women and other under-served audiences.

Funding from the Facebook Australian News Fund is split into the $2.5 million Public Interest Journalism Fund and the $2.5 million Newsroom Sustainability Fund, which will support newsrooms and journalists to create public interest journalism, to harness the power of technology to engage their audiences and to build sustainable news businesses.

The Public Interest Journalism Fund offers funding of up to $120,000 to small, regional publishers and independent journalists to fund news projects of public interest value and to encourage media diversity.

The Newsroom Sustainability Fund offers funding of up to $250,000 for regional newsrooms and digital-first publications for innovative and revenue-generating projects, such as subscription products, digital technology and broadcast studio equipment.

Funding will go directly towards a range of innovative projects, including news apps that aggregate content from radio and local newspapers, membership models where subscribers inform the editorial agenda, and hyperlocal community news forums.

Regional journalism is in a well-documented state of flux and is facing unprecedented funding challenges, which the Covid-19 pandemic has magnified. More than 227 print or digital news mastheads have either closed or reduced services since January 2019, according to the Public Interest Journalism Initiative’s Australian Newsroom Mapping Project. Some 155 of these were the result of a contraction in a rural or regional area. As a result 33 local government areas, or six per cent of Australia’s total municipalities, are now without a local print or digital news outlet. 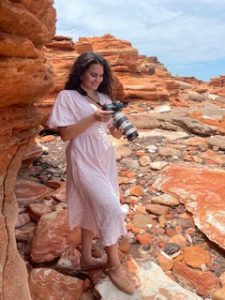 The CEO of the Walkley Foundation, Shona Martyn, said the impact of the Facebook Australian News Fund on Australian journalism will be profound. “Money is going directly to the projects across Australia that our judges considered the most worthy during a rigorous arms-length assessment process,“ she said.

“We received a total of 169 applications in this round. During the stringent judging process, budgets proposed by the applicants were analysed line-by-line. By offering partial funding to some projects, we ended up funding more applicants than originally envisaged. The two judging panels were looking for real need, creativity and detailed plans that could be guaranteed to deliver. The diversity of the successful applicants and the spread of awards across Australia is both encouraging and inspiring.”

“This week’s devastating floods in Queensland and northern New South Wales illustrate the importance of having a strong on-the-ground media presence in regional locations who have an intimate understanding of the area and its people,” Martyn added.

“As part of our investment in Australian news, we wanted to ensure that smaller, regional, rural and digital newsrooms were supported,” said Andrew Hunter, News Partnerships Lead for Meta Australia. “Funds are going directly towards public interest journalism as well as projects to help newsrooms grow and diversify revenue streams. We think it’s essential that these newsrooms are economically sustainable so they can continue to tell the stories of their communities.”

The Walkley Foundation independently managed the judging process of the Facebook Australian News Fund  and engaged a panel of media experts to choose the most credible and compelling projects.

Of the 169 applications that were received, 67 per cent came from news organisations or freelance journalists based in and/or serving audiences in a regional area. Among the 54 successful projects, the same percentage were either regionally based or serving audiences outside a capital city. The progress of the recipients’ programs will be monitored over the coming year. 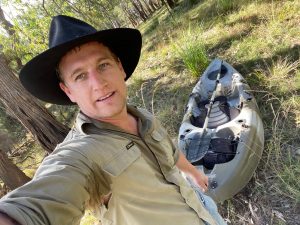 The 54 projects funded by the Facebook Australian News Fund reveal an insightful snapshot about the state of public interest journalism in regional Australia and for migrant and specialist audiences. Dozens of projects also illustrated first-hand the impact of the Covid-19 pandemic on newsrooms in regional Australia. But amid the closures and cutbacks, they also revealed a new wave of media entrepreneurs committed to taking advantage of the shift to digital technology that the pandemic has accelerated.

Code-named “Project Petrichor”, AAP will send journalists and photographers on a series of carefully planned, week-long news-gathering missions to unearth and highlight stories that matter to regional rural communities and give them a national audience. First Nations Media will also establish a network of stringer journalists in remote locations to deepen their coverage of these underserved communities.

The National Indigenous Times will create Australia’s first Indigenous image library, which will allow media outlets to source culturally-appropriate images of Indigenous people.“This funding will support the creation of a First Nations Image Service to be set up by the NIT giving Indigenous Australians another way to tell our own stories,” National Indigenous Times’ Sara Bergmann said. “Our vision is for this service to supply traditional and online media, businesses and the community with news images produced by Aboriginal and Torres Strait Islander people.”

“Funding from the Public Interest Journalism Fund will support the NIT to bring regional Indigenous news and opinion to the whole of Australia. This is a great opportunity for regional stories to be told from the perspective of the Indigenous people who know them,” Bergmann said. 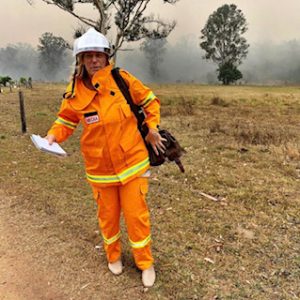 Freelance journalist John van Tiggelen will produce a series of long-form reports including a detailed study of regional communities recovering from Covid-19.

Independent film production company Ninti Media will investigate the Kangaroo Island timber plantation saga stemming from the Black Summer bushfires of 2020. “I’m thrilled to receive this funding as it will allow me to invest in research and the time-heavy production of my documentary with a dedicated crew,” Ninti Media founder Daniel Clarke said.

“Having a concrete funding base like this ensures I can focus on investigating and telling the story to its fullest without the common problem of needing to search for further financial support to get it completed. I thank Facebook and the Walkley Foundation for supporting vital regional journalism, which is so often forgotten or ignored,” he added.

The Daily Aus, a digital-first news publication for young Australians, will invest in building bespoke polling technology to allow them to survey Australians on the issues that matter to them – and use this research to deepen their journalism. 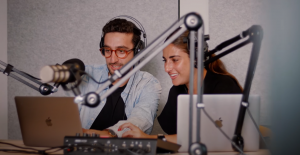 “The Daily Aus is so delighted to be launching a new core offering with the support of Meta to better understand the attitudes and behaviours of young people. Young Australians are typically underrepresented in the media, and we’re on a journey to rectify that,” the co-founder of The Daily Aus Zara Seidler said.

IndianLink, an established print and online publication for Australia’s 750,000-strong Indian diaspora, will use the funding to rebrand its publication and relaunch its website to appeal to younger audiences and increase its reporting on LGBTQI, sustainability and other under-reported issues relevant to its audience.

Family-owned The Illawarra Flame will launch a hyperlocal online news site and monthly magazine through the merger of three separate existing print publications. This will enable the team to create video content, increase their social media presence, and provide more grassroots coverage of community affairs in the Illawarra region that larger media outlets neglect.

The Facebook Australian News Fund is a three-year funding program open to Australian-based news organisations and independent journalists. Entrants must submit detailed project outlines, a budget indicating how the funds will be dispersed, financial information on their current operations, and milestones and the outcomes their project is aiming to achieve. The Walkley Foundation is managing the Fund independently of Meta and appointed two independent judging panels composed of industry experts to assess the applications and determine the successful recipients.

The highly competitive, robust and arms-length program launched in October 2021 and the Foundation received 169 compliant entries when applications closed in late November. The judges examined the applications in December and met in late January to discuss the merits of the projects and determine how best to allocate the funding.

About the judging process