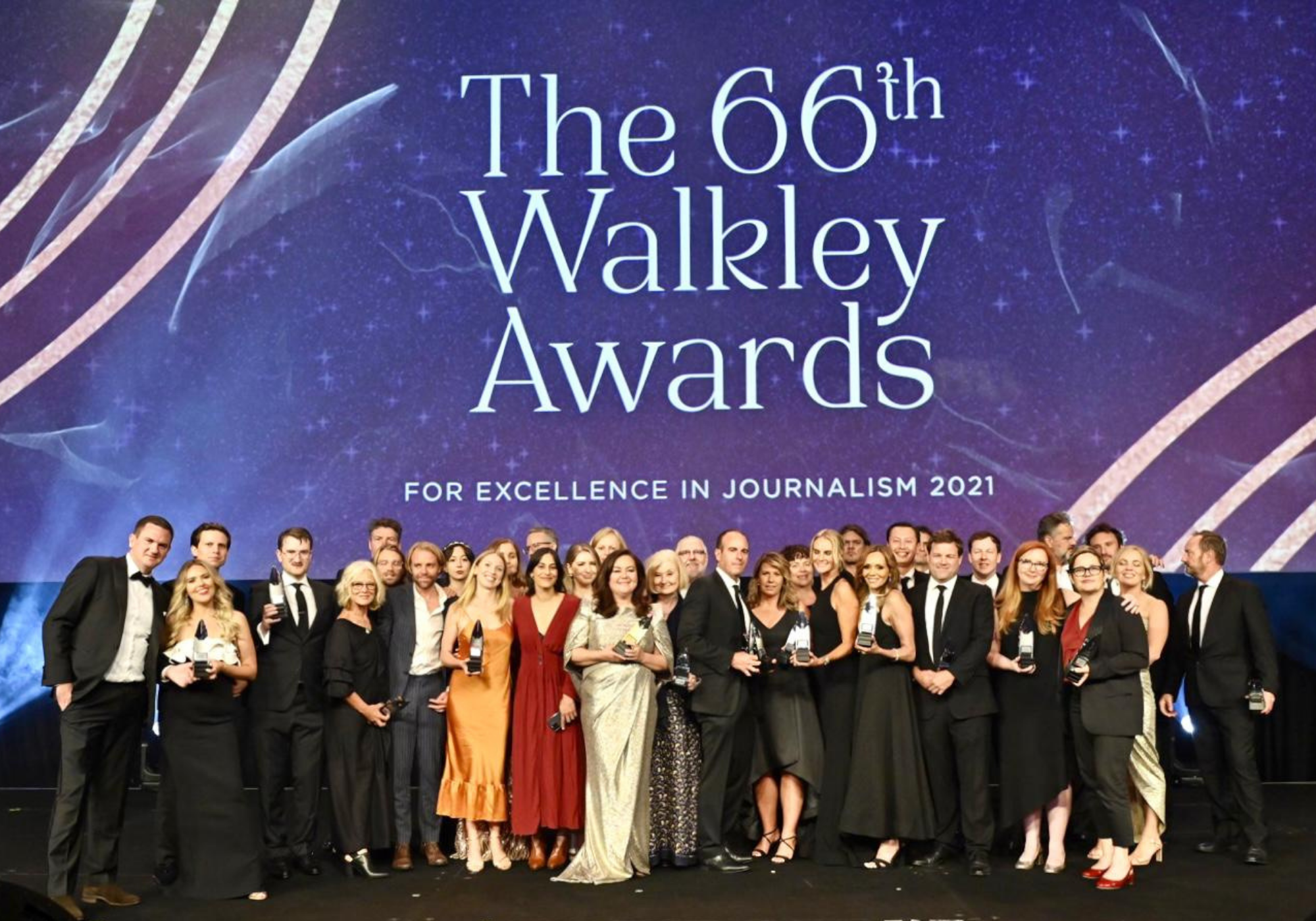 Samantha Maiden has won the Gold Walkley, Australian journalism’s highest honour, for her reporting for news.com.au on “Open secret: The Brittany Higgins story”.

The judges said “Samantha Maiden broke the story of Brittany Higgins’ allegation of sexual assault in Parliament House and pursued it fiercely for weeks. Her powerful reporting revealed significant new angles that built a disturbing picture of the mistreatment of women in Australian politics and fuelled a national discussion about gender relations that dominated public affairs in 2021.”

Alex Coppel was named the Nikon-Walkley Press Photographer of the Year for a body of work spanning  sport, breaking news, features and daily life, all loosely linked by the shadow that the COVID-19 pandemic cast over world events. Kate Holden’s The Winter Road (Black Inc.) won the Walkley Book Award. The Walkley Documentary Award went to Firestarter – The Story of Bangarra, from Ivan O’Mahoney, Wayne Blair and Nel Minchin for In Films and ABC.

The award for Outstanding Contribution to Journalism went to one of Australia’s most recognisable journalists and interviewers, George Negus. Known for his charisma, his peerless and fearless approach, and his signature moustache, Negus has reported through decades of technological, political and social change for news organisations including, ABC, SBS, Channel Nine, Network 10, The Australian and The Australian Financial Review.

The 66th Walkley Awards for Excellence in Journalism were presented in 30 categories, announced tonight in Sydney.

“The Walkley Awards are, without doubt, the highlight of the year for Australian journalists. After Covid-19 forced a virtual ceremony in 2020 and the postponement of the presentation of the 2021 awards, it is brilliant that we have finally been able to celebrate these achievements in person. Hearty congratulations to all the 2021 winners and finalists.”

The chair of the Walkley Judging Board, Michael Brissenden, praised the range and depth of this year’s winning entries, which must have been published, broadcast or televised in Australia in the 12 months from September 1, 2020 to August 31, 2021.

“This year, the judges had a difficult job picking winners among so many high quality entries across the 30 award categories that covered an incredibly broad range of subjects; from Covid-19 to the war in Afghanistan, mental health, underprivileged Australians, sexual harassment, racism and the Tokyo Olympics. The winning entries showcase the pinnacle of Australian journalism, long-form writing and photojournalism,” he said.

The list of winners follows. Photos by Adam Hollingworth. 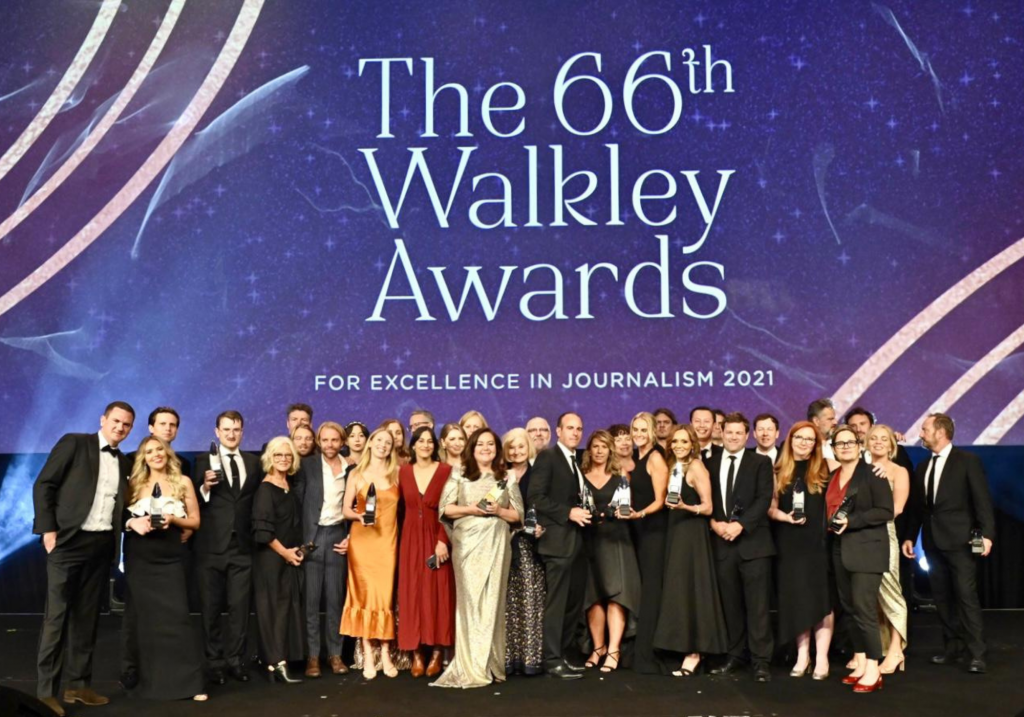 HEADLINE, CAPTION OR HOOK
Award Partner ACM
Duska Sulicich, The Age, “Michael rolled, the vote assured, Hallelujah!”, “It’s all a bit cray-cray” and “The Art of the Steal”

FEATURE WRITING SHORT (UNDER 4000 WORDS)
Award Partner The Sydney Morning Herald and The Age
Tom Patterson, The Australian, “Searching for a lost soul”

SPORT PHOTOGRAPHY
Alex Coppel, Herald Sun, The Daily Telegraph, The Courier-Mail and The Advertiser, “The Games that Had to Happen”

PRODUCTION
Rhiona-Jade Armont and the 101 East team, Al Jazeera English, “This is Myanmar’s State of Fear”

SCOOP OF THE YEAR
Award Partner Nine News
Ellen Whinnett, The Daily Telegraph, Herald Sun, The Advertiser and The Courier-Mail, “The AN0M Files”

INVESTIGATIVE JOURNALISM
Award Partner AGL
Nick McKenzie and Joel Tozer, 60 Minutes and The Age and The Sydney Morning Herald, Nine, “Nazis Next Door”, “Inside Racism HQ: How home-grown neo-Nazis are plotting a white revolution” and “From kickboxing to Adolf Hitler: the neo-Nazi plan to recruit angry young men”

COMMENTARY, ANALYSIS, OPINION AND CRITIQUE
Award Partner Thomson Geer Lawyers
Katharine Murphy, Guardian Australia, “Brittany Higgins’ shocking story must be a turning point. Women in politics have had enough”, “Canberra’s pale, stale and male tribe is missing the moment – as it did with Julia Gillard’s misogyny speech” and “Scott Morrison’s efforts to engage with women are more ‘me’ than mea culpa”

The 2021 Walkley Judging Board were: 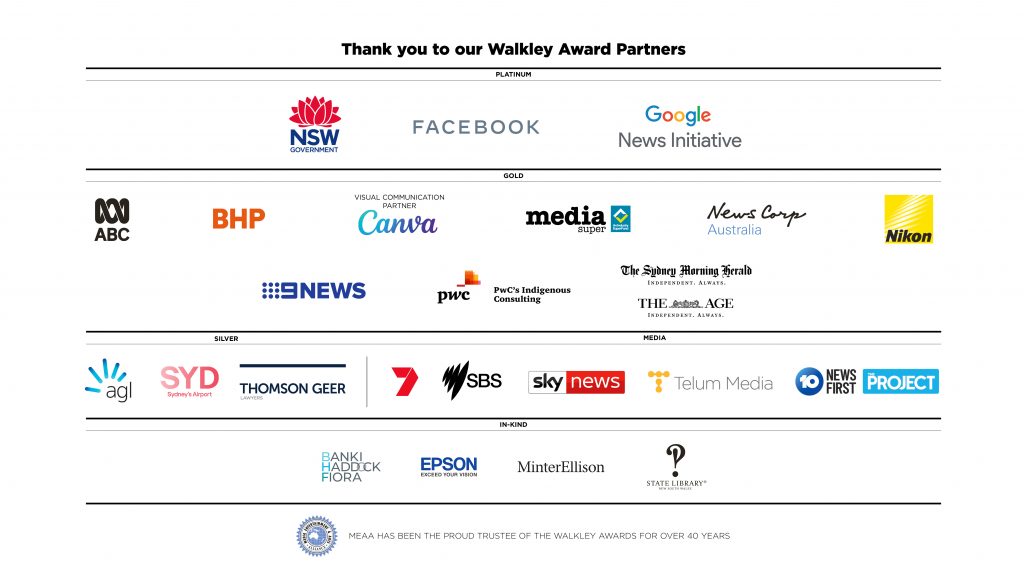