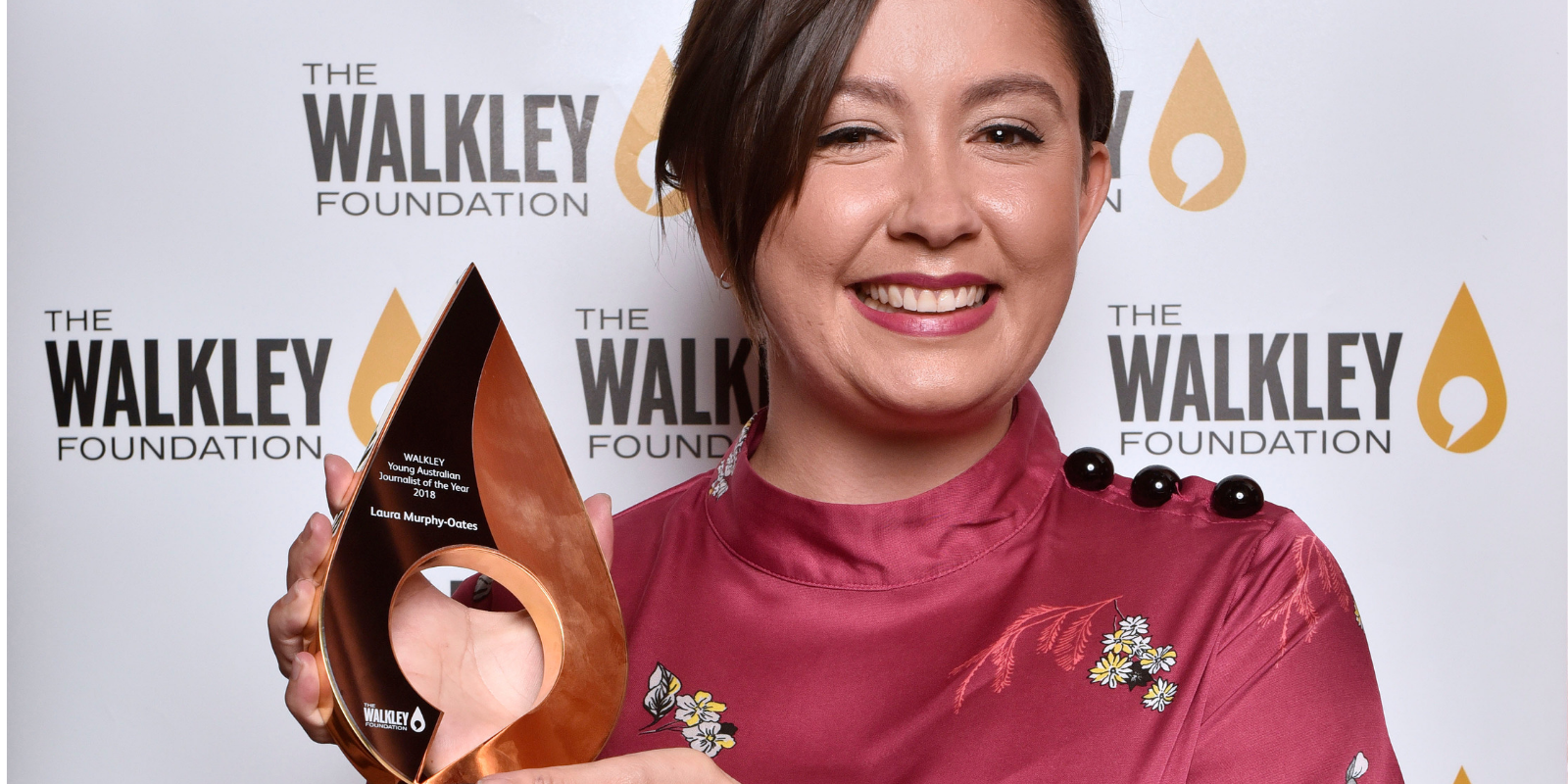 Peer-judged and selected on the basis of journalistic excellence, the Mid-Year Awards encompass seven awards, including the Young Australian Journalist of the Year Awards, as well as the Jacoby-Walkley Scholarship, the Arts Journalism Awards and the Women’s Leadership in Media, Freelancer of the Year and Industrial Reporting Awards. The announcement took place at The Beresford in Sydney.

SBS journalist Laura Murphy-Oates was crowned as the 2018 Young Australia Journalist of the Year, winning a 2-week trip to US newsrooms. The Walkley Advisory Board, represented by Angelos Frangopoulos, Lenore Taylor, Simon Crerar and Claire Harvey, was unanimous in naming her as winner.

“Laura’s body of work was outstanding,” they said in their comments. “We couldn’t look away. The fact that she was a winner in two categories also speaks to the high quality of her work, the depth of her reporting, her ability to draw insights from interviewees, and her skill in crafting a narrative that engaged viewers.”

You can view photographs of the Mid-Year award-winners in our Facebook album.
Media assets are available here – including high-resolution images of the winners, their bios and the judges’ comments.

Thanks to the support of the Jibb Foundation, Laura  will fly to the USA to undertake two weeks’ worth of work experience with BuzzFeed, The New York Times, Columbia Journalism Review, Twitter and Quartz. All category winners will also receive mentoring from senior journalists.

COVERAGE OF COMMUNITY AND REGIONAL AFFAIRS

STUDENT JOURNALIST OF THE YEAR

Jane Caro, The Saturday Paper, ABC News online and University of Queensland Press, “Women’s Entrappings of High Office” “Women over 50 are living out two fates that show feminism is an incomplete project” “Unbreakable: Women share stories of resilience and hope”

Supported by:  Media Super and MEAA

Delia Falconer, The Sydney Review of Books, “The opposite of glamour”

The Walkley Foundation thanks all partners for their support: