“‘It’s a Massacre’: Blast in Kabul Deepens Toll of a Long War”

“‘It’s a Massacre’: Blast in Kabul Deepens Toll of a Long War”

Andrew Quilty writes: “At lunchtime on a winter’s day in Kabul, where a street famous for its Afghan carpets meets another lined with government offices and embassies, an ambulance was waved through a checkpoint but stopped by police at a second. Here, its driver, sent by the Taliban, detonated explosives that filled the rear of the vehicle. 103 people were killed and a further 230 injured in the blast. Most were civilians going about their days; friends eating lunch or Interior Ministry employees queuing outside an administrative office.

“The ambulance bombing was just one in a string of attacks on predominantly civilian targets that have escalated in ferocity and frequency in the past year. Such attacks are seen as the result of intensified air campaigns from Afghan and American aircraft, which make it difficult for the Taliban and ISIS-K to engage in conventional combat against government forces. Instead, they are conducting devastating bombings in urban centres where innocent civilians make up the majority of casualties. For residents of Kabul, the battlefield is now at their doorsteps.”

The judges praised Quilty’s images as well shot. “The wide image with the entanglement of bodies and steel; it’s gruesome, but it’s like a painting, there are so many facets to it. Imagine living like that.” 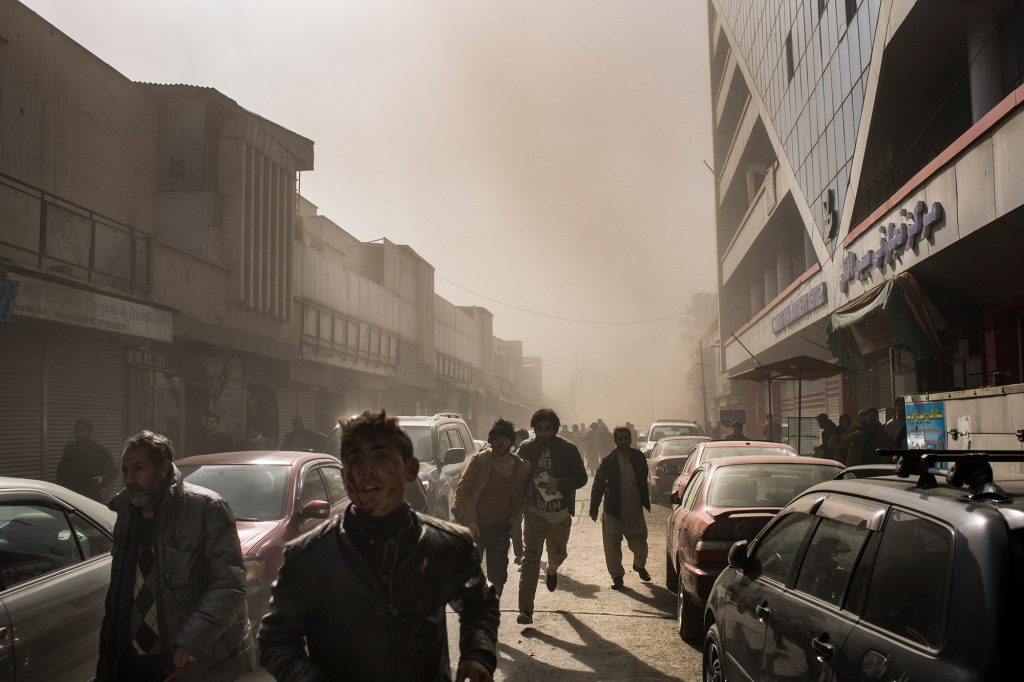 Moments after an ambulance packed with explosives was detonated at the far end of Chicken Street (pictured) shopkeepers, passersby and residents, some injured, ran from the scene. 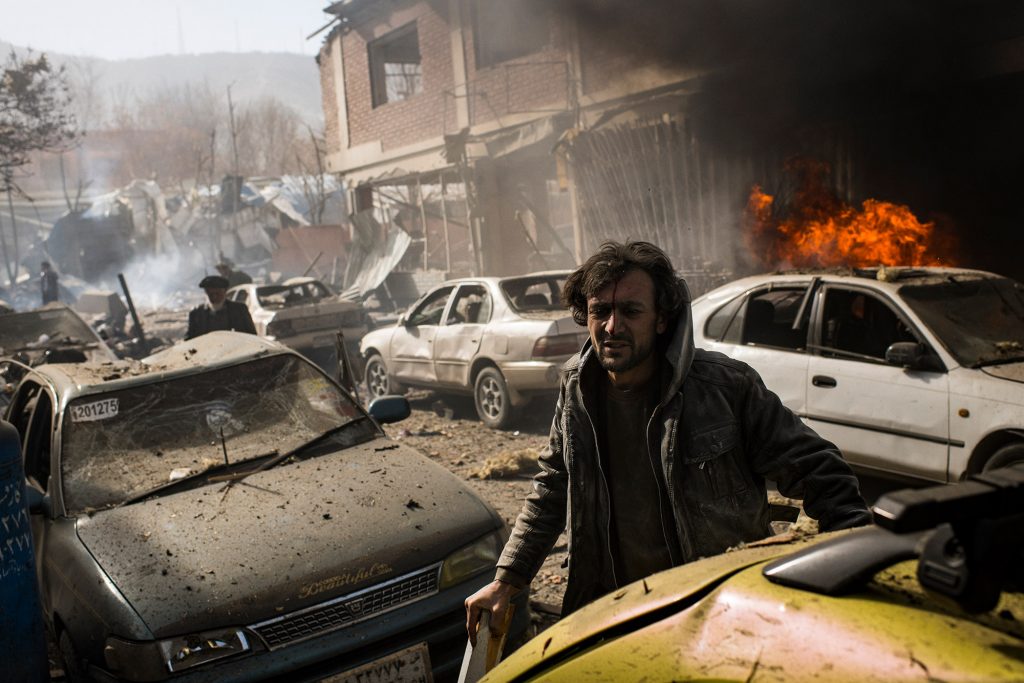 Minutes after the blast, as cars burned and dust and smoke hung in the air, an injured man used a piece of timber as a crutch to hobble away from the scene. 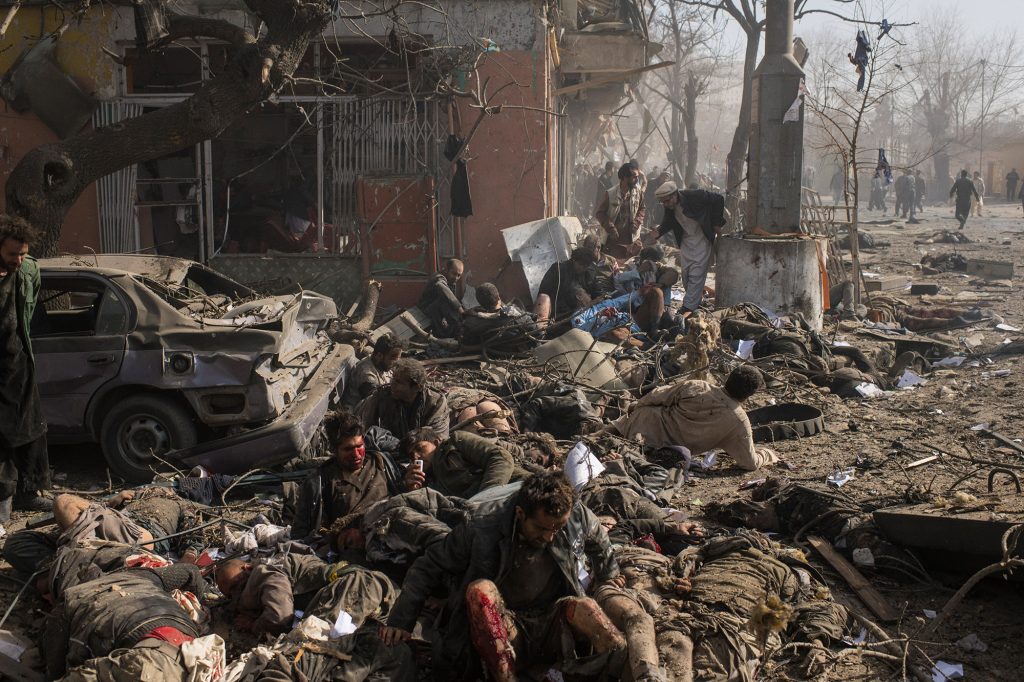 Victims lie dead and severely wounded among fallen branches, crumpled cars and debris after the huge bomb was detonated only metres away, minutes earlier. Miraculously, some in this photograph survived. 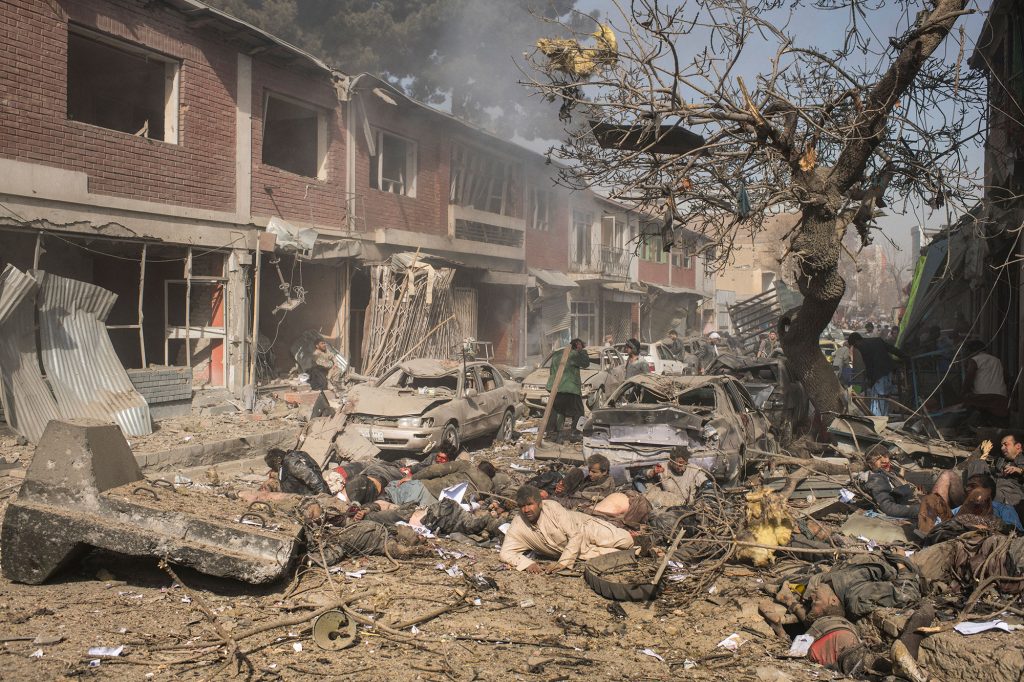 Dozens of civilians had been milling around restaurants and tea shops on the corner of the intersection, metres from where where police had stopped the vehicle before it exploded. Few so close survived. 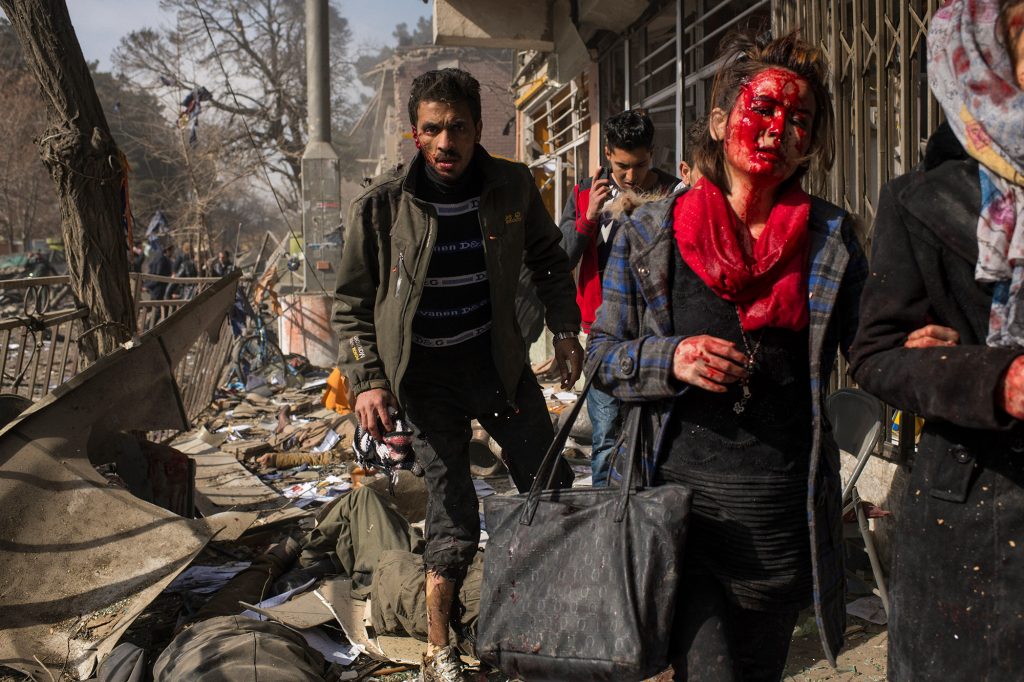 Rahela, her face bloodied from glass that shattered inside the printing shop where she had been with her sister (right) when the blast occurred, is helped from the scene before being taken to hospital. 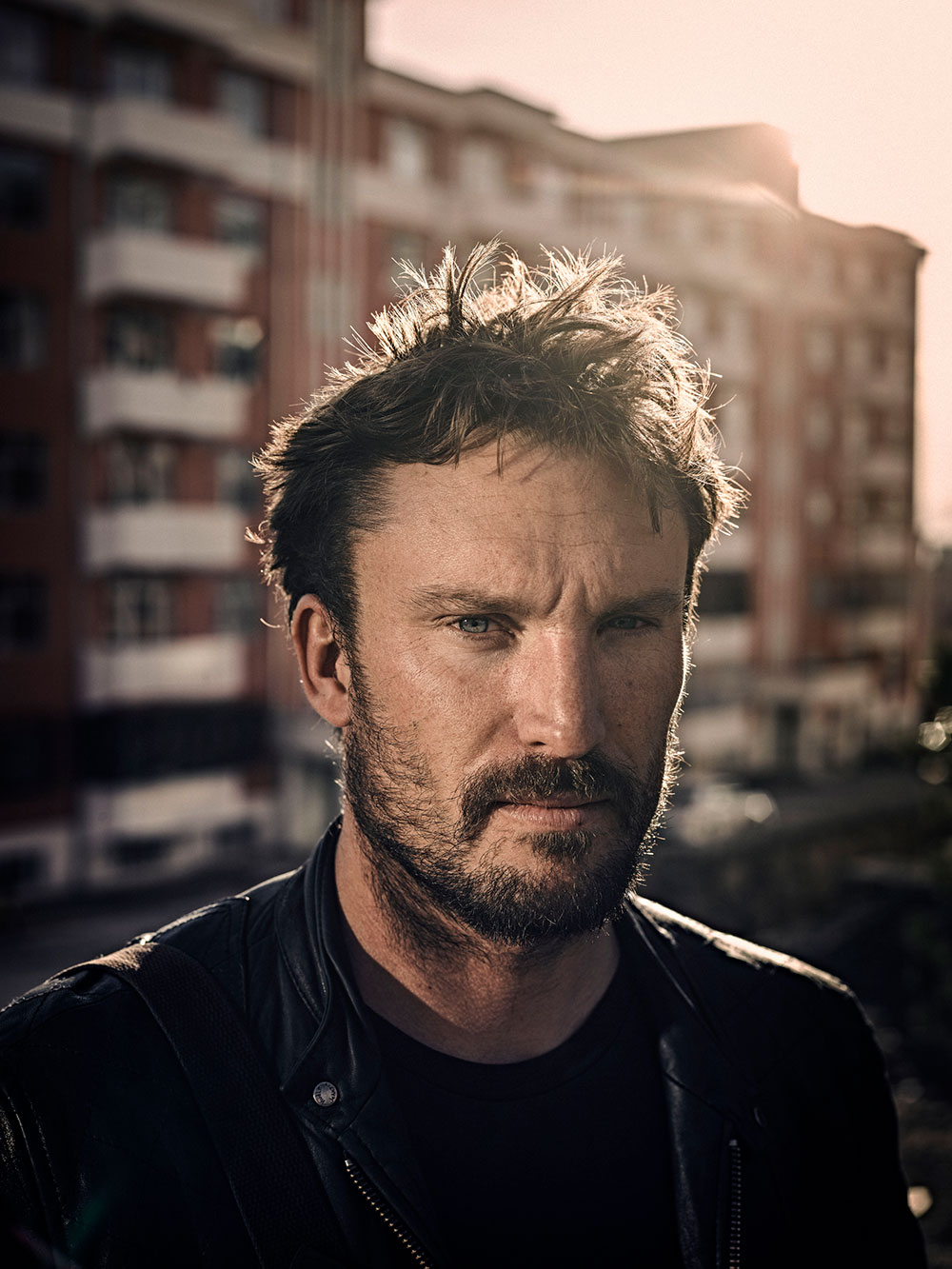