“Come and Get Me”

“Come and Get Me”

“PM rolled by His Own Ministers”

“Abbott’s Gamble with No Safety Net”

Peter Hartcher’s writings put the public across the inner machinations of the government and, with one column, directly into the sanctum of a particular Cabinet meeting. The results were explosive.

Peter Hartcher is the political editor and international editor of The Sydney Morning Herald. He began in journalism as a cadet at the Herald in 1982. His first decade at the paper included serving as its chief political correspondent in Canberra and as Tokyo correspondent. He moved to The Australian Financial Review for the next decade. Posts at the AFR included Asia-Pacific editor and Washington correspondent. He returned to The Sydney Morning Herald in 2003 to take up his current positions. He was the first visiting fellow to be appointed to the Lowy Institute for International Policy. He has published four books on economics, politics and political economy, and two essays. Hartcher has won two Walkley Awards, including the Gold Walkley in 1996. 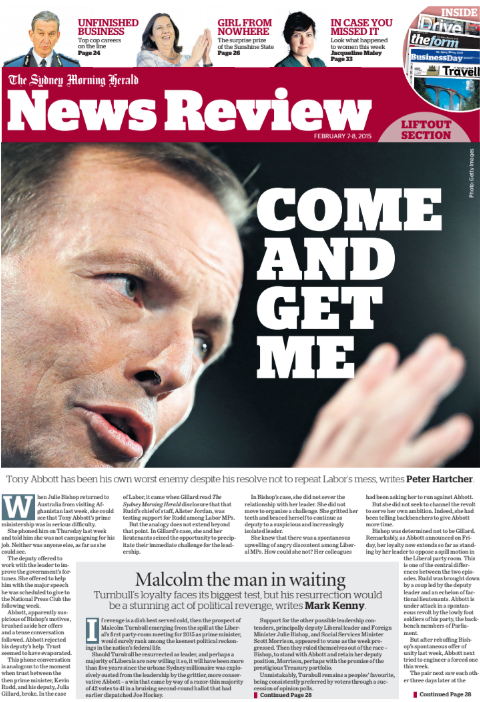 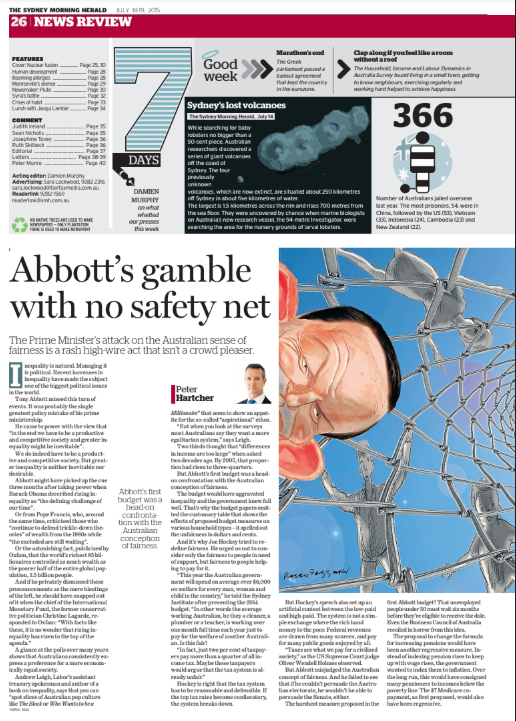 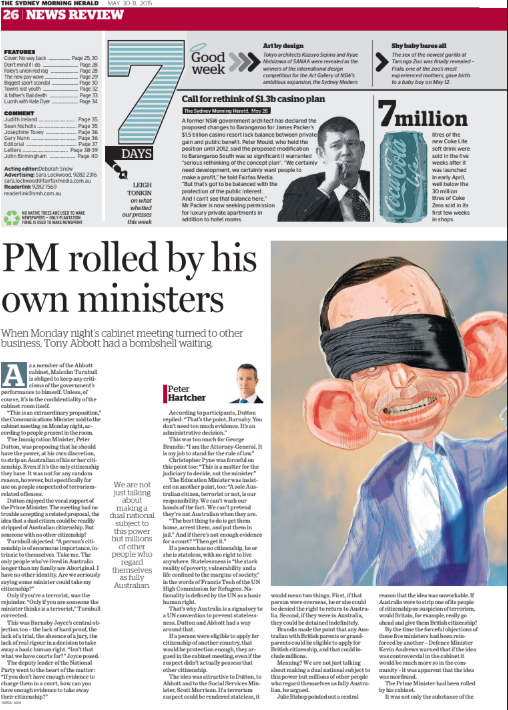 Peter Hartcher’s entries stood out for their mixture of forensic analysis and strong newsworthiness. He had an intimate account of the breakdown of Tony Abbott’s relationship with his deputy Julie Bishop. He took us into the inner sanctum of Cabinet in unprecedented detail, revealing how Tony Abbott was rolled by his own front bench on national security legislation, in a widely quoted, agenda-setting article. Hartcher put a lot of effort and work into his coverage of the leadership. It’s important work, and ended up being very influential in the debate.